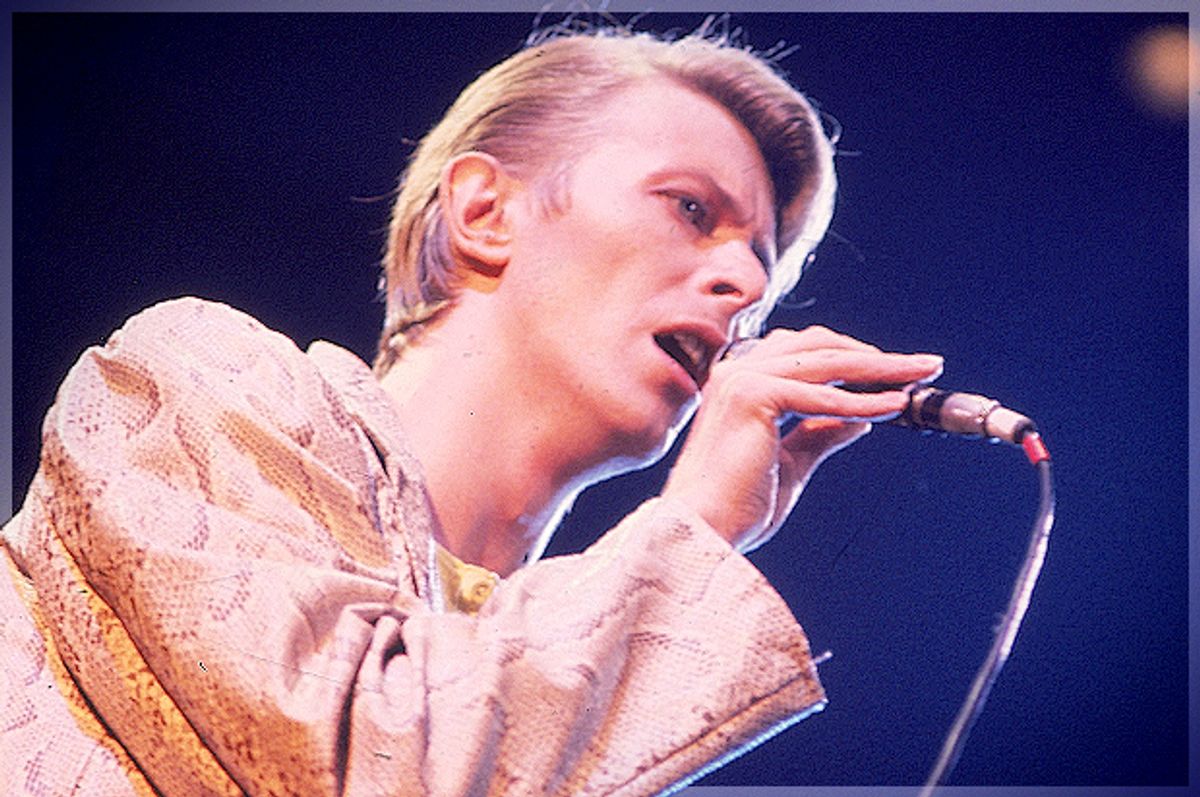 In a statement posted by the BBC, David Bowie's longtime friend and collaborator Brian Eno -- the pair worked on three of his most important mid-period albums, "Low," "'Heroes,'" and "Lodger" -- wrote that "David's death came as a complete surprise, as did nearly everything else about him. I feel a huge gap now."

"We knew each other for over 40 years, in a friendship that was always tinged by echoes of Pete and Dud," he continued. "Over the last few years -- with him living in New York and me in London -- our connection was by email. We signed off with invented names: some of his were mr showbiz, milton keynes, rhoda borrocks and the duke of ear."

The two collaborated again on Bowie's 1995 album "Outside," and they had apparently been considering revisiting that material. "About a year ago we started talking about 'Outside,'" Eno wrote, "the last album we worked on together. We both liked that album a lot and felt that it had fallen through the cracks. We talked about revisiting it, taking it somewhere new. I was looking forward to that."

He last heard from his friend a week ago, and the email was "as funny as always, and as surreal, looping through word games and allusions and all the usual stuff we did. It ended with this sentence: 'Thank you for our good times, brian. they will never rot'. And it was signed 'Dawn.'"

"I realize now he was saying goodbye," Eno wrote.