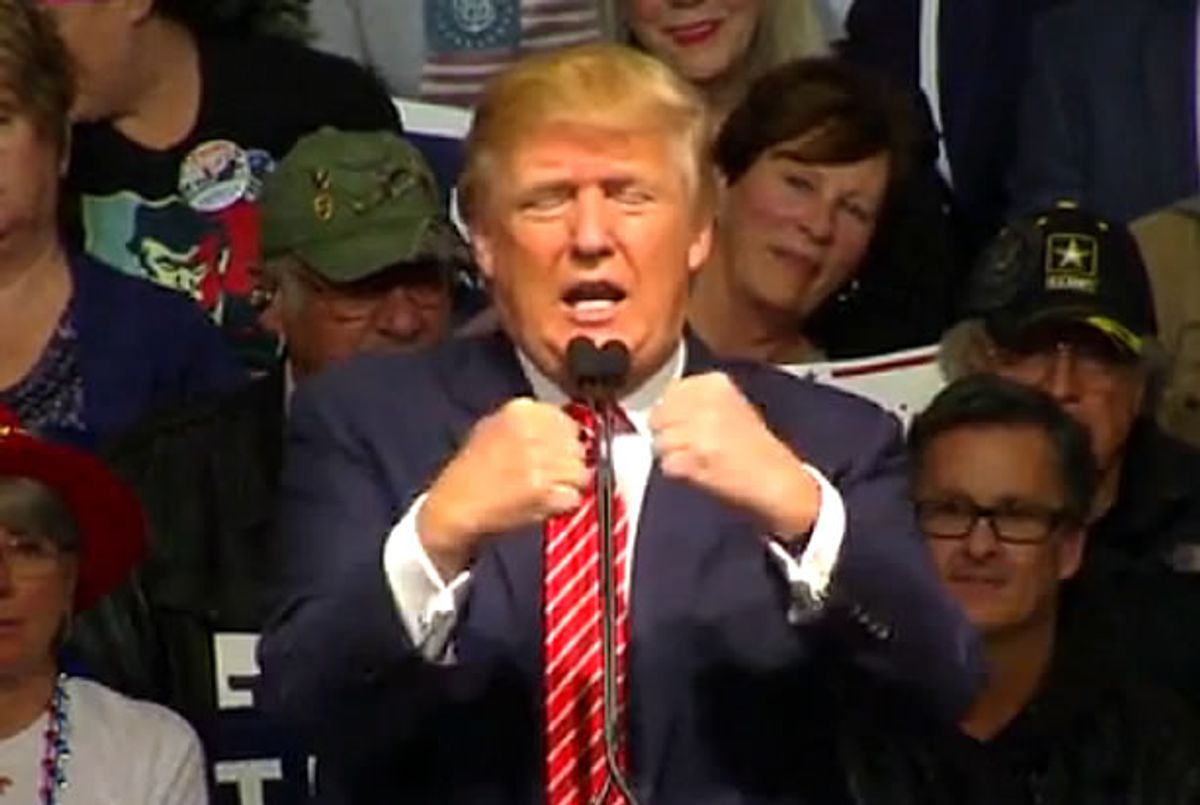 At a campaign event on Sunday, GOP front-runner Donald Trump said that the problem with the NFL isn't that its concussion protocols are only so in name alone, but that those playing the game have become, like all Americans, "soft."

Trump's ability to insult the dignity of the very people he's speaking to is quite impressive, as he demonstrated again on Sunday. "So I'm watching the game yesterday, and what used to be considered a great tackle, a violent head-on tackle -- you used to see these head-on tackles. Now they have one, it's 'fifteen yard penalty,' the whole game is screwed up."

"It’s become weak and you know what?" he asked. "It’s going to affect the NFL. I don’t even watch it as much anymore."

He did, however, reiterate his support for one football player in particular -- New England Patriots quarterback and "winner" Tom Brady. "It’s boring — although I love Tom Brady. I gotta tell you. I do love Tom. He’s a great guy. But it’s different. But it’s become soft and our country has become soft."

Watch his entire statement on the new, soft American below via CNN.