Ricky Gervais eviscerates Mel Gibson: The nicest thing he can say is "I'd rather have a drink with him in his hotel tonight than Bill Cosby" 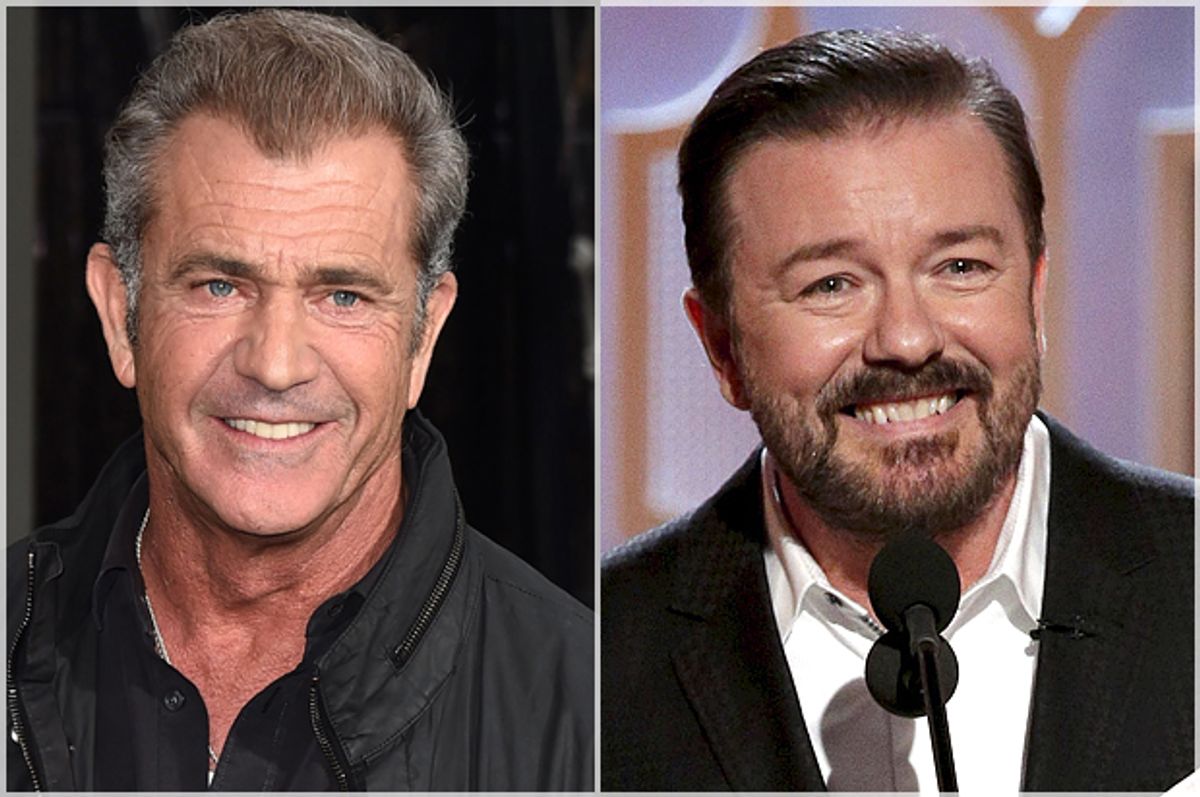 Ricky Gervais keeps pushing. Joking about what a loon Mel Gibson is hardly rare in Hollywood circles, but Gervais decided to do it just as he was introducing him.

“A few years ago I made a joke about Mel Gibson getting a bit drunk and saying a few unsavory things,” Gervais said. “We’ve all done it. I wasn’t judging him, but now I find myself in the awkward position to introduce him again. Listen I’m sure its embarrassing for both of us and I blame NBC for this terrible situation, Mel blames … well we know who Mel blames.” That’s right, Gervais was clearly calling out Gibson’s history of anti-semitism.

“Listen, I still feel bad about it,” Gervais continued. “Mel’s forgotten all about it. That's what drinking does. I want to say something nice about Mel before he comes out: I'd rather have a drink with him in his hotel tonight than Bill Cosby.”

When Gibson came out, it wasn’t clear if the two were going to embrace or start throwing punches.

“I love seeing Ricky every three years because it reminds me to get a colonoscopy,” Gibson offered.

Gervais returned to the stage, beer in hand. “Listen, can I ask you a question,” Gervais said, coming back out. “I think we all want the answer to this. What the f--k does sugart--s even mean?"

Watch the awkward exchange below: