"A Surging Sanders is when you come out of nowhere": Trevor Noah's legend of Bernie Sanders

Bernie Sanders is the yin to Trump's racist yang. 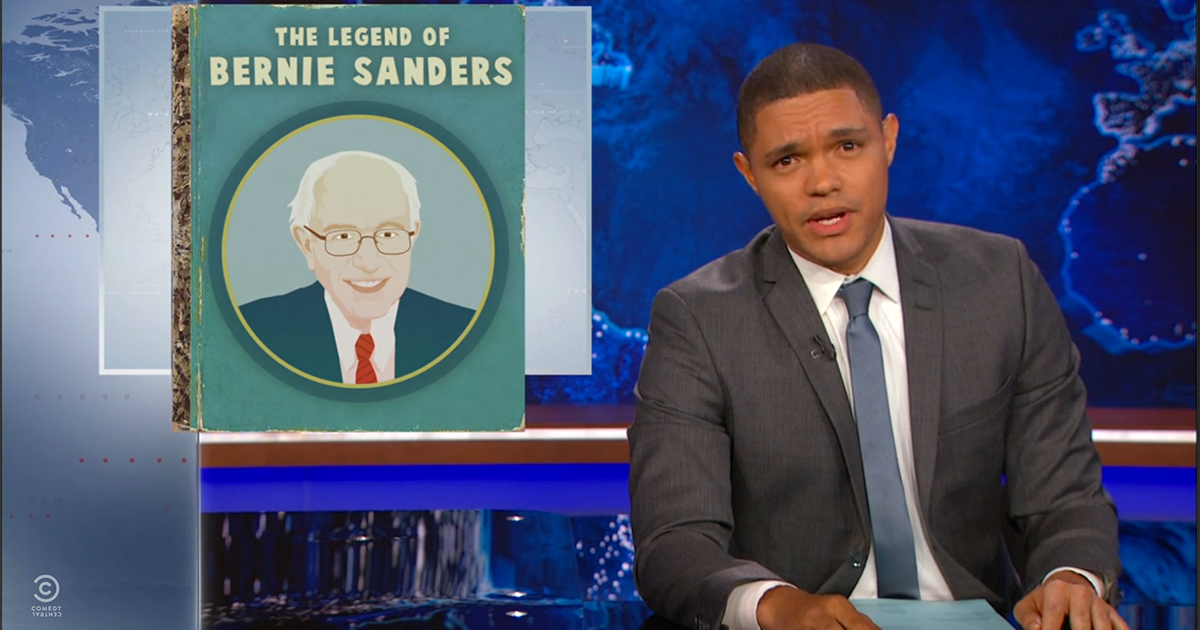 Bernie Sanders is staying competitive with Hillary Clinton, the long-presumed nominee for the Democratic nomination. Not only is he ahead in the latest Iowa polls, he's also staying in the game on fundraising, too. That's why Trevor Noah wanted to take a look at this new-old force in the Democratic party.

On Tuesday night's "Daily Show," Noah told us that Sanders was the son of a Che Guevara poster and a scratchy wool sweater. "A turning point came in his life when he was bitten by a radioactive senior citizen, giving him the power to be as grumpy as 10 old men," Noah said. "You think this is a joke, but Bernie Sanders released an actual folk album in 1987 titled 'We Shall Overcome.'" The excerpts are priceless. Sanders should totally do other covers like Adele's "Hello."

When it comes to Sanders' politics, Noah highlighted some of the Bern's policies like breaking up the big banks to avoid more massive potential bailouts and open up the possibility of letting the post office do basic banking services. It's actually a great idea to help those in need avoid those awful check cashing places and predatory lenders. But he's perhaps most known for his plan to lift caps on income for the rich and get rid of loopholes for those who hide their money in tax-free tax havens.

But the most compelling thing about Sanders is that he is obviously the universe's attempt to balance out Donald Trump. "Bernie is the yin to Trump's racist yang," Noah said. But while they might seem worlds apart, the two have a lot in common. Like the frequent usage of the word "huge" and the whole shouty thing.

Check out more in the video below: