It's no surprise that white nationalists have made Trump their guy: Seth Meyers does a "Closer Look" at his racist supporters

Gee wiz, just because an old white guy hates anyone non-white doesn't mean he's a racist does it?! Yes, yes it does 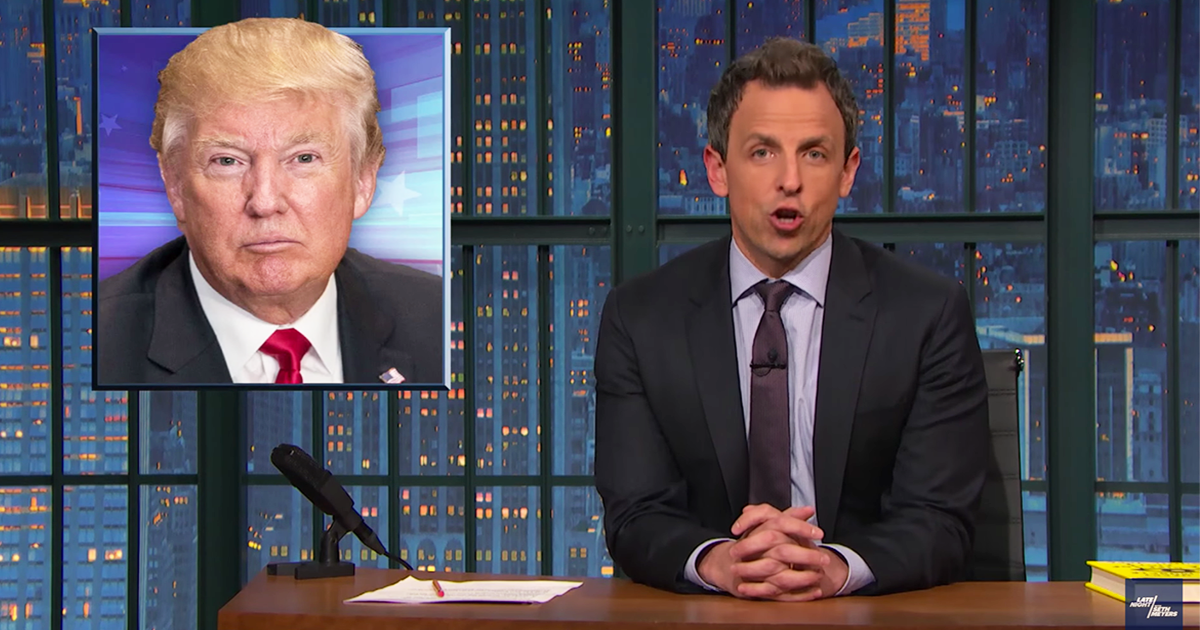 "If you've been following the news lately, you know it's an incredibly hard time for white people," Meyers joked. But there's hope in the white candidacy of Donald Trump. According to a robocall that went out to Iowa voters, "we need smart, well-educated white people who will assimilate to our culture. Vote Trump!"

But, the white nationalists aren't the first to stand with Trump. Last year, KKK head David Duke said he also liked what Trump had to say, but said that Trump is prone to speak "more radically than I talk."

The Trump campaign doesn't understand the whole thing and said that they have done nothing to incite such racism among his supporters. "Where could this group possibly be getting the idea that that there's such a thing as bad immigrants and good immigrants and that we should only accept the good ones?" Meyers asked.

But Trump isn't alone on the racist front. Last week, Maine Gov. Paul LePage was quoted saying "these are guys with the name D-Money, Smoothie, Shifty – these types of guys – they come from Connecticut and New York, they come up here, they sell their heroin, they go back home... Incidentally, half the time they impregnate a young white girl before they leave, which is a real sad thing because then we have another issue we have to deal with down the road."

His apology was pretty half-hearted when he said his brain wasn't caught up to his mouth. "I'm not sure your brain was trying to catch up with your mouth at all. I'm pretty sure it was saying, 'you go on without me! You'll be fine!'" Meyers joked.