Lena Dunham, Mindy Kaling, Aziz Ansari: We’re not buying their books — but we’re paying for them in other ways 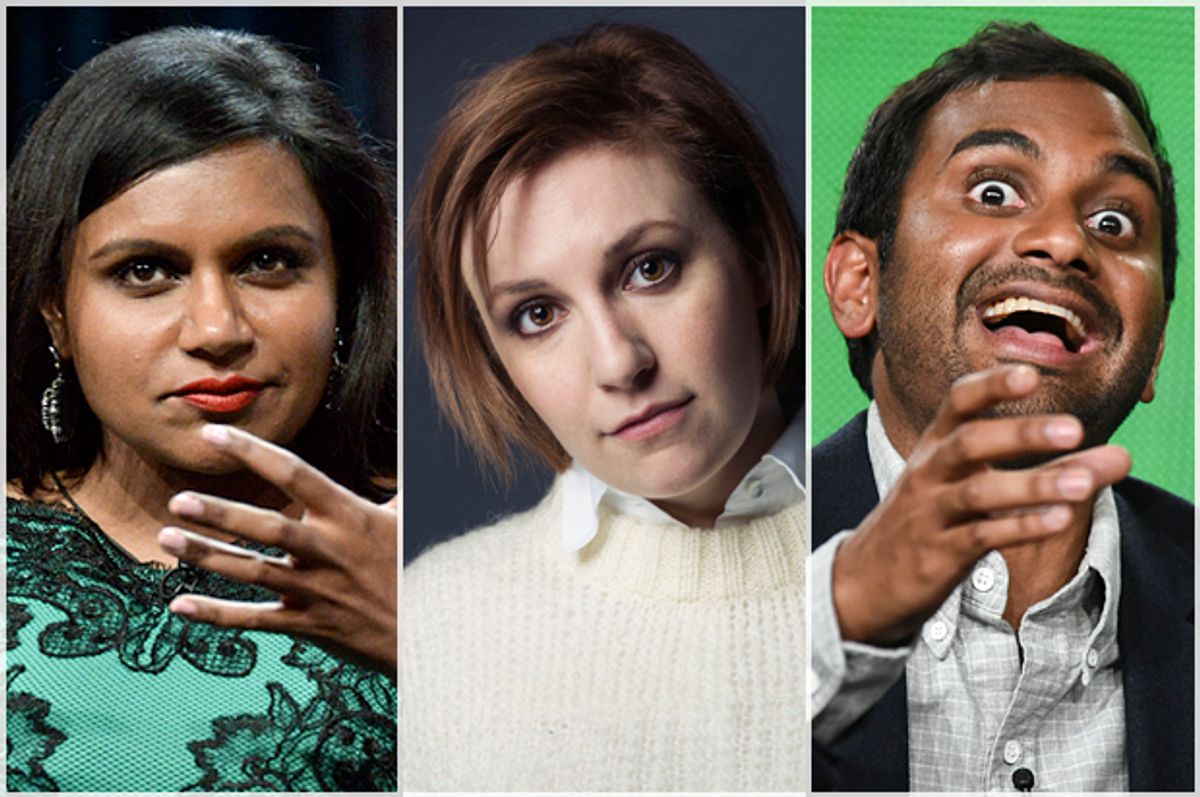 Celebrity memoirs seem to be failing to hit as hard as they’re expected to. According to The Wrap:

Celebrity-penned nonfiction books have typically served as mutually beneficial partnerships between publishers stars [sic] looking to extend their brands — but if the top selling books of 2015 are any indication, that relationship may be on the rocks.

On the surface, this is bad news: It’s always sad when publishers don’t generate the revenue they’re hoping for. Twenty-first century changes, between the move to digital and the fading of the once-robust middle class, have hit all the creative “industries” (sorry, terrible term); publishers have held up better than music, photography, and journalism, and a lot of us would like to keep it that way.

But the weak performance of celebrity memoirs may wean publishers from a bad habit.

Some caveats: Patti Smith is an incredible writer, Mary-Louise Parker’s “Dear Mr. You” is well-written and engaging, and so on. But the issue here isn’t the quality of individual authors or books.

The problem with celebrity culture is that it feeds on itself, and makes more. Lena Dunham is a truly talented writer and actor -- but when she gets a $3.7 million advance, guess what the publishing news is that day? Guess what book gets reviewed the day hers comes out? Guess whose doesn’t get reviewed? You’ll have to guess, because we don’t hear about the midlist writers who are eclipsed by celebs. And the publisher’s next aim? To try to find another celebrity. It’s a vicious cycle.

When Dunham’s advance was announced, Rob Spillman wrote in Salon about his admiration for Barney Rosset of Grove Press:

Imagine what Rosset would have done with $3.7 million dollars? Let’s say he paid 370 writers $10,000 advances each. Odds are that 20 years from now, a handful of those books would have been cultural touchstones, each outselling Dunham’s advice book. Right now, off the top of my head, I could give you a list of 370 writers who would write books that would have longer lasting cultural impacts than Dunham’s 15 minutes of publishing glory. Or, let’s be more generous and more selective: Let’s give 37 writers $100,000 advances. Most struggling writers I know would kill for that kind of advance and could easily stretch that amount out to finish their books. Let’s say only one of these writers turns out to be a Lorrie Moore, Dorothy Allison, Karen Russell or Denis Johnson. Over time, they would surely outsell Dunham. And if two of the 37 turn golden? Let’s be ambitious. What if there are five brilliant writers in the group — roughly one out of every seven writers — we’ve chosen to invest in?

Writers who end up being important and influential often spend years, even decades, in obscurity. If publishers are transfixed by celebrity, the attention they generate, and the huge numbers they’re supposed to bring, everything else becomes secondary. The values of the business change.

The counter-argument here is that celebrities generate income that can go to other projects. But that money goes, usually, to signing other celebrities. Mindy Kaling, whose "Why Not Me?" sales clocked in between Dunham's and Ansari's in 2015, is splitting a $7.5 million advance with her ex (and former "Office" colleague) B.J. Novak to co-write a book about their relationship. And around we go.

It’s about larger ecology of publishing – and what we could call the culture of the culture. Look at television, newspapers, websites: Media coverage of celebrities gets deeper and more widespread every year, and the books drive the late-night appearances which drive the stories on the websites the next day.

This will sound utopian, but can’t culture be a place where good ideas, stories, songs, and everything else come from the most talented people, not just the most famous people?

But if publishers reorient themselves to putting out the best books instead of books by the most famous people, it could start to reclaim a little space for the rest of the world.