Nikki Haley belittles Trump in official GOP response to State of the Union: Do not "follow the siren call of the angriest voices" she implores GOP voters

"Some people," she said, "think you have to be the loudest voice in the room to make a difference" 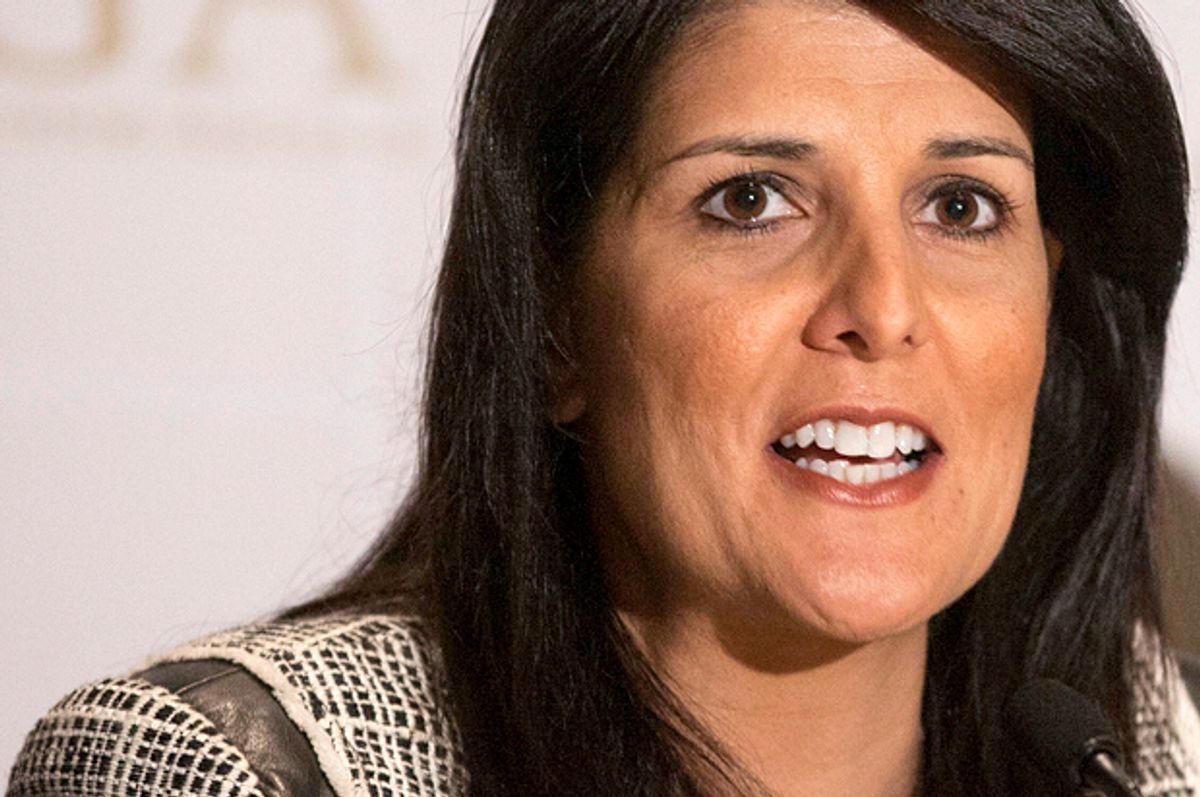 The Republican Party seems increasingly worried that its next presidential candidate might up being Donald Trump. South Carolina Governor Nikki Haley followed President Barack Obama's State of the Union address -- which was itself an implicit criticism of the hatred at the heart of Trump's campaign -- with a speech that made it clear just how unhappy her party's establishment is with its base's current choice for a nominee.

"Today, we live in a time of threats like few others in recent memory," Haley said. “During anxious times, it can be tempting to follow the siren call of the angriest voices. We must resist that temptation."

"No one who is willing to work hard, abide by our laws, and love our traditions should ever feel unwelcome in this country,” she continued. “I have no doubt that if we act with proper focus, we can protect our borders, our sovereignty and our citizens, all while remaining true to America’s noblest legacies."

"In many parts of society today, whether in popular culture, academia, the media or politics, there’s a tendency to falsely equate noise with results,” Haley said.

"Some people," she added, politely refusing to name names, "think that you have to be the loudest voice in the room to make a difference. That is just not true. Often, the best thing we can do is turn down the volume. When the sound is quieter, you can actually hear what someone else is saying. And that can make a world of difference."

Watch her entire response below via PBS Newshour.