Obama's State of the Union optimism: "The difference between Reagan and Obama is that Reagan believed it in his bones"

Salon speaks to a Duke political scientist about fear, pessimism and the American need for happy endings 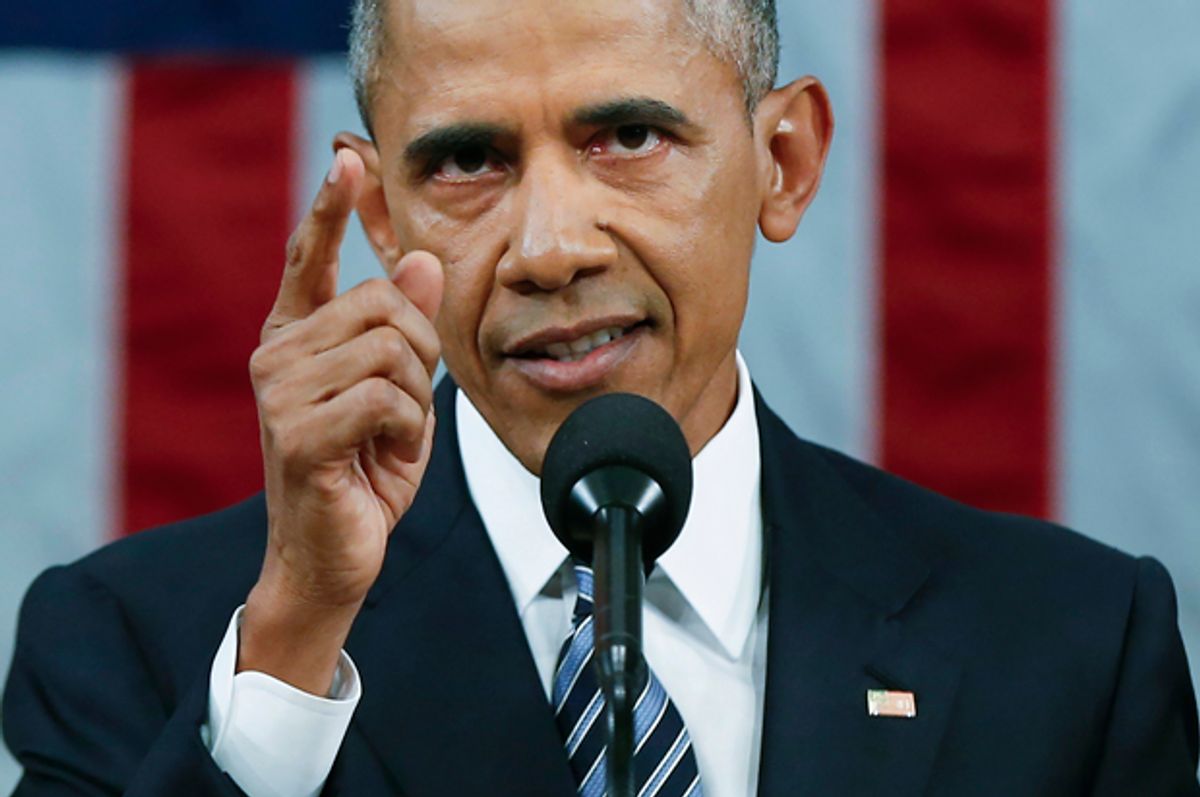 Given the fraught state of the nation, and the intensity of partisanship, President Obama’s final State of the Union speech seemed oddly lit with optimism. Presidents like to conclude their terms with a sense of completion, of having made progress and restored the nation, but given the sense of anxiety across the country, his point of view may not be widely shared even among people who like him. Or maybe a president needs to be optimistic and lines like "I believe in change because I believe in you" are both honest and useful for leadership.

We spoke to Frederick Mayer, a professor of public policy at Duke University, about the importance of optimism in the presidency. The interview has been lightly edited for clarity.

Let’s start with the State of the Union speech. Did Obama’s optimism seem misplaced? And how did it resonate around the country and across the political spectrum?

I think he was trying to stir up optimism. His sense that we need optimism is not misplaced – I think a diagnosis that we are unduly pessimistic and indeed fearful is exactly right. That we have lost a feeling of optimism about the future… Did that speech alone turn the tide? No. His speeches are often terrific in the moment but they don’t seem to have legs.

How has optimism worked in the past? I’m thinking of Reagan’s optimism, which very much worked for him, and Carter’s “malaise” speech, which originally drew strong reviews but is now considered to be part of the reason for his defeat.

We want our presidents – the ones we end up liking – to be optimists. We yearn for an optimistic story about America and we yearn for a president to tell us that story. The difference between Reagan and Obama is that Reagan believed it in his bones. Obama gives these great speeches, but on a day-to-day basis he doesn’t exude that Reaganesque optimism… Reagan’s whole sense of the world was defined by optimism and the sense that there was a pony somewhere down there. Whereas I think Obama is a policy wonk and he loses track of the story.

I wonder if it would be possible for an American president to generate support and a strong following without being optimistic? Or is it required to lead this country?

Well, I don’t think Senator Cruz is particularly optimistic right now. I think we’ve had people rise through fear and pessimism as well. Implicit in their appeal is, “The world is in peril, in danger – I’ll lead us out.” But there are moments in our history when politicians have been effective in the short run in pandering to fear. As well as to optimism. We’re all poised between hope and fear – the question is how the story will end.

How does it differ from other countries? Especially countries that are in some ways similar to us like Britain? Do they require optimism in our leadership the way we do?

I think to a lesser extent. The caricature is that we always need to have a happy ending in our films – the French don’t require that. There’s a sense in which America and American culture always has a sense of becoming, of moving toward a better future. In many countries there’s a sense of a lost golden age – that we’ll never be what we were. But the U.S. is a young country, always growing. We’ll have it better, we’ll be more powerful… That sense of confidence, for the most part, is in our DNA.

We’ve had other moments – Depression, Civil War – but when you look at people’s beliefs, and right track/wrong track surveys, confidence in our institutions, level of anxiety about all manner of things, I think we haven’t lost it, but it’s much diminished. That sense of confidence, that the future will be better than the past.

Are there any risks or dangers to optimism, either for a political leader or an individual?

I think there’s a danger of the letdown after the euphoria. I think you saw that with Obama: Hope and change, the exhilaration of that park in Chicago… The expectations were raised so high, and then reality sets in, and it’s not so easy to translate the broad brush aspirations of the campaign into actual policy.

The danger is a kind of disillusion – and I think that’s one interpretation of what’s happened. You energize a whole generation of young voters who have had their hopes dashed a bit. That’s a danger of optimism. And sometimes, of course, optimism blinds you to real problems. And there are real problems in the world.

I grew up in Georgia – Atlanta was the city of the New South. The mayor in the 1960s said Atlanta was “the city too busy to hate.”

That kind of optimism blinded whites in particular to many of the injustices of the day. In that sense, optimism is not an unalloyed good.