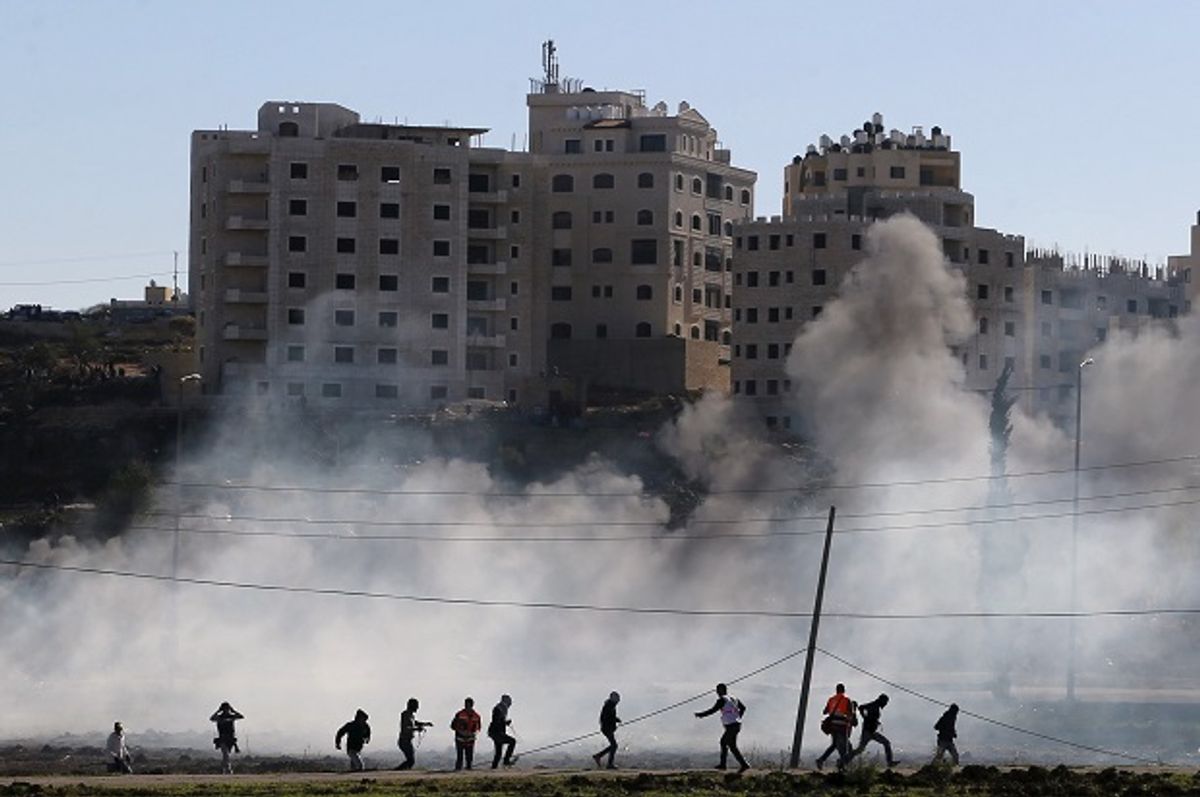 The website lists segregated settlements in the occupied West Bank as if they were in Israel. In reality, these settlements were built in direct violation of international law, and are not legally considered part of the country.

Airbnb, which is headquarted in California, is popular in Israel, and growing. Settlers host lavish rooms for hundreds of U.S. dollars per night. Yet the website never informs potential customers that these are illegal properties, nor does it mention that, were clients to rent a room, they would have to travel through Israeli military checkpoints.

The U.S.-based company has previously been criticized for pushing up the cost of rent, "greasing the wheels of gentrification" and "hastening the breakup of working-class neighborhoods." New media reports show that Airbnb may also be facilitating Israel's illegal colonization of Palestinian land.

The Fourth Geneva Convention, establishing the international rules of law after World War II, explicitly prohibits the transfer of the population of an occupying power into the territories it occupies.

Husam Zomlot, Palestine's ambassador at large, blasted the company for its profiteering. "It's not only controversial, it's illegal and criminal," he told Al Jazeera. "This website is promoting stolen property and land. There will come a time when companies like this, who profit from the occupation, will be taken to court."

An Airbnb host insisted to Al Jazeera that he saw no problem with the activity. "Israel has never agreed that the Geneva Convention resolutions applied to the territories occupied in 1967," he said.

Legal experts have spoken out. Renting these properties in the occupied West Bank "facilitates the commission of the crime of establishing settlements and therefore aids and abets the crime," John Dugard, a South African professor of international law and former U.N. special rapporteur on the situation of human rights in the Palestinian territories occupied since 1967, told the National. He added that the "same applies to making money from property built on illegal settlements."

The Guardian faced backlash for originally titling its report "Airbnb lists properties in illegal settlements on disputed land in Israel." The land it discussed in its article, however, is not in Israel. Moreover, it is not "disputed"; it is occupied Palestinian territory that has been illegally military occupied by Israel since 1967.

The U.N. and other leading international legal bodies and human rights organizations have made this absolutely clear. Virtually every country in the world -- including even the U.S., Israel's closest ally -- considers the West Bank to be illegally occupied territory.

After facing criticism for the misleading headline, the Guardian changed the title of its piece to "Airbnb lists properties in illegal Israeli settlements."

Airbnb did not immediately return Salon's request for comment.

The increasingly popular renting company has quickly received torrents of criticism, but it is not the only real estate company that operates in the occupied Palestinian territories.

International real estate giant RE/MAX, which is headquarted in Colorado, also profits off of illegal settlements.

More than 20 agents for its franchise RE/MAX Israel sell millions of U.S. dollars worth of illegal properties in the West Bank. RE/MAX Israel agents often list settlements on their websites as their areas of specialty, without making any indication that these territories are considered illegal under international law.

Like Airbnb, RE/MAX lists these properties as if they were in Israel, and makes no indication that they are in militarily occupied land.

Facing questions from journalists, RE/MAX Israel agents have admitted that, "if you are worried about the '67 border line, this is not a good area to buy property." The 1967 line refers to the legal borders of the state of Israel, excluding the territories that Israel occupied after the Six-Day War.

The United Nations has made it clear that the U.S.-based RE/MAX International can be held accountable for the activity of its franchise RE/MAX Israel. A 2013 report written by Richard Falk, international legal scholar and former U.N. special rapporteur on the situation of human rights in the Palestinian territories occupied since 1967, stated: "By providing international brand name affiliation and recognition, start-up training, ongoing training, technological resources, and advertising and marketing, as well as by profiting from such sales, Re/Max LLC has constant interaction and influence over its franchises."

"Pressure by the international community to uphold international law is no longer limited to States as the primary duty-bearers," the U.N. report added. "Companies, individuals and groups can be implicated for behaviour that contributes to wrongful acts."