From mass opt-out to action against the SAT requirement, progress was made against the test-and-punish movement 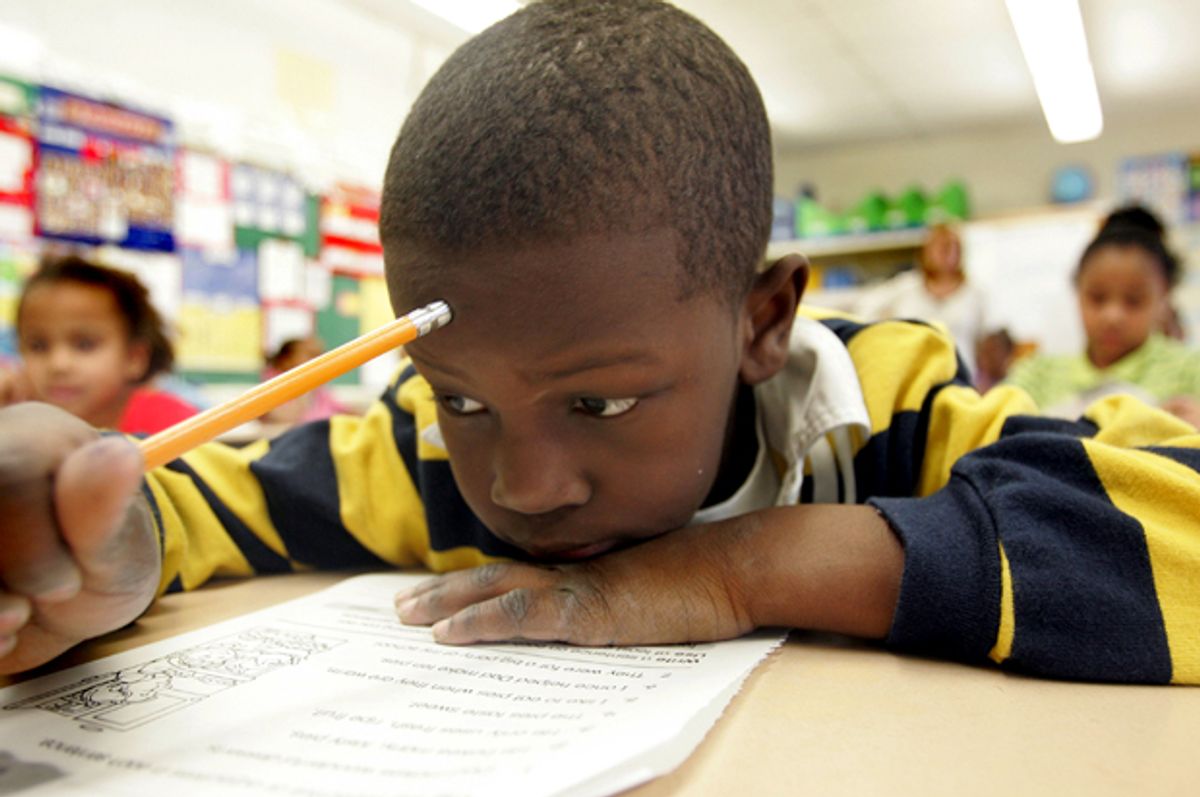 As we enter the new year, many schools around the nation will take a holiday from teaching and solely concentrate on rote memorization in services of standardized test preparation for the spring exams that come attached with strict consequences. And yet there is great hope for education in 2016! Never before in U.S. history have more students, parents and teachers engaged in acts of resistance to standardized tests. During the 2015 testing season, over 620,000 public school students around the U.S. refused to take standardized exams, according to a report by the National Center for Fair & Open Testing (FairTest). This mass movement promises to only expand. Advocates for authentic assessments scored these five significant victories in 2015 against the “testocracy” and its test-and-punish model of education.

President Obama announced in October that “unnecessary testing” is “consuming too much instructional time." This announcement came as a surprise given Obama’s support for policies like Race to the Top that contributed to the proliferation of high-stakes testing. The reversal of rhetoric was a result of the mass opt-out movement and will surely embolden authentic-assessment activists in the coming year.

Seattle educators waged a five-day strike to start the 2015 school year that was able to remove the so-called “student growth rating,” a form of value added modeling (VAM), from the contract. This stunning victory against the testocracy removed all standardized test scores from teacher evaluations.

3. An emergency exit for exit exams.

In a repudiation of one of the central components of the testocracy’s agenda, policymakers repealed the California graduation test and relaxed Texas’ graduation testing requirements—joining some six other states that repealed or delayed these exams in the 2013-2014 school year. Arizona, California, Georgia, and South Carolina decided to grant diplomas retroactively to thousands of students denied them because of the exit exams.

The new federal education law, the Every Student Succeeds Act, certainly doesn’t dethrone the testocracy, maintaining the destructive requirement for testing in grades 3-8 and again in high school. However, ESSA does depose one of the cruelest aspects of the test-and-punish policy under NCLB: the so-called Adequate Yearly Progress annual test score improvement requirement that labeled nearly every American school failing.

5. Action against the ACT/SAT.

2015 was the best on record for the test-optional college admissions movement, with some three dozen more universities and colleges reducing or eliminating ACT or SAT requirements. According to FairTest, more than 850 institutions of higher learning have now dropped this testing requirement.

A version of this article first appeared at: http://educationvotes.nea.org