What's it like to be Jar Jar Binks?: Actor admits "it was painful" in candid interview about the most reviled "Star Wars" role

Ahmed Best opens up about backlash, who he beat out for the role, why haters can rest assured Jar Jar won't return 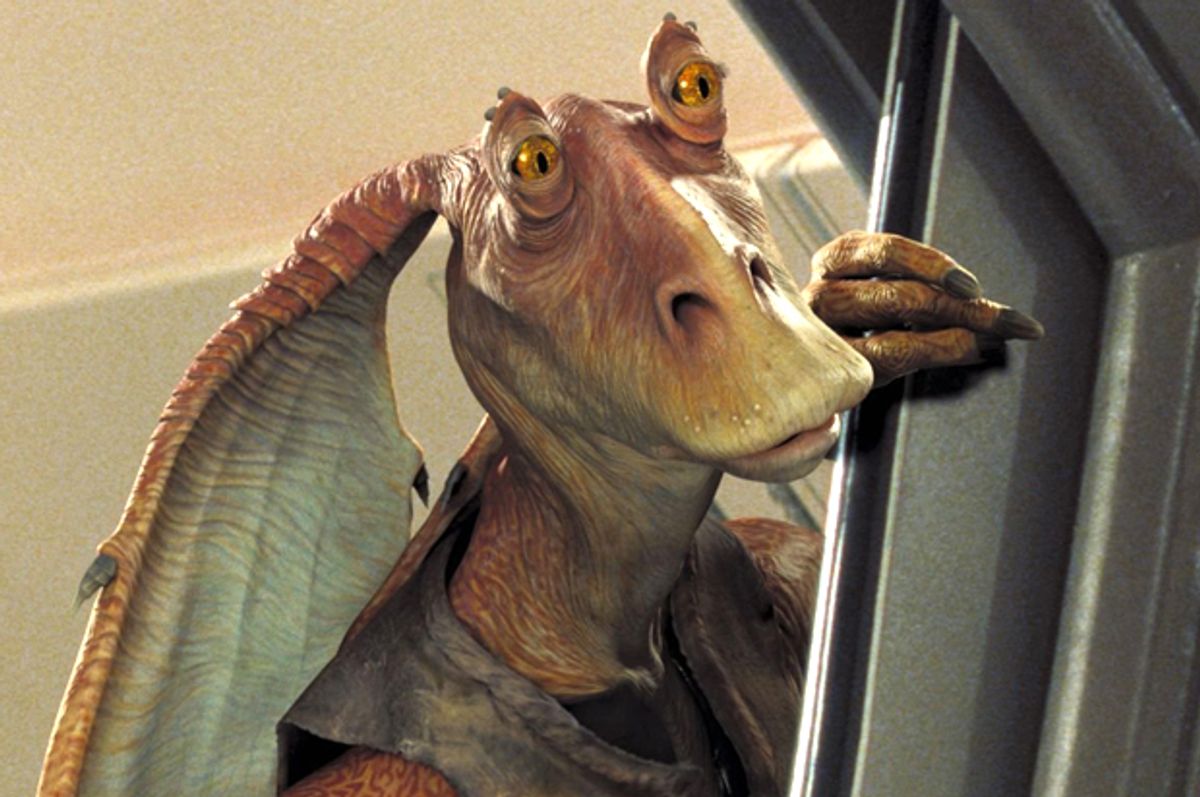 In the latest installment of “These Are the Actors You’re Looking For”—a YouTube series wherein host Jamie Stangroom tracks down a different “unsung hero” from past “Star Wars” episodes—Stangroom spoke with Ahmed Best, who played Jar Jar Binks in “Phantom Menace.”

On the Jar Jar backlash, Best said, “It was painful.”

“Even though sometimes you play characters, you put a lot of your own personality into it. You get personally and emotionally invested in the work that you do,” Best continued. “I mean, it’s your work. And you take pride in your work like any—dare I say—craftsman. So when your work is criticized negatively, you feel a little bit of a hit.”

That said, Best added that he understands why “Star Wars” fans were so ferociously anti-Jar Jar.

Best—who prior to Jar Jar was touring with “Stomp”—then confirmed rumors that he effectively stole the role from Michael Jackson. Best described being introduced to the King of Pop backstage at a concert at Wembley:

“George [Lucas] took [Natalie Portman and me] backstage to meet Michael Jackson … George introduced me as ‘Ahmed Best, also known as Jar Jar Binks’ and Michael Jackson went like this: ‘Oh!’ And I was like, O.K., that was weird, what was that about?”

Best afterwards asked Lucas why he’d introduced him to Jackson as Jar Jar first. Lucas said that Jackson had been “lobbying for the role,” but was passed up because he wanted to play Jar Jar with prosthetics and makeup, while Lucas wanted the role to be CGI.

“He was one of my biggest idols growing up,” Best told Stangroom. “Then all of a sudden you take a job from Michael Jackson—not everyone can say that.”

Asked if Jar Jar could show up in a future episode, Best simply said, “I’ve done my damage.”