Chris Rock's Oscar night is coming: Let's hope he tells the Academy exactly what he thinks 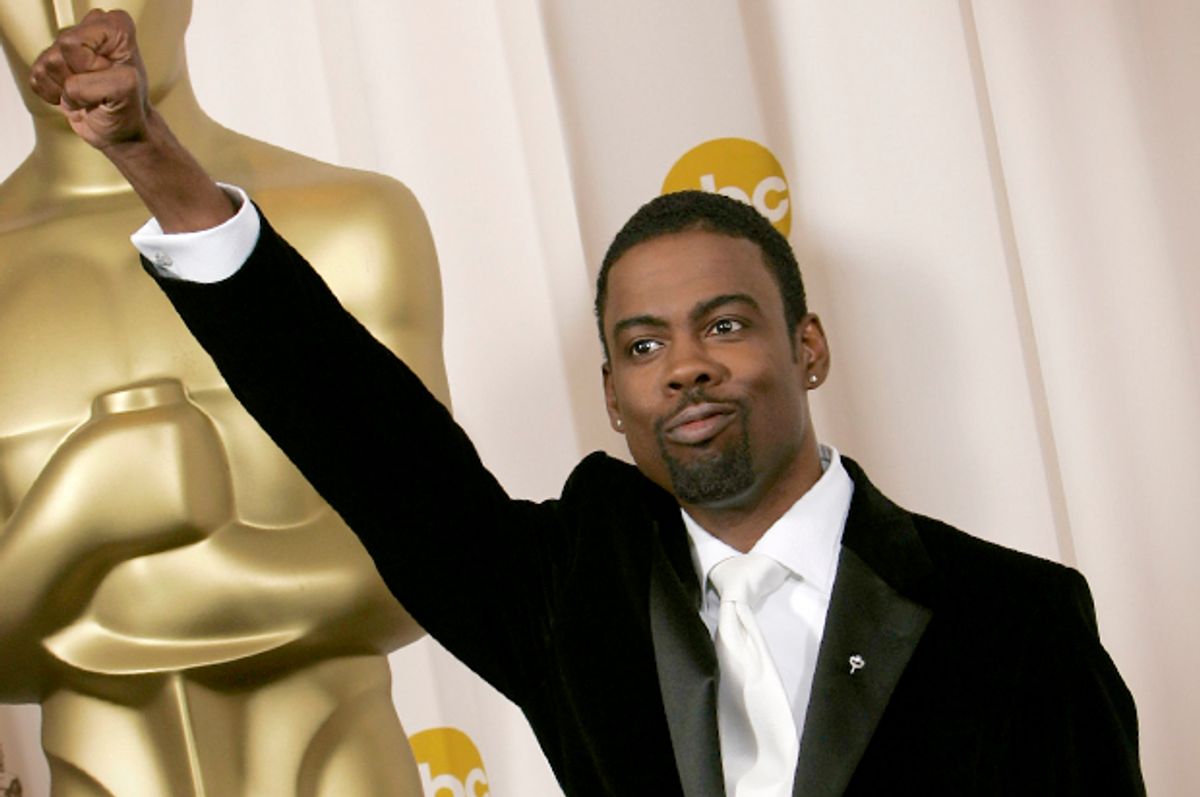 Ricky Gervais had it easy: He came into Sunday’s Golden Globes with a reputation as a loudmouth ready to say whatever would provoke an uncomfortable laugh, and he lived up (and down) to it. He embarrassed Mel Gibson and offended a few other members of the club. It seemed gutsy, and at times it was hilarious. It provoked a shocked stare from Jane Fonda. But it’s hard to imagine the monologue making any lasting change. Does hosting an awards show need to be about something more than exemplary entertainment?

If you think so, 2016 could be your year. This year’s Academy Awards, which sees the return of Chris Rock, looks like it could be dangerous and unpredictable for the first time in ages. That’s because in a year in which the Emmys, the Video Music Awards and Golden Globes showed a more diverse list of presenters and nominees – with Kanye West providing the most talked-about moment at the VMAs, Viola Davis giving one of the Emmys' most memorable acceptance speeches, followed by Taraji P. Henson's exuberant Globes win, and so on – the Academy Awards feel like they're still stuck in the segregated ‘50s. The Academy Awards is a better, smarter, more grown-up show than the VMAs and the Globes, of course. But don’t be surprised if Rock, who wrote a blistering 2014 piece on the whiteness of Hollywood, unleashes truth in his monologue.

Frustration with the Oscars’ lack of diversity has been pretty widespread for a few years now. In this climate Rock and Cheryl Boone Isaacs — president of the Academy since 2013 and a black woman — will stand out. Issacs, again, is president of the Academy. That doesn’t automatically give the Oscar voters good or broad-minded judgment. It doesn’t change what Mark Harris writes here:

Rock last hosted in 2005, and he got mixed reviews, with some denouncing his edgy, acerbic humor as being more suited to the Comedy Cellar basement than the snooty and self-serious Academy Awards telecast. But that’s what we love about Rock: he’s just himself, no matter what stage he’s on. In fact, his rawness could be exactly what we need to shake the Oscars out of their stupor, whether viewers like it or not (spoiler: they probably won’t, they never do).

But how raw will Rock really be? Will it have any consequence? Maybe Rock’s monologue won’t change Hollywood any more than Gervais’s naughty teasing did: April Reign, who started the #OscarSoWhite hashtag, is not counting on much.

With someone as smart and provocative as Chris Rock, you just don’t know. His Hollywood Reporter essay on race, by the way, is nuanced and complex:

It's a white industry. Just as the NBA is a black industry. I'm not even saying it's a bad thing. It just is. And the black people they do hire tend to be the same person. That person tends to be female and that person tends to be Ivy League. And there's nothing wrong with that. As a matter of fact, that's what I want for my daughters. But something tells me that the life my privileged daughters are leading right now might not make them the best candidates to run the black division of anything. And the person who runs the black division of a studio should probably have worked with black people at some point in their life. Clint Culpepper [a white studio chief who specializes in black movies] does a good job at Screen Gems because he's the kind of guy who would actually go see Best Man Holiday. But how many black men have you met working in Hollywood? They don't really hire black men. A black man with bass in his voice and maybe a little hint of facial hair? Not going to happen. It is what it is. I'm a guy who's accepted it all.

Who knows, maybe Rock will take this tone in his monologue. But given the host, and the context, this is the first Oscars in a very long time with the potential for real talk about race on stage.