May the Powerball odds be ever in your favor: Poverty, greed, exploitation and the lottery lessons we refuse to learn

#IfIWonPowerball is trending—but from Shirley Jackson to "The Hunger Games," we know who really loses 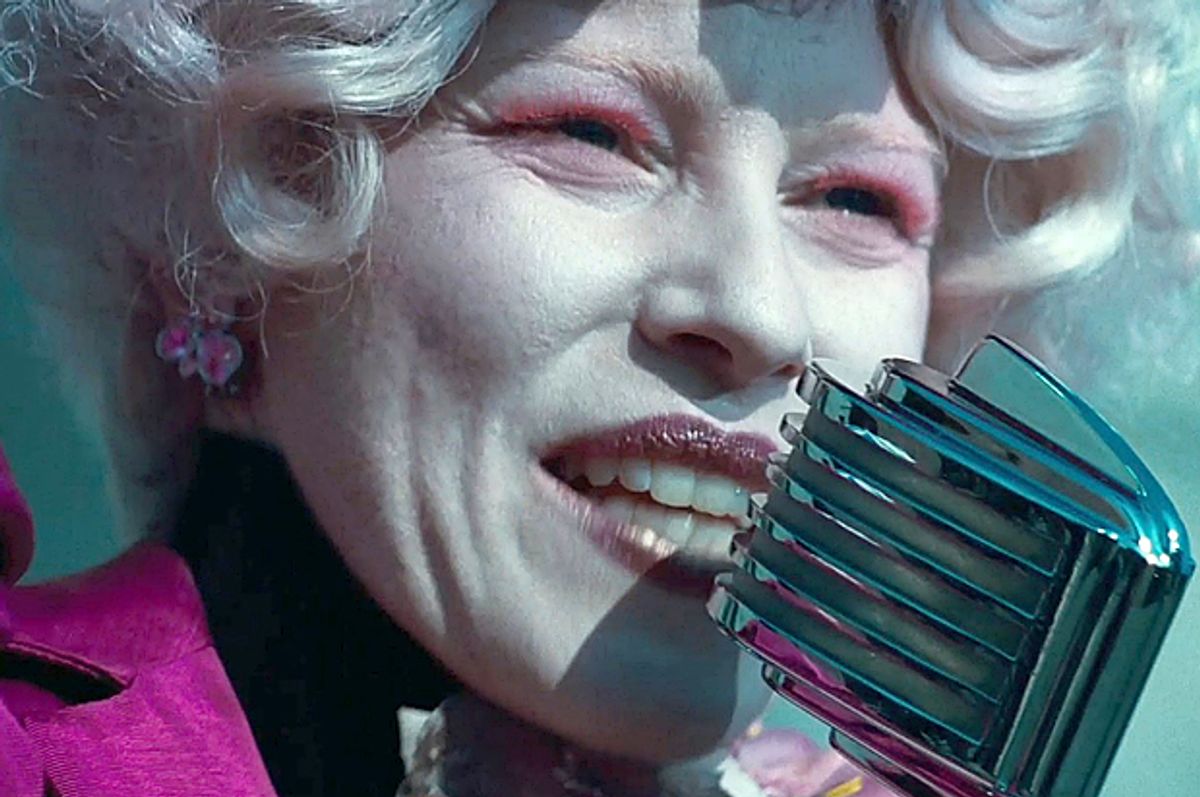 The odds of winning the Powerball lottery tonight are one in 292 million. Statistically speaking, given that the population of the U.S. is around 300 million, the odds of winning are almost identical to the odds if you didn't buy a ticket at all, i.e., nearly impossible. Still, with a jackpot now up to $1.5 billion, hopeful gamblers have been lining up and driving for hours to buy as many tickets as they can. Somebody in the U.S. has to win--might as well be you, right?

Not quite. The lottery is a distinctive mixture of optimism, superstition and ignorance seasoned with magical thinking. You have a feeling. Your numbers are lucky. You are the one. Meanwhile the harsh realities of playing the lottery have been thoroughly parsed by economists, social scientists and other wonky professor-types who have patiently pointed out that there are hidden costs to playing, such as the price of gas and the wages lost by standing in line; that money is time that hourly wage-earners typically do not have, as explained in-depth by "poverty whisperer" Linda Tirado; and that the funds the state collects via the lottery act as a regressive tax, for the state uses those revenues to support programs, particularly education, that ought to have been fully supported by taxes in the first place. But they're not, so funding for education is left to languish, and unless people keep playing the lottery, one ends up with the kind of bad math skills that takes $1.3 billion, divides that number by the U.S. population of 300 million, and comes up with... $4.3 million for everybody! Poverty solved!

But the fuller implications of the lottery fever building around this $1.5 billion (and rising) jackpot is far more depressing than the fact that more than 800,000 people shared that Facebook meme. Back in 1930, the Irish Sweepstakes raised enormous sums in Britain, Ireland, Canada and the U.S., by telling participants that monies raised via lottery would go to help sick children. A tiny portion did actually go to hospitals in Ireland, but the real winners were the men running the action, who became millionaires with the support of the Irish government. "For decades," Stephen Dodd noted in an article published in the Independent in 2003, "the greed that propelled the Irish Sweeps soiled Ireland's image around the world...The American edition of Reader's Digest once described the Sweeps as 'the greatest bleeding heart racket in the world'."

The Irish Sweepstakes was a real event, but the lessons of that scam remain unlearned. It's not because teachers aren't trying. In schools today, fifth-graders still read Shirley Jackson's elegant, chilling short story "The Lottery," about a fictitious lottery where the winner gets stoned to death. From there, a straight line can be drawn to Steven King's short story "The Long Walk," and thence to Suzanne' Collins' series "The Hunger Games." Innumerable episodes of television, including "Hell Money," from "The X-Files," revolve around a lottery where the payoff promises to be worth the risk. What do all these real and fictional lotteries have in common? They exploit the desperation of the powerless, who feel themselves at the mercy of forces they neither control nor understand. But in every one of these stories, the lottery is a cheat. The promise of the payoff is false, as is the promise of a new and better life should you win. In every case, rather, the "winner" is worse off for having won, and in all the literary examples, the price of winning the lottery is your life.

What is especially troubling about the lottery is that it operates under the guise of populist opportunity, offering hope to those who have little of it in their lives. When tied to the mythology of the self-made man, which stresses the boot-strappy chance-taking that leads to success, it becomes toxic for the poor. It's true that great fortunes have been made from the predictable psychology of (other people's financial) panic during recessions. Amid the financial upheaval of the '70s, the Hunt brothers in Texas tried to corner the market on silver and silver futures, for example, and Armand Hammer famously made his first million by cornering the market on tincture of vanilla at the start of Prohibition. However, that kind of speculation requires cash assets already in hand, and aren't so much gambling as they are carefully calculated risks. But who doesn't have $2 to bet on a potential payoff of $1.5 billion for a game that's a no-brainer to play?

Trouble is that low-income people are most likely to play the lottery in hopes of escaping poverty, and that $2, however small a sum, represents a larger percentage of a meager paycheck than a substantial one. The Irish Sweepstakes took hold during the Great Depression, when great swaths of Americans found themselves jobless without assets. When economic prospects are dire, the desperate will sell their bodies, and when that fails, they'll sell body parts. Sounds extreme, but it's already happening politely via sale of blood plasma and the "gift" of surrogacy, even as a 2012 poll of 700 British single and married men between the ages of 21-50 discovered that 43 percent would rather give up their "virility" than lose their job. Though framed as as willingness to give up sex, it's what sex is for that counts -- it's the engine of romance, family and ultimately baby-making. When times are hard, economic survival trumps hope for the future. Which, with every passing day, looks to be a winning lottery ticket for that Virgin Galactic spaceflight to the moon.