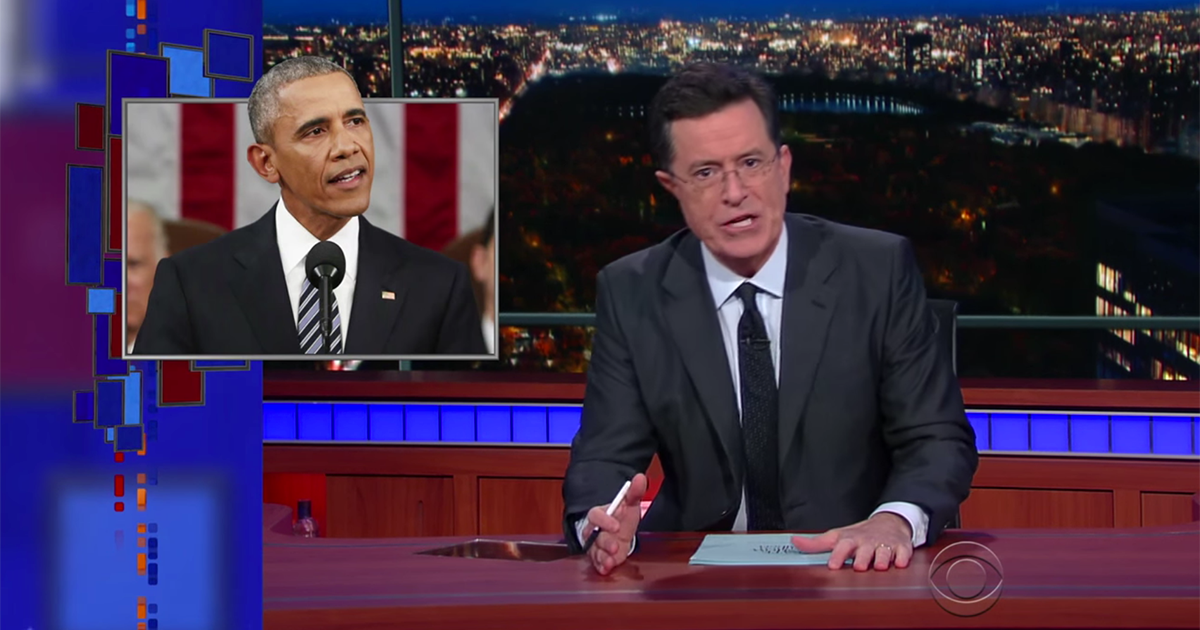 Everyone was at Tuesday's State of the Union, with the exception of a very happy John Boehner "who was at home watching a Property Brothers marathon," Stephen Colbert joked on Wednesday's show.

The president's speech was, in part, a record of accomplishments from the economy he saved, to the auto industry he saved, to Osama bin Laden who he killed. "He just put them on the table," Colbert pantomimed dropping something more personal than a mic. But while the speech made Colbert feel "a little misty, cause it was a little listy," it did cause him to break into the Billy Joel song "We Didn't Start The Fire" a few times.

The hardest thing about the speech, however, was Paul Ryan's need to seem both engaged and enraged as the head of the opposition party. He even told CNN he was practicing his poker face in the mirror beforehand. Colbert walked through a list of things that Ryan didn't applaud for including voting rights, fixing the broken immigration system, protecting kids from gun violence, equal pay for equal work, the fact that we reformed health care and reinvented the energy sector, and then there was that time he didn't clap for troops coming home and veterans. "He didn't even applaud for the troops!" Colbert exclaimed. "That's like booing apple pie! Or not crying during 'Field of Dreams!'" So, Colbert tried a few other things to see if he could get Ryan to applaud.

Check out the examples below: