Diplomacy secured the release of U.S. sailors held by Iran, and Marco Rubio contorted himself to call it a failure 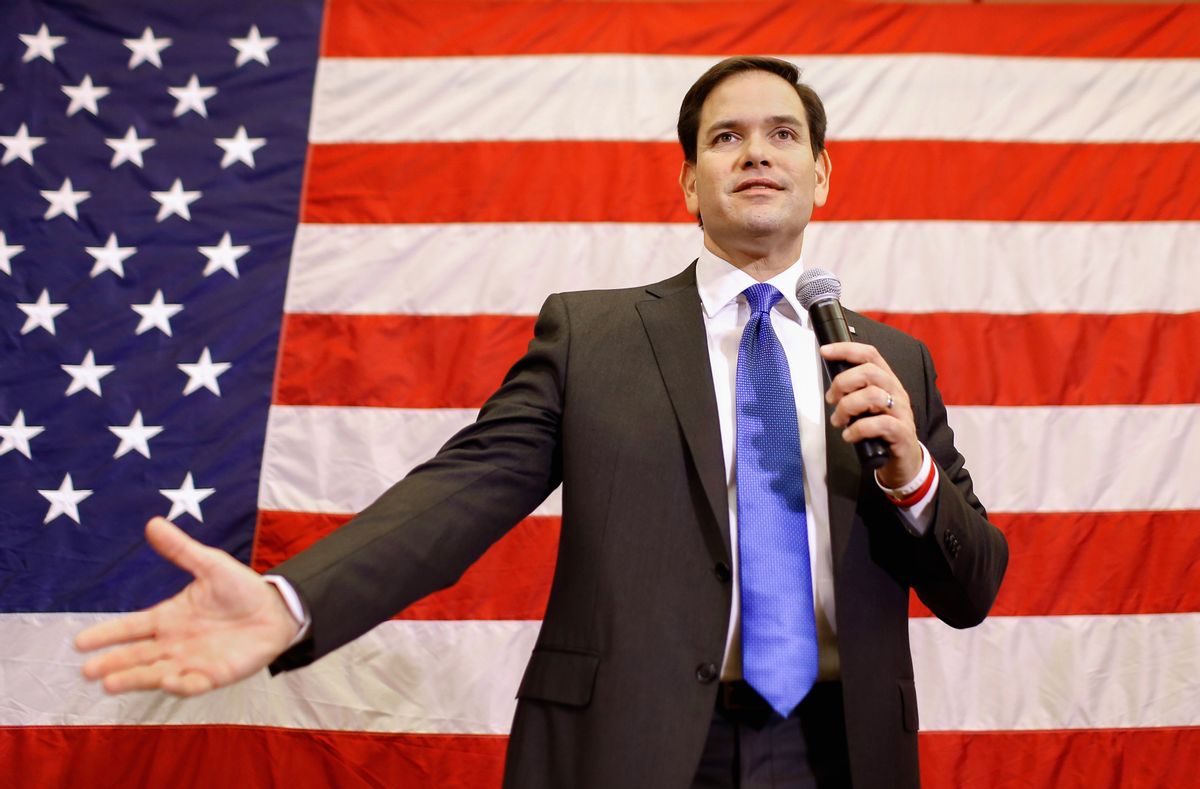 It’s readily apparent that conservatives and GOP presidential candidates were itching for a more politically useful resolution to this week’s brief detention of American sailors by Iranian armed forces. When word first got out that the sailors (whose boats had apparently drifted into Iranian waters by accident) had been detained, Republicans practically fell over themselves in a rush to declare the incident another example of the Obama administration’s “weakness.” The only antidote to the situation, they argued, was “strength” and bellicosity – some argued we should threaten to terminate the Iranian nuclear deal, while others pushed for bombings and other military reprisals. The fact that the ordeal was rapidly and amicably resolved through “intense diplomacy” sucked the political wind from the Republicans’ sails.

But there’s a narrative to be maintained here – that of the feckless president who leaves international adversaries dangerously unintimidated. And no candidate in the 2016 race is more invested in this narrative than Marco Rubio, an unreconstructed neoconservative who has positioned himself as the foreign policy expert of the Republican field. When it comes to Iran, the Rubio Doctrine is simple: break off all diplomacy and unilaterally (because we’ll have alienated all our allies) beat the Iranians into submission with “strength” and toughness. Engaging in diplomacy, in his estimation, is an act of weakness, which is why he was on Fox News Wednesday night trying mightily to spin the successful diplomatic resolution of the boat incident as a failure and an embarrassment for the United States.

“Did you see what they did to these sailors?” he asked indignantly. “They took pictures of them on the deck of a ship with their hands behind their back. Then they put them in a jail pen and they made the female sailor cover her head in a scarf.” Having laid out this damning case of epic humiliation, Rubio said: “You know why they did this? Because they know they can get away with it. Because they know Barack Obama is weak. Because they know he won’t do anything about it.” The thing is, of course, that Obama did do something about it – he secured the expeditious release of the sailors, who suffered no injury during their very brief captivity. A potential crisis was averted and no shots were fired.

In Rubio’s estimation, however, the whole thing should never have happened, and that strength and resolve and intimidation would have secured and even better outcome. “If the right president were in charge, som have done that to America?” he said. “They would have helped them fix the engine and go back on their way. The Iranian leadership are not friends or allies of the United States of America, and last night proved it.”

And here we see Rubio deliberately missing the point. Yes, the Iranians are hostile to the United States, which means their detention of American service members could have escalated into a serious international incident. But it didn’t. We were able to negotiate with a hostile power and rapidly defuse a sensitive situation.

That is a positive outcome. The only way to view it as a negative outcome is if you inhabit the fantasy world in which “strength” – defined as the demonstrated willingness to use force at any given moment – is the cure-all for every international problem. That is Rubio’s position, and he’s arguing that he’d be so tough and hostile towards the Iranians that they would be quaking in existential terror and practically inviting American military excursions into their territory. You can choose to believe that dangerous fiction, or you can look at what happened this week as proof that diplomacy with America’s adversaries can produce good results.