His voice brought gravitas to every word he spoke, be it from the mouth of Hans Gruber or Severus Snape 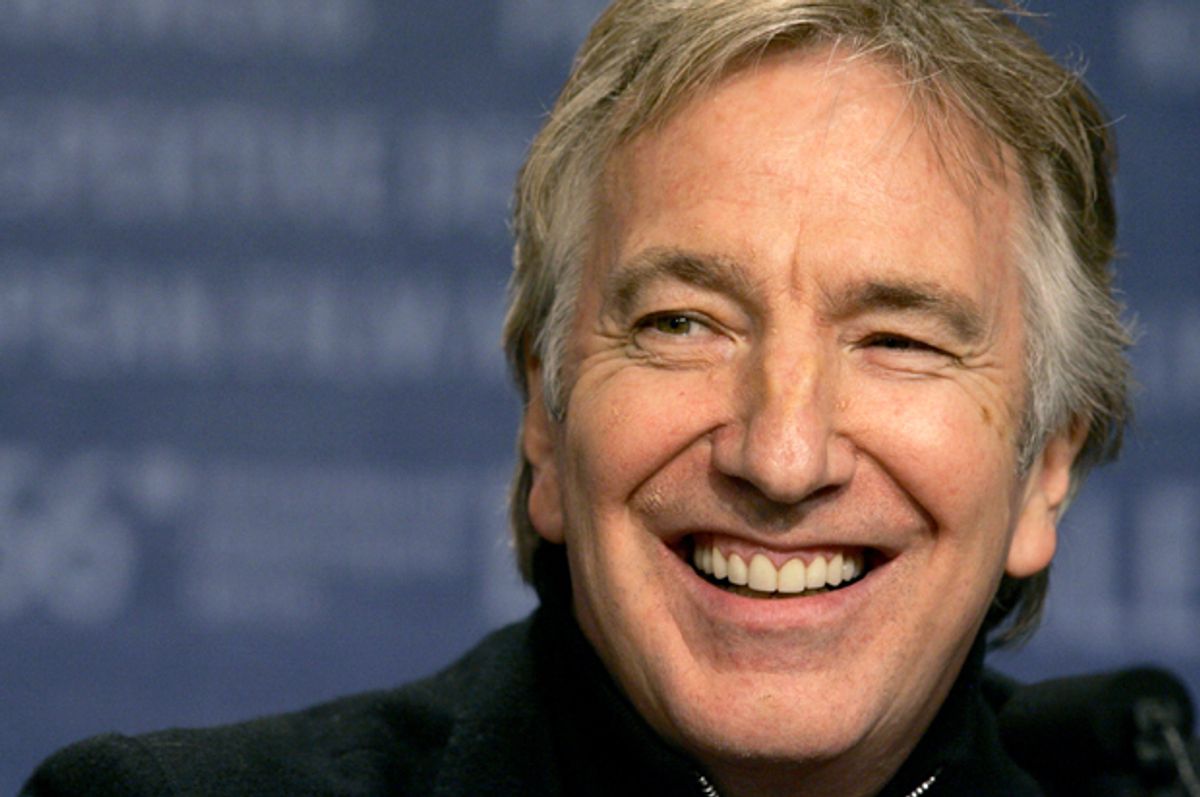 As news of the death of Alan Rickman -- best known to this generation as Severus Snape, but long known to lovers of film and stage as one of the most versatile, generous actors around -- spread, Twitter responded with a fairly breathtaking display of humanity:

For those who think he's a one-trick pony, please, take Mark Harris' advice:

Because, it bears repeating, the man had versatility:

And alternate-universe, make this happen please:

The man was such a genius, he could make you cry in a film that also featured Tim Allen:

He will be, and already is, missed.