It's almost annoying how talented he is, isn't it? 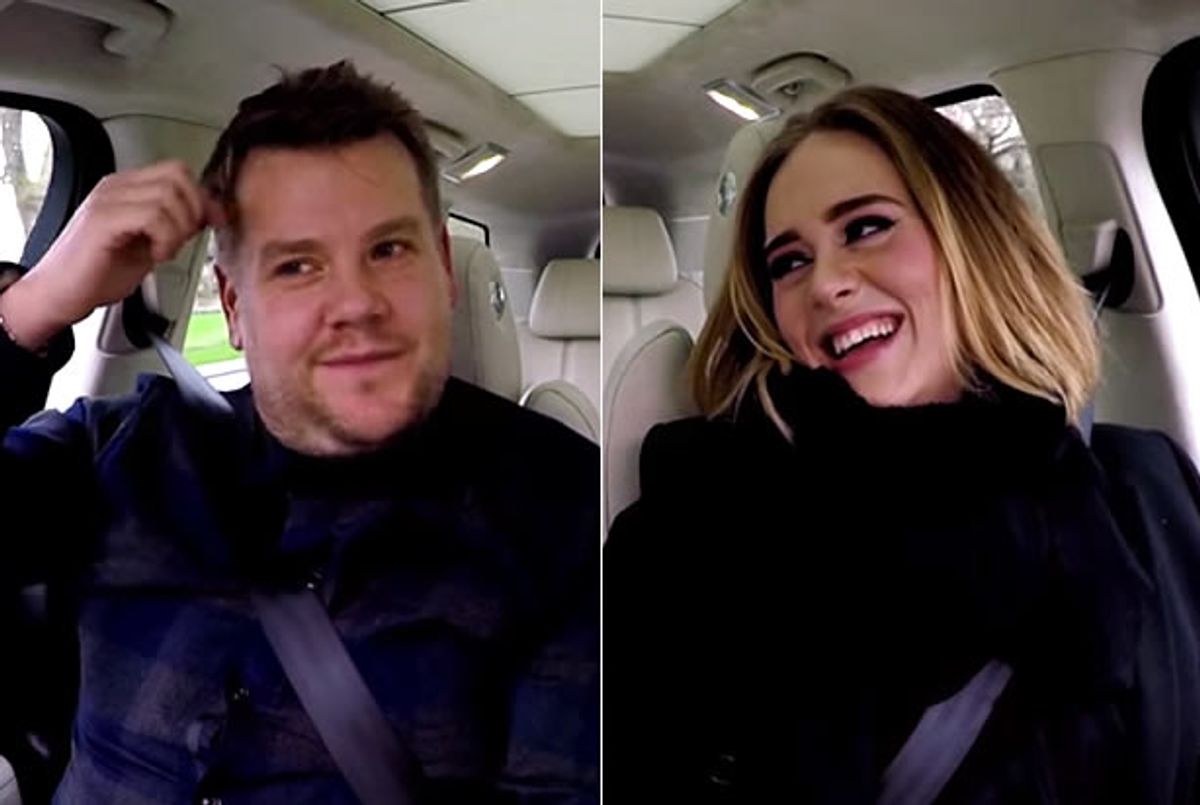 On "The Late, Late Show with James Corden" Wednesday night, the late night host performed his carpool karaoke routine with "the female Phil Collins," known to the rest of the world as Adele.

"But they're Amazonians," Adele replied, "they're all so tall. They'd kick us with their long legs."

The two also sang a number of Adele's hits, including "Hello," "Into the Deep," and "Someone Like You," in which Corden cemented his status -- with both Adele and, in a just world, the American people -- as the most annoyingly talented and charming man in late night.

Watch entire segment below via the Late, Late Show with James Corden.