A terrifying GOP debate: Amid all the fearmongering and lies, Donald Trump came out on top

The Fox Business debate was the worst one yet, and it was all to the benefit of the loudmouth GOP frontrunner 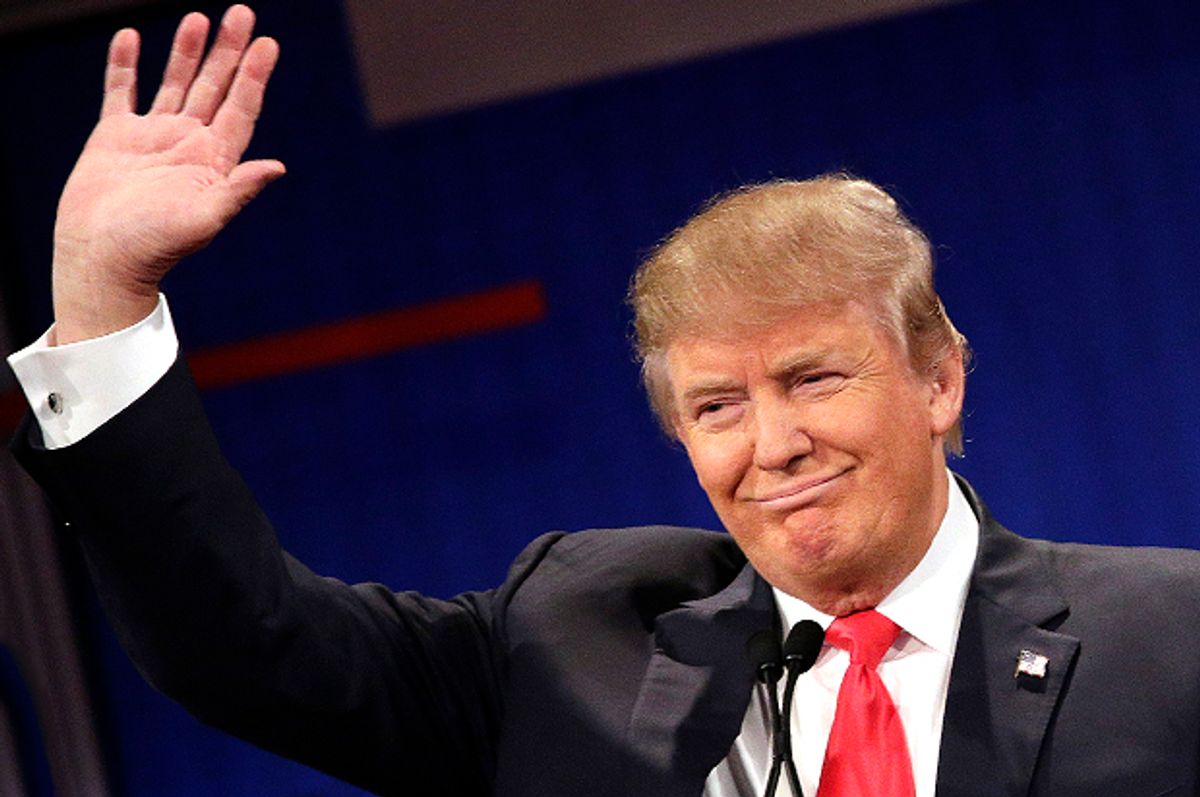 Thursday night’s Fox Business Network debate was, from the first moment to its last flourishes, a terrifying spectacle. We’re not far removed from the Iowa caucuses and the field is still crowded, so extra effort was put in by the candidates to distinguish themselves and maybe take a well-timed, late-stage bite out of Donald Trump’s lead in the polls. No one managed to do that. Quite the opposite, in fact. Trump had probably the best debate performance he’s turned in to date, while the candidates beneath him busied themselves with tearing each other apart in a grim display of prevarication and fearmongering nonsense.

The one big development we saw was Ted Cruz finally – finally – attacking Trump on the big stage. After months and months spent flattering Trump and refusing to say so much as one negative syllable about the man in the hopes that Trump’s supporters would jump ship, Cruz has come to the conclusion that he can no longer wait for the Trump collapse to happen on its own and has to start taking matters into his own hands. And Trump gave him the opening he needed by questioning Cruz’s eligibility for office owing to the accident of his Canadian birth. Cruz argued that the issue only came up because “Donald is dismayed that his poll numbers are falling in Iowa,” and said to Trump: “You're an American, as is everybody else on this stage, and I would suggest we focus on who's best prepared to be commander- in-chief.” It was one of the more effective rebuttals to Trumpism we’ve seen to date.

The rest of the debate, though, was Trump’s. Cruz got a little greedy in his Trump bashing and expanded on his claim that Trump has “New York values,” saying “the values in New York City are socially liberal or pro-abortion or pro-gay marriage, focus around money and the media.” Trump turned it right around on Cruz by invoking 9/11, saying “I saw something that no place on Earth could have handled more beautifully, more humanely than New York.” Even Cruz had to applaud at this uncharacteristically sentimental response from Trump, which was as sure a sign as any that Trump had gotten him. When the moderators asked Trump about South Carolina Gov. Nikki Haley’s implication that Trump was one of the “angriest voices” in the party, he embraced it unreservedly: “I'm very angry because our country is being run horribly and I will gladly accept the mantle of anger.” He managed to flip what was ostensibly a criticism and turn it into a validation of his basic political identity.

While Trump was reveling in anger, the other candidates were wallowing in fear. Cruz kicked off the debate by saying “many of us picked up our newspapers, and we were horrified to see the sight of 10 American sailors on their knees, with their hands on their heads.” He never got around to mentioning that diplomatic outreach to the Iranians resulted in their quick release without injury, or that the whole incident stemmed from a navigation error by the sailors. Chris Christie offered a “warning” to everyone who is “worried about the world being on fire” about electing Hillary Clinton president (it would be bad). Jeb said “the world has been torn asunder” while “terrorism is on the run” – he probably meant “march” – and “China, Russia is advancing their agenda at warp speed.” Ben Carson did a very Ben Carson thing and started rambling about electromagnetic pulses and our “enemies who are obtaining nuclear weapons that they can explode in our exoatmosphere and destroy our electric grid.” Marco Rubio offered himself as an unhinged Second Amendment paranoiac, claiming against all evidence that “I am convinced that if this president could confiscate every gun in America, he would.”

And, of course, there were lies aplenty. Marco Rubio and Chris Christie got into a fight over who is the biggest RINO, with Rubio pointing out that Christie once backed both Planned Parenthood and Sonia Sotomayor’s nomination to the Supreme Court. Christie denied having supported either of those things, even though he very clearly did support both at one time. Rubio uncorked an amazing whopper of his own, claiming that he’d changed his stance on immigration reform because of terrorism, and not because his position was politically damaging for 2016. “Twenty-four months ago, 36 months ago, you did not have a group of radical crazies named ISIS who were burning people in cages and recruiting people to enter our country legally,” he said. Ted Cruz filleted him on that score, explaining to self-described national security expert Rubio that “radical Islamic terrorism was not invented 24 months ago.” For his own part, Cruz lied when he claimed that he doesn’t call for a value added tax as part of his economic plan.

It was an awful debate, even by the low standards set by the previous debates. And if you’re one of those people who still believes that somehow one candidate will rise and up unite the party behind him and against Trump, Thursday night’s affair should have extinguished your last glimmers of hope.