Bernie's endorsement by MoveOn.org shows just how lukewarm liberals are about the prospect of a Clinton nomination 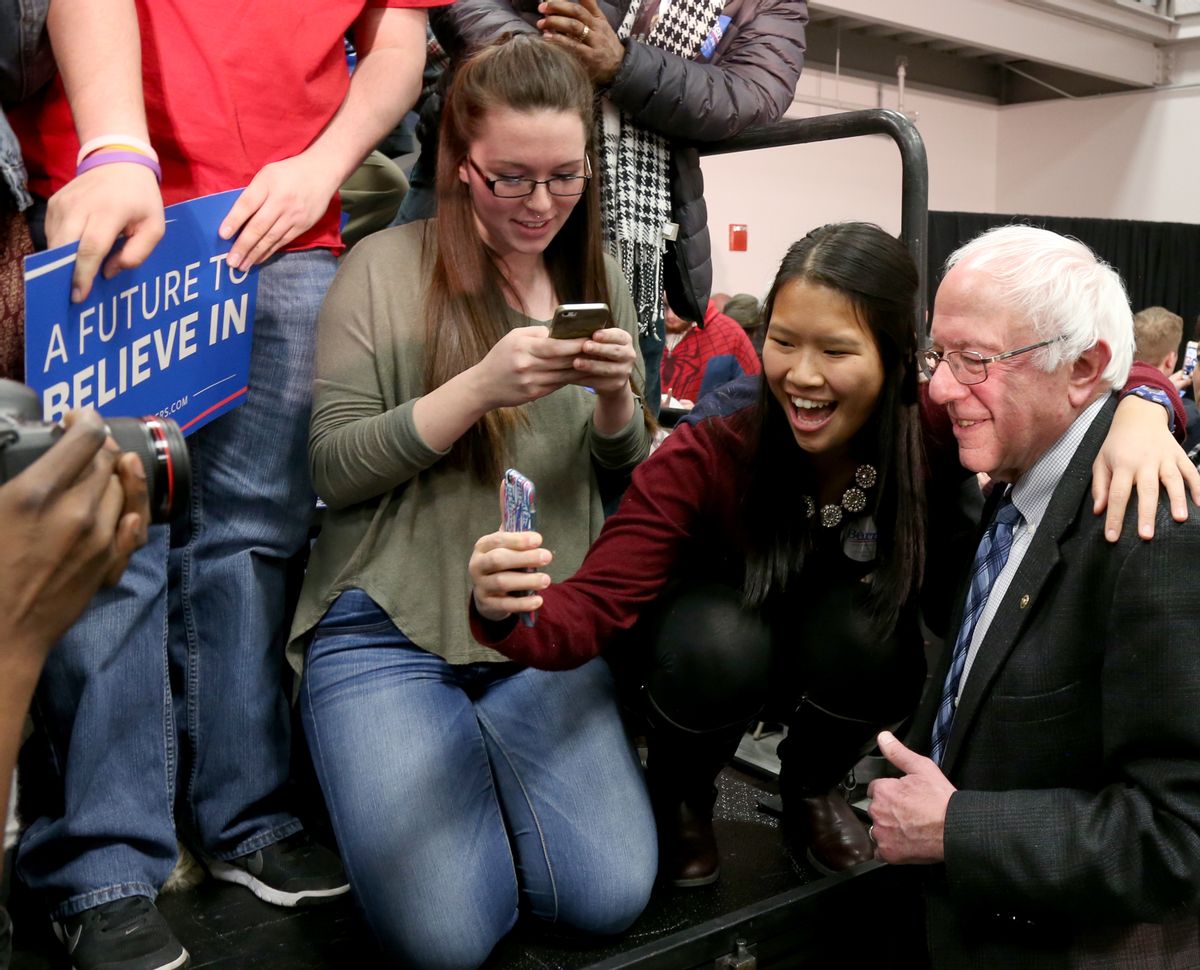 Bernie Sanders is on a roll. On Sunday, a poll was released showing him neck and neck with Hillary Clinton in Iowa and New Hampshire, the first two primary states. Sanders was expected to do well in New Hampshire, but a win in Iowa would be a major upset and could change the narrative entirely.

Then, on Tuesday, MoveOn.org, one the nation’s largest progressive groups, officially endorsed Bernie Sanders for president. As the the New York Times noted, MoveOn’s endorsement of Sanders was “not a surprise, given the time that the group has spent trying to find someone who could be a strong challenger to Mrs. Clinton from the left.” But it’s significant nonetheless.

MoveOn is a massive organization with 73,000 members in Iowa and New Hampshire alone; their ability to motivate volunteers to caucus, to knock on doors, to rally voters, and work the phones on behalf of a candidate is unique and extensive. Sanders already has a broad and growing network of grass-roots supporters -- this only adds to that.

Perhaps more important, the endorsement speaks to the momentum Sanders has, particularly among young people and progressives. 340,665 members were polled by MoveOn and a record-setting 78.6 percent of the vote went to Sanders. According to Ilya Sheyman, the executive director of MoveOn, Sanders won the group’s endorsement “with the largest total and widest margin in MoveOn history.”

MoveOn cited five reasons why its members choose Sanders over Clinton and O’Malley:

This list is mostly unsurprising. The emphasis on foreign policy stands out, though. It’s often assumed Clinton’s experience as a senator and secretary of state gives her a comparative advantage over Sanders, especially in a climate of heightened national security concerns. But the Democratic base is justifiably suspicious of Clinton on this front, given her hawkish history. So long as the economy and foreign policy are central issues, Democrats are not going to flock to Clinton with the kind of enthusiasm she needs — if that wasn't evident already, it is now.

If nothing else, MoveOn’s endorsement confirms how lukewarm liberals are about the prospect of a Hillary Clinton nomination (A recent USA Today poll similarly found that Sanders has an 11-point lead over Clinton with 18-35-year-olds). The establishment supports Clinton, but progressive voters clearly want something else. They may, ultimately, support Clinton if she wins the nomination, but that remains an open question.

Like all elections, this one will hinge on turnout. If the Democrats can’t find a way to reignite the Obama coalition of 2008 and 2012, they could lose the general election, particularly if the Republican candidate is anyone not named Donald Trump. Sanders still has an uphill climb in front of him, but his electability argument is getting stronger by the day.