Ben Carson accuses Obama of not living in 21st Century, proceeds to talk about "existential threats" from '90s techno-thrillers

He also admitted that he usually sleeps through these debates, and thanked the moderators for waking him up early 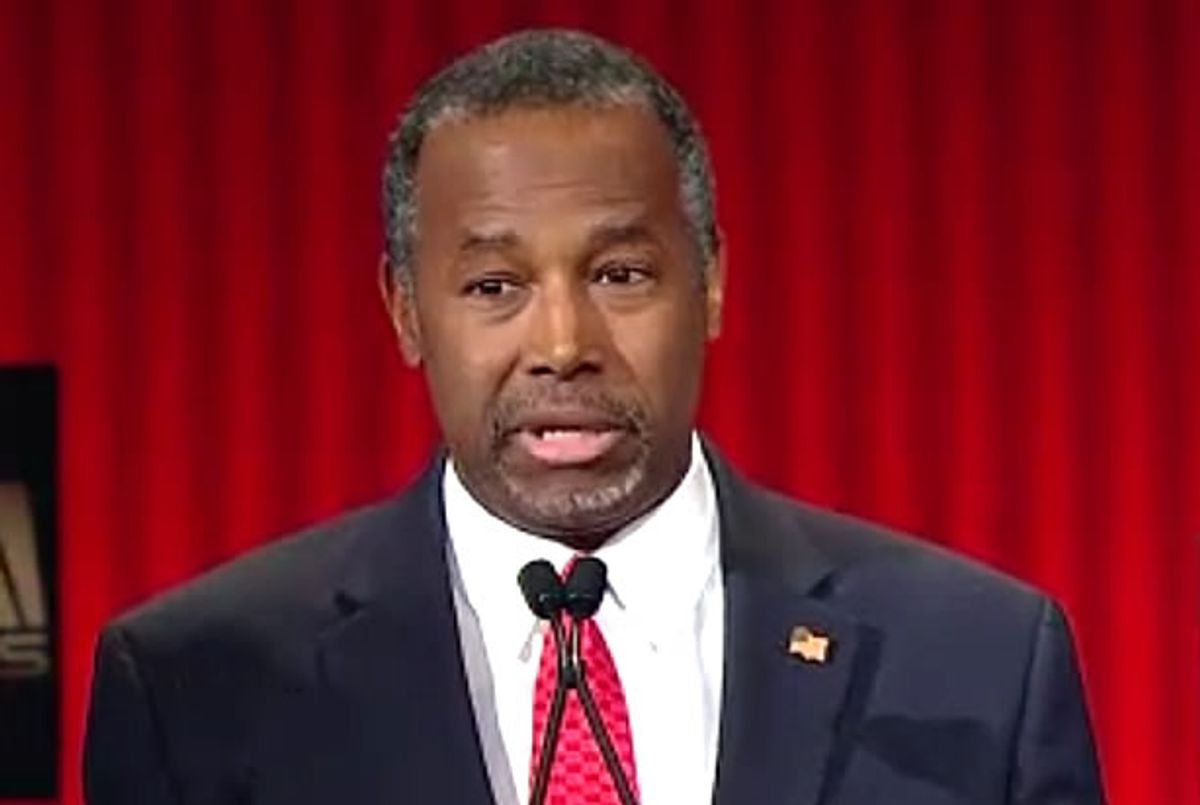 Moments after Senator Marco Rubio unequivocally advocated all forms of illegal detention and torture all the time, retired neurosurgeon Ben Carson awoke from his slumber to note that he has, in fact, slept through the previous debates, before proceeding to outline the threats posed to America by villainous villains from Tom Clancy novels circa 1995.

Carson thanked the moderators for asking him a question this early in the debate, before he had a chance to catch a nap. "I was going to ask you to wake me up when my time came," he said, before complaining that President Barack Obama "doesn't realize that we live in the 21st Century, and that war is very different than it used to be before."

It's "not armies marching on each other or air forces -- now we have 'dirty bombs,' and 'cyber-attacks,'" he continued, emphasizing each of these phrases as if they were unfamiliar concepts his audience would be as unfamiliar with as the president ostensibly is. "We have people who will be attacking our electrical grid, and they can do these things simultaneously."

"Just think about this," Carson continued, even though he clearly hasn't. "They hit us with this exo-atmospheric nuclear bomb, which creates an electromagnetic pulse" -- which would, of course, shut down unshielded electronic devices in this country, including most of the Internet and the power grid -- "then they simultaneously launch cyber-attacks against our electrical grid, and they use dirty bombs. Can you imagine the chaos that would ensue?"

Unfortunately, the moderators didn't follow up as to exactly how they would launch cyber-attacks against networks that had been taken down by an EMP, but Carson can be forgiven -- he had to wake up far earlier than he anticipated.