Ahead of his "Real Time" return, the politically incorrect funnyman talks 2016 with the Daily Beast 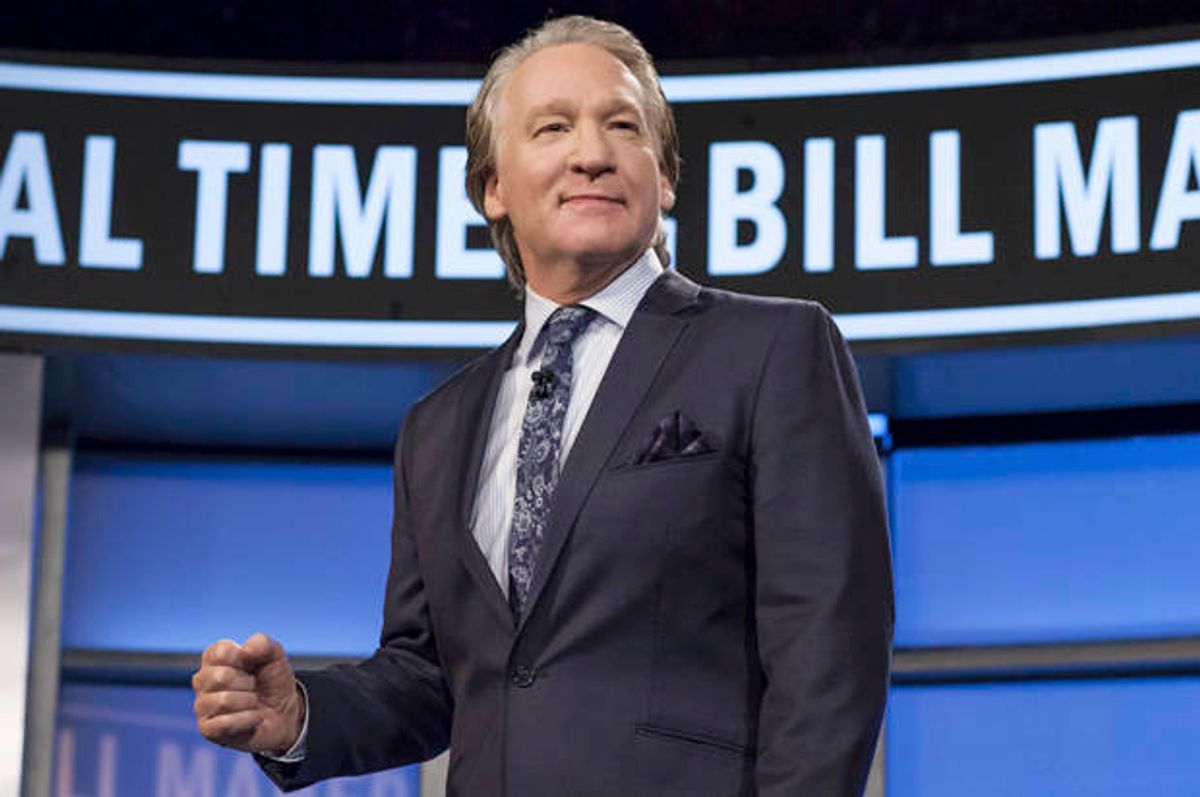 The Daily Beast's Marlow Stern is out with a fantastic new interview with HBO host and comedian Bill Maher ahead of his winter return to "Real Time" and while the entire interview is certainly worth your perusal (there is much left out of this round-up of highlights), here are some of Maher's funnier takeaways of the 2016 race, so far:

When Putin was praising Trump and Joe Scarborough said to him, “You know, Putin murders journalists,” Trump’s response was, “Yeah, we kill people, too.” That’s the kind of thing Noam Chomsky says, you know? So look, Trump would be a disaster as president, don’t get me wrong, but I think he could actually be turned around on some issues.

People don’t think or vote logically. They like Trump. He excites something in the lizard part of their brain, and he knows how to touch a certain sensitive point in the kind of people who are nothing like him, and have absolutely nothing in common with a billionaire.

There’s a reason why everyone hates Ted Cruz. There’s a reason why the big question about Ted Cruz is always, “When he shaves in the morning, how does he avoid spitting in the mirror?” To think of this guy being the president of the United States, this ambition and love of power combined with being on the wrong side of every issue, it’s a very scary prospect.

On how Trump makes a Bernie Sanders win possible:

Donald Trump has defied everybody’s predictions, and he’s still there, and he only seems to get stronger. The guy eats third rails for breakfast. I mean, what would he have to say? He’s already said, “Carly Fiorina, you’re too ugly to be president! John McCain, you’re not a war hero! Hey, would you like to see my impression of a guy with cerebral palsy?” I mean, what would he have to do, fart in Jesus’ face or call Ronald Reagan a fag? I have no idea what this guy would have to do to make his crowd turn on him. He’s like a movie monster who only gets stronger with the stuff that you’re using to try to kill him. So with this atmosphere, I think anything is possible—and that means Bernie Sanders is possible.

On the President's final State of the Union address:

Well, compared to Rubio and Jindal she looked like the Lincoln-Douglas debates.

On the racism animating the current GOP:

They created this monster in the party and now it’s taking over. They did the same thing with the Christian Coalition almost 30 years ago, and now they’ve redone it with the Tea Party. What they should’ve done when the Tea Party first emerged was to say, “You’re your own party; you’re not the Republican Party. The Republican Party is Bob Dole, George Bush I. Not these cranks.” But of course, they can never resist people who vote for them.

[The Tea Party is] born, bred, and raised from racism. Of course. There’s a number of things that prove it, but Obama has mostly completed their agenda. He cut taxes on 98 percent of Americans. He cut the deficit by two-thirds. He reduced the size of government, which is something that Bush and Reagan never did. And yet they still hate him. What could it be? I am always racking my brain! Is it because he’s skinny? What could it be! That’s of course what it is. There was no Tea Party during Bush despite the financial collapse, the bailout of the banks, the bailout of the automobile industry—all of this “socialist money” out the window, the thing that they supposedly hate, and yet no movement of concerned white taxpayers sprouting up. But suddenly, a month after Count Chocula takes office, they break out the three-cornered hat!