Donald Trump isn't going away: Why his performance in Thursday night's debate should terrify Republicans 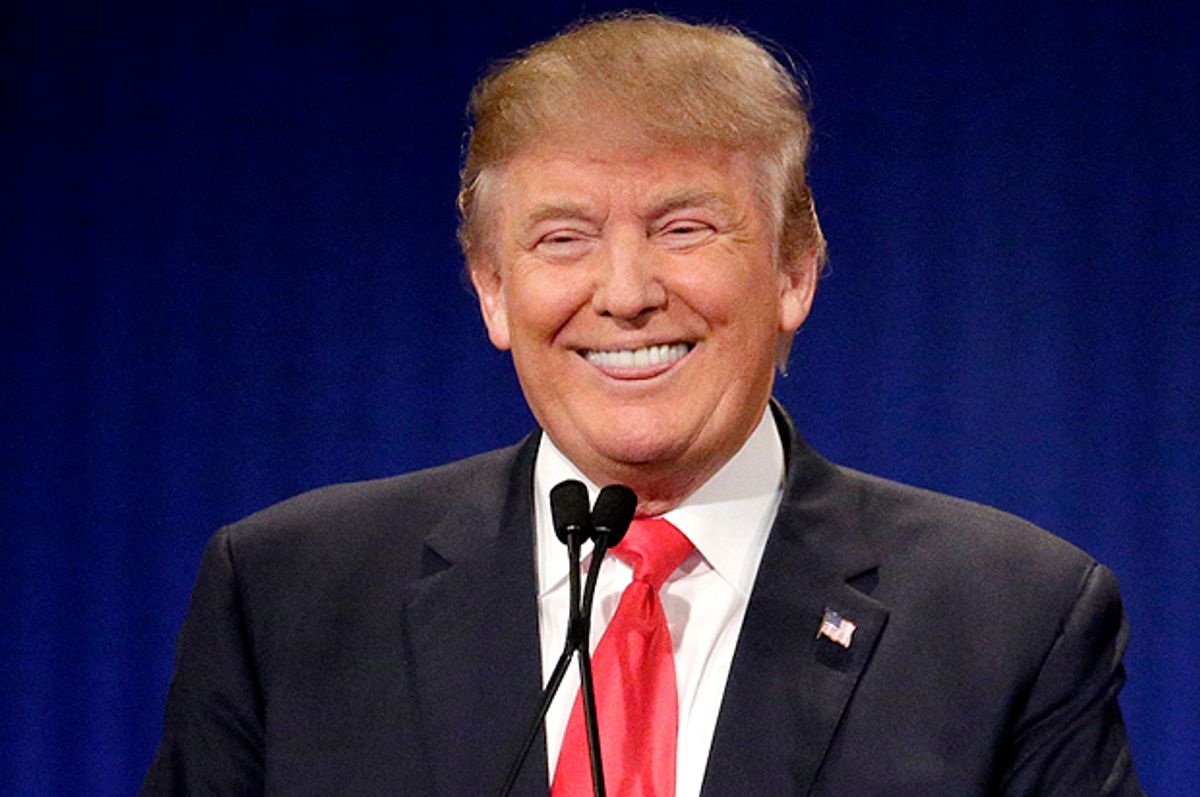 With every debate, Donald Trump gets a little more polished, a little more professional. However terrified Republicans are by Trump's dominance, some of that fear has been assuaged by the fact that Trump is comically unprepared for this level of politics. He's a great rabble-rouser, and he knows how to control the news cycle, but he's still a clown. The hope – among Republican insiders at least – was that Trump would eventually discredit himself and fall out of the race.

Thursday night was easily the Donald's strongest debate performance. Trump was still Trump, of course. The anger, the aggression, the bullying, the fear-mongering – it was all there to be seen. He even continued his tradition of emasculating Jeb Bush right in front of his face. But the performance was different, more measured. Trump comported himself differently, almost like a serious candidate.

Take the moment when Trump was asked about Nikki Haley's recent critique of his tone. Haley implored conservatives to resist “the siren call of the angriest voices.” This criticism cuts to the heart of Trump's greatest vulnerability: his tendency towards excess. His positions are odious, but there's nothing unique about that. The difference is that skilled politicians know how to package those odious views for mass consumption. It's both a strength and weakness of Trump that he can't do this. His over-the-top rhetoric has served him well in the primaries, but it would tank his candidacy in a general election.

Thursday night, however, Trump handled the question about Haley remarkably well. He managed to double down without sounding offensive or unreasonable. Here's his reponse:

“First of all, Nikki this afternoon said I'm a friend of hers. Actually a close friend. And wherever you are sitting Nikki, I'm a friend...But she did say there was anger. I'm very angry because our country is being run horribly and I will gladly accept the mantle of anger. Our military is a disaster. Our health care is a horror show. Obamacare, we're going to repeal it and replace it. We have no borders. Our vets are being treated horribly. Illegal immigration is beyond belief. Our country is being run by incompetent people. And yes, I am angry. And I won't be angry when we fix it, but until we fix it, I'm very angry. And I say that to Nikki. So when Nikki said that, I wasn't offended. She said the truth.”

Whatever you think of Trump, you have to admit that this is a great retort. First, he owned his anger, but he grounded it in righteous indignation. More importantly, he understands the mood of the base and he appealed to it masterfully. Republican voters are pissed off, and they're flocking to Trump because he's articulating their rage with perfect clarity. Trump could've handled this in a hundred different ways, and perhaps a month ago he would've botched it, but last night he didn't.

There was another moment in the debate in which Trump could've said something stupid or remained silent, but instead he inserted himself into the conversation and arguably won the night. Ted Cruz, being Ted Cruz, blithely insulted New Yorkers by suggesting they're not real Americans. Trump, to his credit, pounced on Cruz and seized the moral high ground in the process:

“And just so – if I could, because he [Cruz] insulted a lot of people. I've had more calls on that statement that Ted made – New York is a great place. It's got great people, it's got loving people, wonderful people. When the World Trade Center came down, I saw something that no place on Earth could have handled more beautifully, more humanely than New York...And the people in New York fought and fought and fought, and we saw more death, and even the smell of death – nobody understood it. And it was with us for months, the smell, the air. And we rebuilt downtown Manhattan, and everybody in the world watched and everybody in the world loved New York and loved New Yorkers. And I have to tell you, that was a very insulting statement that Ted made.”

I cringe when candidates invoke 9/11 for political gain, but this was pitch-perfect and it completely neutralized Cruz. A more amateurish version of Trump would not have managed this moment as well he did Thursday night.

All of this was a sign that Trump is settling into this race and becoming a better candidate. And it appears the Republican Party is gradually accepting that fact. As Jonathan Chait noted, “Repubicans have decided to start treating him [Trump] as a regular candidate and a member of their party in good standing, rather than an imposter who has hijacked it on a lark.” This is another way of saying Repubicans are becoming resigned to Trump's inevitability.