Jimmy Fallon is so f**king spineless: At least his Hillary and Trump interviews were equally lame 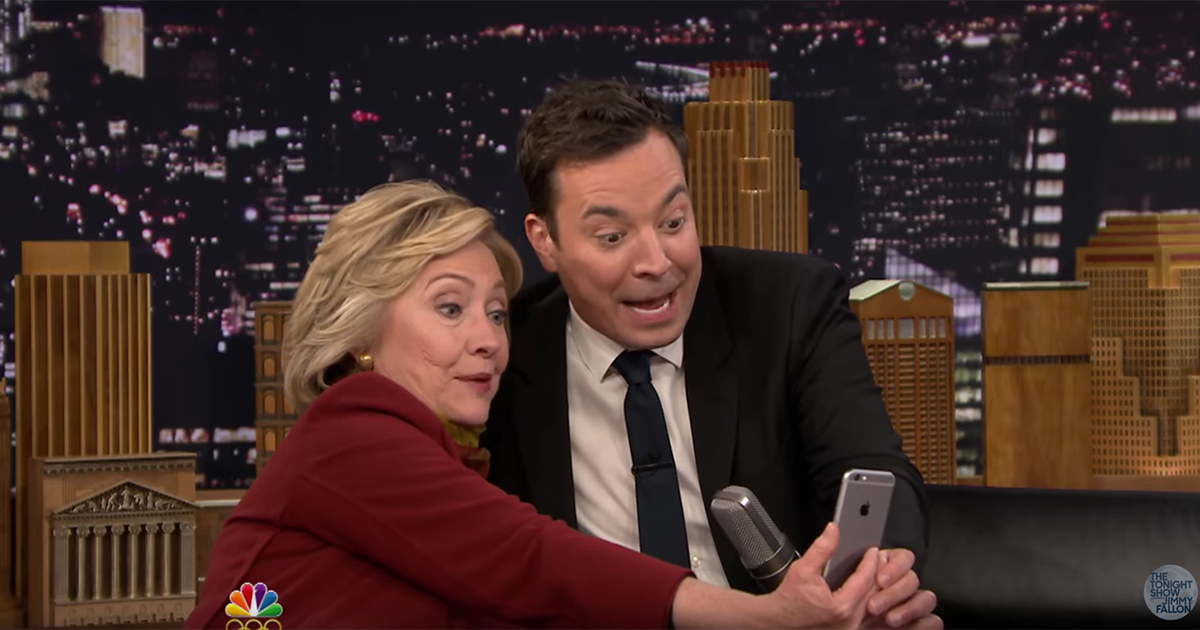 Jimmy Fallon gave Donald Trump a pass when he appeared for a second time, but at least he gave Hillary Clinton one too when she appeared on Thursday's "Tonight Show." At least he's bipartisan about being spineless. Good for him.

When Fallon asked if she watched the appearance with Trump she said no. "You know, he's a lot more obsessed with me than I am with him." That's reasonable to assume. She's also not weighing in on whether or not she'd love to run against the mogul, only calling it "quote the showdown" were it to happen. At one point she also let Fallon pull her hair, a dig at Trump's hair ... thing.

He asked Clinton if she'd be tuning in Thursday to Fox Business News debate with the GOP hopefuls. She said she avoids them if at all possible, but did include a hilarious nugget that when she watches them with former President Clinton, he's that annoying talker-guy in the movies. "You know he does have a running commentary, we both do," Clinton said. "'Can you believe what he just said, what does that mean?' 'I've no idea.' So we have an ongoing dialogue about it."

"You should have a drinking game. Every time they say your name, you take a shot," Fallon tried to convince Clinton. "I don’t think I'd make it past the first half hour," Clinton replied.

The closest thing he got to a tough question was when he asked Clinton about the tightening poll numbers and Bernie Sanders. Clinton played it cool, saying it had more to do with the timing than anything. We are getting closer and closer to the Iowa caucus and the New Hampshire primary so people are forming their decisions. That's when things get "exciting," she insisted.

Like Trump, he also did a mock interview with Clinton where he asked her questions that no one gives a shit about -- such as where she heard about this job and if she would be willing to relocate. The closest he came to anything remotely serious was at the end of the "interview" asking for her email. She blew it off and shook his hand.

The two also played on Snapchat and Clinton revealed that like many Americans, she too hates autocorrect. You can watch that portion in the video below:

Always a great time with @jimmyfallon. Thanks for snapping with us! (👻: HillaryClinton) pic.twitter.com/uAAUnvECQ7