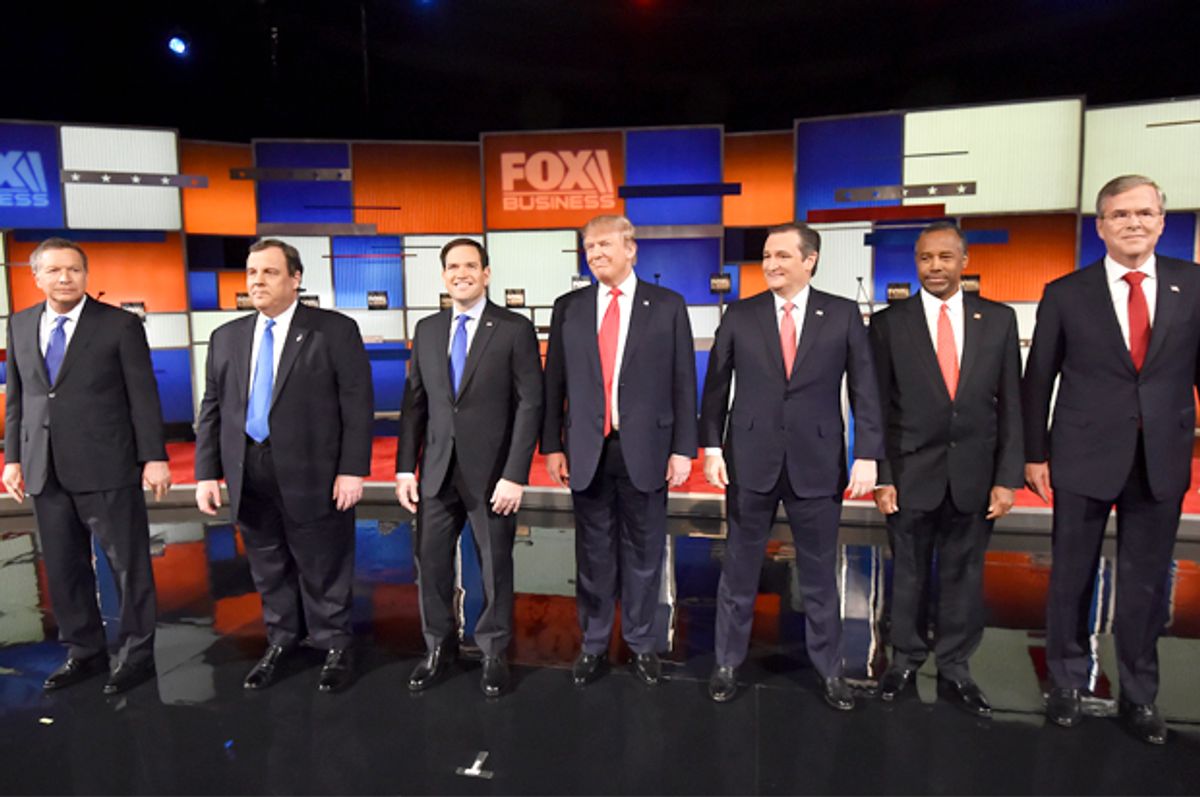 The first Republican debate of 2016 may have had fewer bodies on stage, but much of the same, tired conservative talking points were spouted with vigor and virtually no push-back -- only matched by the level of vitriol spread through right-wing Twitter.

The night started off with approval and a shout out from 21st Century Fox head honcho Rupert Murdoch:

But despite the well wishes, right-wing Twitter (and the South Carolina audience) were quick to egg on a more serious sparring match:

The rest of Twitter just didn't seem up for the mocking at this tedious, sixth GOP debate: