Trump replied that he's not saying "Who the Hell knows if Cruz can even serve?" even though he just said that 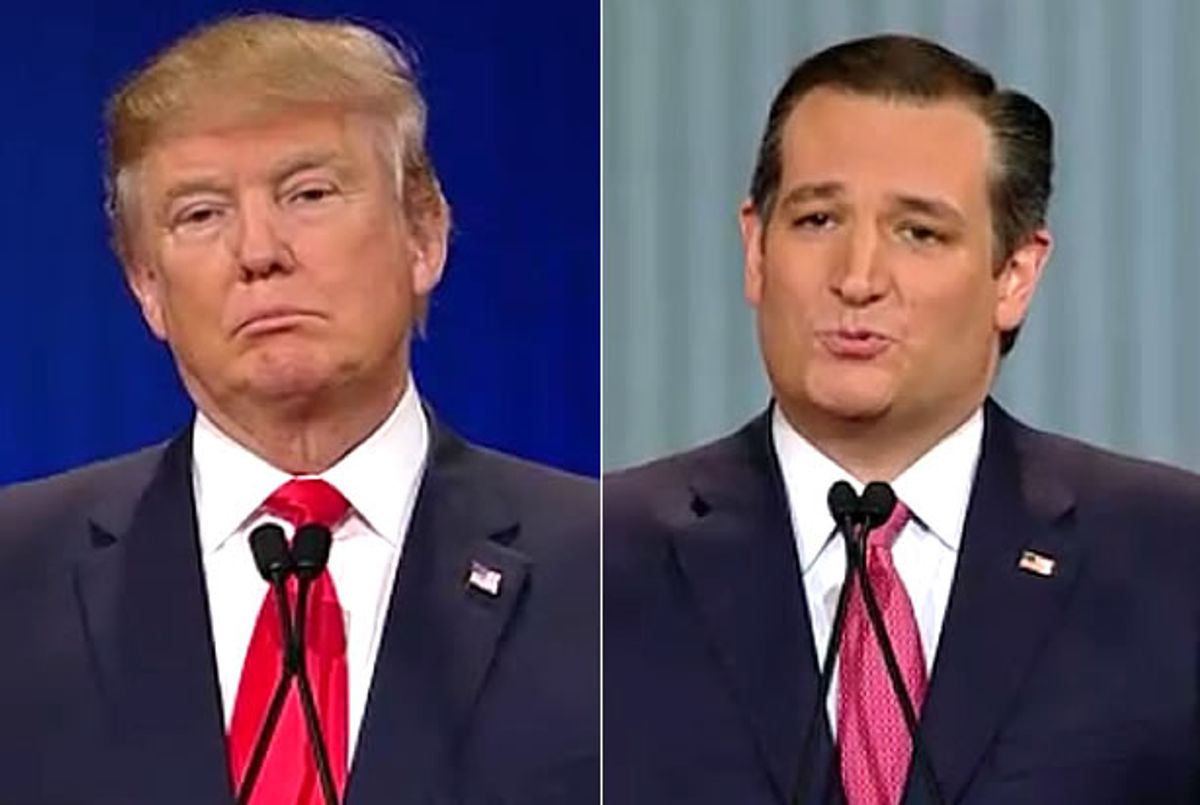 At the behest of moderator Neil Cavuto, Senator Ted Cruz lit into Donald Trump for suddenly embracing questionable claims about his eligibility to run for president -- claims Trump previously rejected when his lead over Cruz was far more commanding.

"I'm glad we're focusing on the important topics of the evening," Cruz said. "Back in September, my friend Donald said he had his lawyers look into this issue in every which way, and said there was nothing to this birther issue."

"Now, since September, the Constitution hasn't changed -- but the poll numbers have," he continued. "I recognize that Donald is dismayed his poll numbers are falling in Iowa, but the facts and the laws here are quite clear -- the child of a U.S. citizen born abroad is 'a natural born citizen.'"

"The birther theories that Donald is relying on insist that [not only] must you be born on U.S. soil, but both parents must be too." Cruz noted that that would eliminate a chunk of the GOP field -- including Trump himself, "because Donald's mother was born in Scotland, and she was naturalized."

"In the interest of citizenship," Cruz concluded, "I promise not to use your mother's place of birth against you."

Trump replied by claiming that Cruz was "misrepresenting how well [he's] doing at the polls." He also insisted that he was not spreading these birther theories, merely noting that "many constitutional scholars" are making this argument -- and the Democrats will be suing as he runs, so "who the Hell even knows if you can serve in office?"

"I'm not going to be taking legal advice from Donald Trump," Cruz said.

WATCH the video clip below: