They love to scare you: Republicans start debate by implying terrorists might kill us all by November

Candidates get sixth debate started by bantering about how scared they are of, well, everything 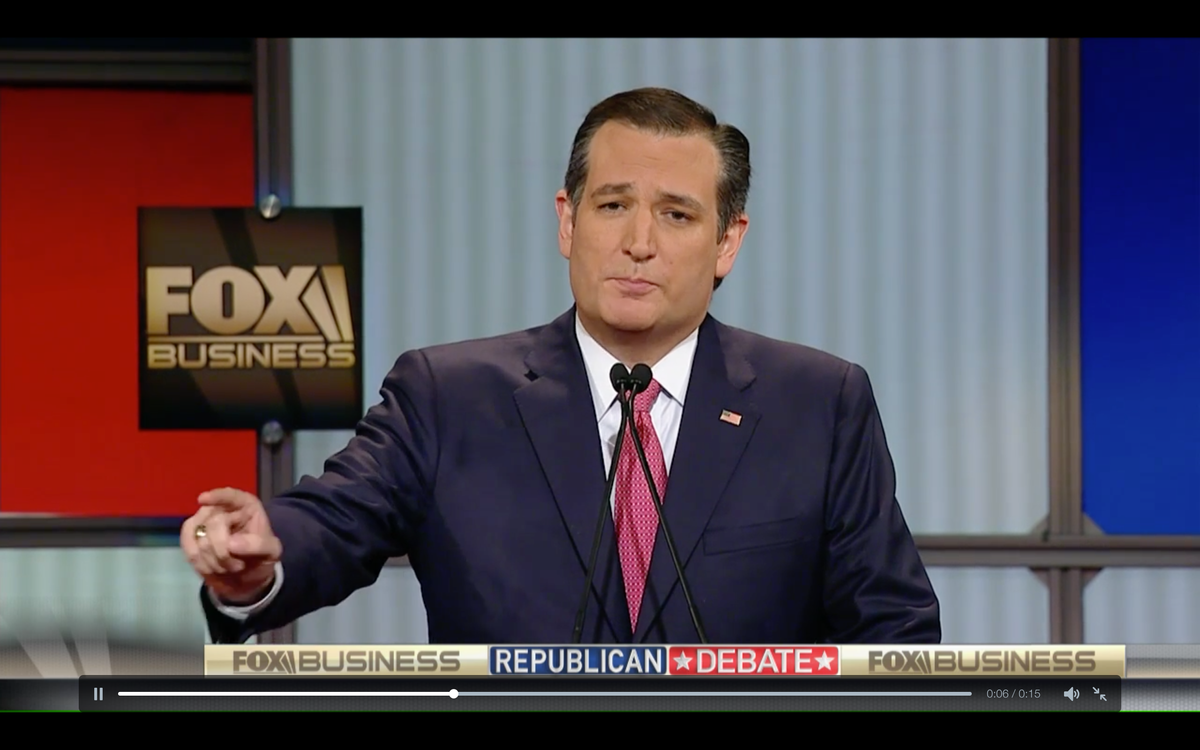 Channeling Fox Business Network's daily programming for a moment: The smart investment move prior to Thursday's Republican debate would be to invest heavily in survival supply companies. Because, to listen to the candidates on stage Thursday night, holing up in your bunker with a year's worth of MREs is the only way to survive the upcoming Obama-instigated apocalypse. Which is only happening because he's too politically correct to oppose the end of the world.

The moderators tried to open the debate up with a question about jobs, but Ted Cruz, whose background in the fundamentalist church taught him very well that fear of imminent apocalypse sells well, decided to talk about the American soldiers who were briefly held in Iran before being released peacefully.

And with that, it was on. A handful of our soldiers were briefly detained after drifting into Iran's territory. They may have even bruised their knees! And one thing was certain for every man on stage: This only happened because President Obama had somehow massively failed to man up like a manly man who knows what it means to be a man would do. A real man wouldn't do what Obama did, which is to resolve the situation swiftly and peacefully so that everyone can move on. Real men do something. Something vague. But something tough. Chris Christie has a theory: They "took" our soldiers because our military is too small. Jeb Bush immediately chimed in to agree.

.@JebBush: What we need to achieve is peace through strength which means we need to rebuild the military. #GOPDebate pic.twitter.com/jKAqFdF0sj — FOX Business (@FoxBusiness) January 15, 2016

Marco Rubio made sure to work the word "Benghazi" in, before explaining that handling foreign policy is a lot like handling those hot girls in the bar who laugh in your face when you ask if they want to see your new Porsche.

Donald Trump, who clearly gets most of his information about international politics from right-wing Facebook memes, went off on a rant about Syrian refugees based around the question, "Where are the women?" His argument was that they are clearly scary people who mean us ill because they're all young, strapping men.

The reality, of course, is completely different. The State Department is very clear about the demographics of Syrian refugees coming into our country:

Half of the Syrian refugees brought to the U.S. so far have been children; and [2.5%] are adults over 60. And I think you will have heard that only 2 percent are single males of combat age. So we – there’s slightly more – it’s roughly 50/50 men and women, slightly more men I would say, but not – not a lot more men. So this is normal that as you’re – as we set a priority of bringing the most vulnerable people, we’re going to have female-headed households with a lot of children, and we’re going to have extended families that are maybe missing the person who used to be the top breadwinner but have several generations – grandparents, a widowed mother, and children.

But of all the fear-mongering, Ben Carson's may have been the most evocative. While the other candidates tossed out a bunch of button-pushing fear terms, Carson decided to tell us a little story about how swarms of hidden terrorists with "dirty bombs" and other nefarious technologies are coming to destroy our entire infrastructure in a single, widespread and devastating attack.

Taken together, it's clear that our immediate future, according to Republicans, involves young, strapping men from abroad making you go down on your knees, dirty bombing you and taunting you about how your military isn't big enough. Dear Penthouse, that's how I won the Republican primary.