Moving beyond Obama: How a transformational president became an impediment to change

His romantic vision of America was once his greatest asset. But now it's holding Obama and his country back 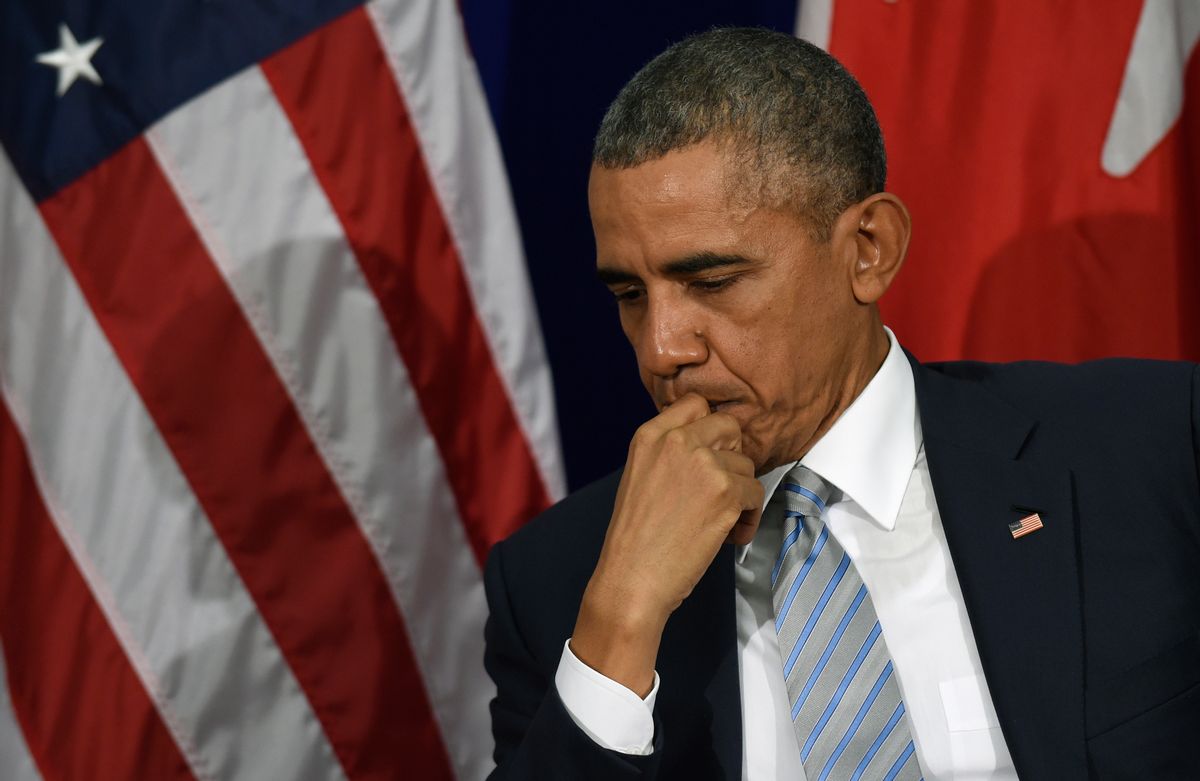 As I was watching the president's final State of the Union address on Tuesday, a thought I never expected to associate with Barack Obama lodged itself in my head. And as I read the transcript of the speech and mulled it over during the days that followed, the thought didn’t lose any of its persuasiveness.

The thought, simply put? That Barack Obama had become an impediment to change.

“To be clear,” as the president likes to say, I don’t mean that he’s turned into vigorous new defender of the status quo. That wouldn’t be true. Not because he isn’t a small-c conservative, but because he’s always stood, at least to some extent, in the way of major policy shifts. You’d never find Obama promoting unilateral disarmament or a violent workers’ revolution. He’s always been an enemy of “change” when it comes to stuff like that.

The kind of change I have in mind is different. It doesn’t have to do with systems of government or public policy. It’s more about how the American public understands itself. For as long as he’s been a national figure, Barack Obama has, in this regard, been what the TED Talks crowd refers to as a “change agent.” Many of us are used to it by now; but it was a huge shift of the limits of the possible, having someone with his skin color, name, and religious background get himself elected president.

Yet as important as that change was (and it was important) it’s clear that Obama’s approach has a ceiling. And despite levels of economic and racial inequality as bad (or worse) than ever, it looks like that ceiling’s been hit. In many ways, Obama’s version of politics has paid-off; the country is in unquestionably better shape than it was in 2008. But millions of the people who needed his help the most — those in the economy’s netherworld and fringes, who are disproportionately women, children and of color — are still hanging by a thread.

At this point you might reasonably be wondering what, exactly, Obama’s version of politics even is. One way to respond would be to point you toward my recent interview with Professor Eddie Glaude Jr.; another would be to quote from this week’s state of the union — specifically, the moment when Obama indirectly spoke to the kind of chauvinist politicians his ascension was supposed to make irrelevant. These are the people whose politics is in complete opposition to his pluralist cosmopolitanism. Theirs is an older, “blood-and-soil” kind of Americanism. Here, then, is the speech’s attempt at resistance:

[W]e need to reject any politics that targets people because of race or religion. This isn’t a matter of political correctness. It’s a matter of understanding what makes us strong. The world respects us not just for our arsenal; it respects us for our diversity and our openness and the way we respect every faith. His Holiness, Pope Francis, told this body from the very spot I stand tonight that “to imitate the hatred and violence of tyrants and murderers is the best way to take their place.” When politicians insult Muslims, when a mosque is vandalized, or a kid bullied, that doesn’t make us safer. That’s not telling it like it is. It’s just wrong. It diminishes us in the eyes of the world. It makes it harder to achieve our goals. And it betrays who we are as a country.

It hasn’t always been easy, the speech continues, but Americans have come to understand that “We the People” — the “three simple words” that start the U.S. Constitution — is supposed to “mean all the people, not just some.” It’s a seductively beautiful sentiment, one in which countless people throughout American history have wanted to believe. It’s reminiscent, in fact, of the 2004 speech that first turned Barack Obama into a political sensation.

And that right there is the problem, more or less. A lot has changed in the U.S. since the 2004 convention. But, in this pivotal respect, Barack Obama hasn’t. It would be wonderful if America was a country where “all the people” flourished, regardless of their race or religion. But at the risk of stating the painfully obvious, Donald “round ‘em up” Trump is the Republican Party’s leading nominee for president! The America featured in Obama’s speeches is a truly righteous nation; it also doesn’t exist.

It never has, not really. And the point isn’t academic. To many of the groups in the vanguard of America’s social justice movements, recognizing that Barack Obama’s America is, and has always been, an illusion is fundamental to their politics. It’s the historical fact that gives weight to concepts like the “new Jim Crow.” It’s the reason why “Black lives matter” is not just necessary; it’s defiant.

But if we don’t accept that plunder and bigotry are part of America’s foundation, we cannot see it. And if we cannot see it, then we cannot change it. Thus is Barack Obama’s relationship with “change” transformed. He once was its embodiment; now he stands in its way.