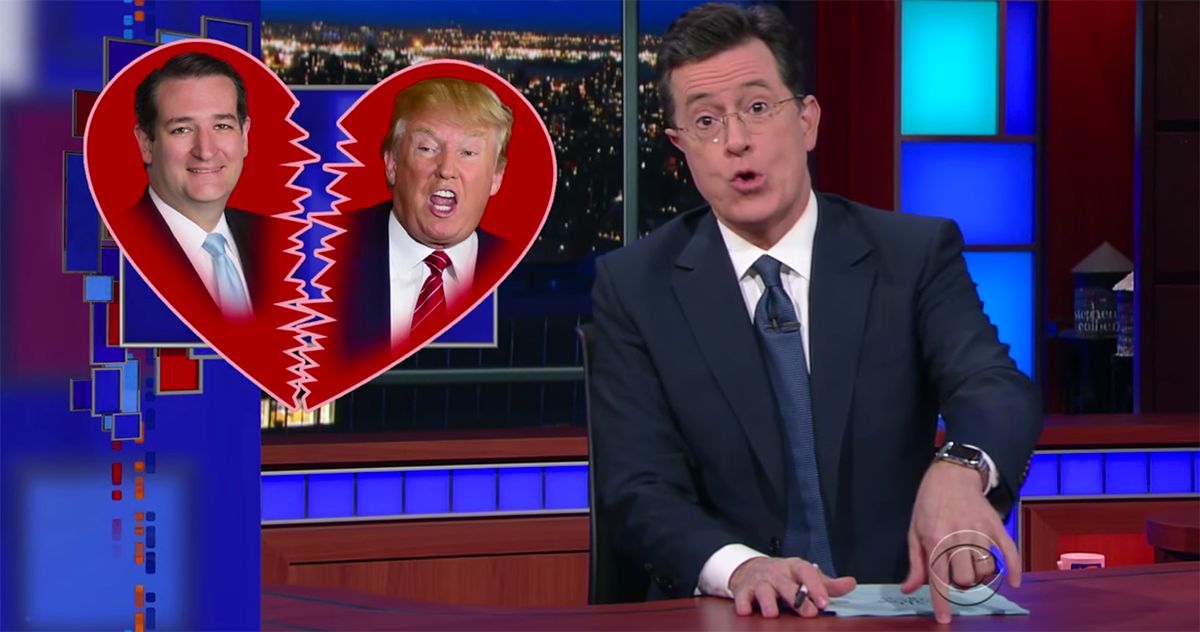 Donald Trump and Ted Cruz are on the rocks, at least, that's what every news outlet in the country said on Friday, so it must be true. The continuous "New York values" exchange on Thursday's GOP debate on Fox Business News has Stephen Colbert a little sad about the love that Trump and Cruz once shared.

On Friday evening's "Late Show," Colbert walked through the throwdown: "Trump pointed out that Cruz, who was born in Alberta, might really be a Canadian. Then Cruz pointed out that Trump was born in New York and might really be an a-hole. Which I think proves he's not Canadian." Of course, Cruz is refusing to apologize to Trump, but it wouldn't matter if he did, the damage has already been done. #NewYorkValues was trending on Twitter all of Friday with more than just New Yorkers blasting Cruz for trash talking 8.4 million American people.

Colbert then showed clips of news people saying that Cruz was a "master debater" a phrase that more people on television should be using to help increase their 13-year-old boy viewership.