Reed Hastings has pledged $100 million to help privatize traditional public schools across America. He has company 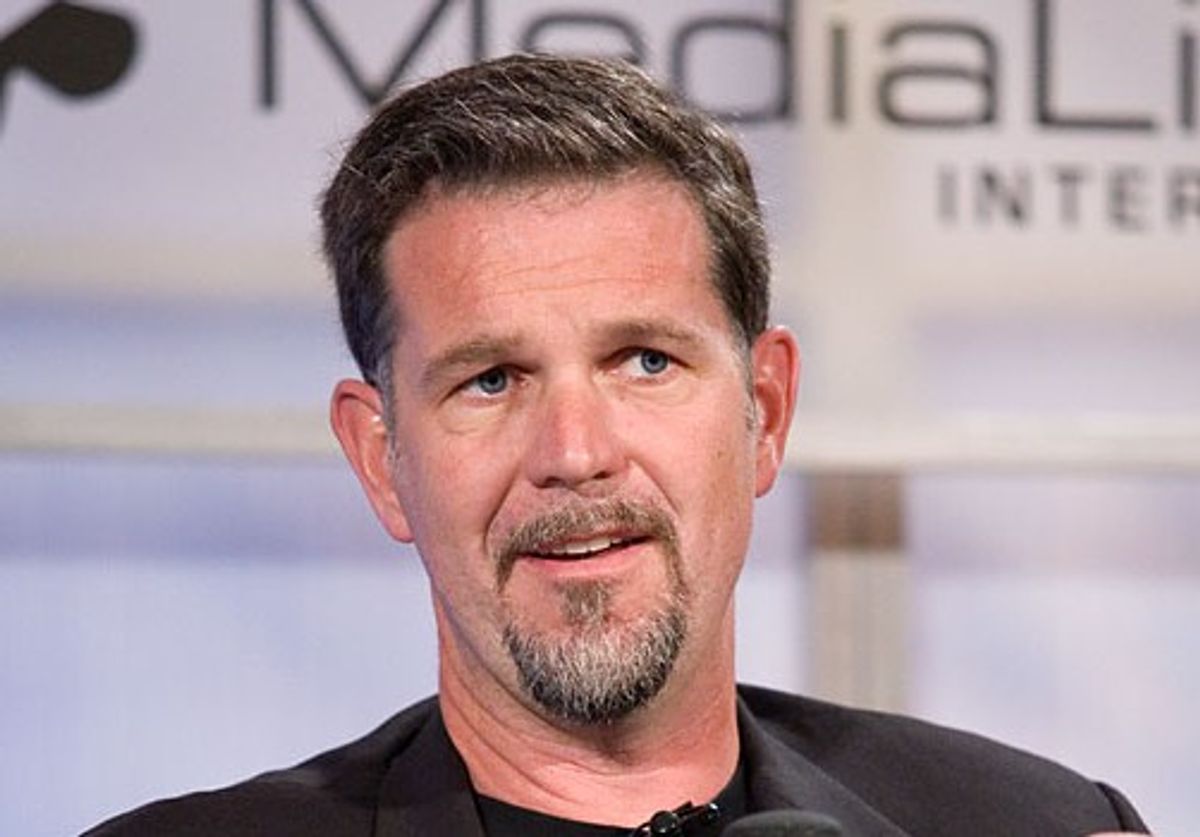 There’s more evidence that the push to privatize traditional public schools across America is a pet project of Silicon Valley’s billionaire boy’s club.

On Tuesday, Netflix founder and CEO Reed Hastings announced on Facebook that he was creating a $100 million foundation to fund education, which mostly means bankrolling the charter school industry.

“I’m thrilled to announce that I’m funding a new $100m philanthropic fund for education, creatively named the Hastings Fund, through the Silicon Valley Community Foundation,” he wrote. “Neerav Kingsland is the CEO of this fund, and will donate these funds in the best way possible for kids’ education.”

While its first two grants are going to the United Negro College Fund and the Hispanic Foundation of Silicon Valley to support college education of black and Latino youth, Kingsland’s background is telling about Hastings’ priorities. He was CEO of New Schools for New Orleans, where more than 90 percent of the children attend charter schools, and is a senior fellow at the Laura and John Arnold Foundation, which over the past four years has given away $150 million to a range of players in the charter industry.

“The work ahead is really hard because we’re at 8 percent of students in California, whereas in New Orleans they’re at 90 percent, so we have a lot of catchup to do,” Hastings said in a profile last winter on EducationNext.org, created by the pro-privatization Hoover Institute. “So what we have to do is continue to grow and grow… It’s going to take 20 to 30 years to get to 90 percent of charter kids.”

There are many problems with charter public schools, according to traditional public school advocates. They are anti-democratic, often embracing secretive and unaccountable corporate-style governance. They are prone to fiscal corruption, often using taxpayer money to enrich top staff and business associates. (In California, which has the most charters in the nation, reports by pro-public education advocates found that fraudulent self-enrichment schemes were expected to cost taxpayers in excess of $100 million in 2015.) They vehemently oppose teachers’ unions and have a disdain for locally elected school boards. When it comes to academics, many—especially the largest chains—share an over-reliance on teaching for test scores and not addressing individual student needs.

Yet this movement is propelled by some of America’s most successful entrepreneurs who believe that they remake public school in their companies’ image of disruptive innovation, even though their efforts have not been uniformly more successful than traditional public schools—despite frequently cherry-picking their students.

Charter champions like Reed Hastings ignore this track record. He has been at the forefront of helping the privatization movement gain a foothold in the state since the late 1990s, when he financed and led a state ballot measure that forced the legislature to loosen its restrictive charter regulations. He has also provided startup funding for charter chains, invested in venture groups that support software and other learning technologies, saying he believes computers can replace many teachers. And he said in a 2015 address to the California Charter Schools Association that school boards were obsolete and needed to be replaced.

Hastings’ advocacy is well known to charter critics, but most revealing about his announcement on Facebook was the chummy response of other tech entrepreneurs, some of whom have spent hundreds of millions on charter schools and launching a pro-privatization industry.

“Thank you for your leadership on education!” noted top commenter, Facebook founder Mark Zuckerberg, whose $100 million donation to improve schools in Newark, New Jersey has largely been judged a failure. “You’ve been an important mentor and example for me and Cilla, and we look forward to working together even more.”

“Bravo, Reed,” wrote Gavin Payne, who is communications director of the Bill and Melinda Gates Foundation, which has spent hundreds of millions of dollars—along with the Walton Family Foundation fed by Walmart profits—to impose test-centered curricula at charter schools.