All 3 candidates at Sunday's debate spoke out against the chokehold large corporations have over U.S. politics 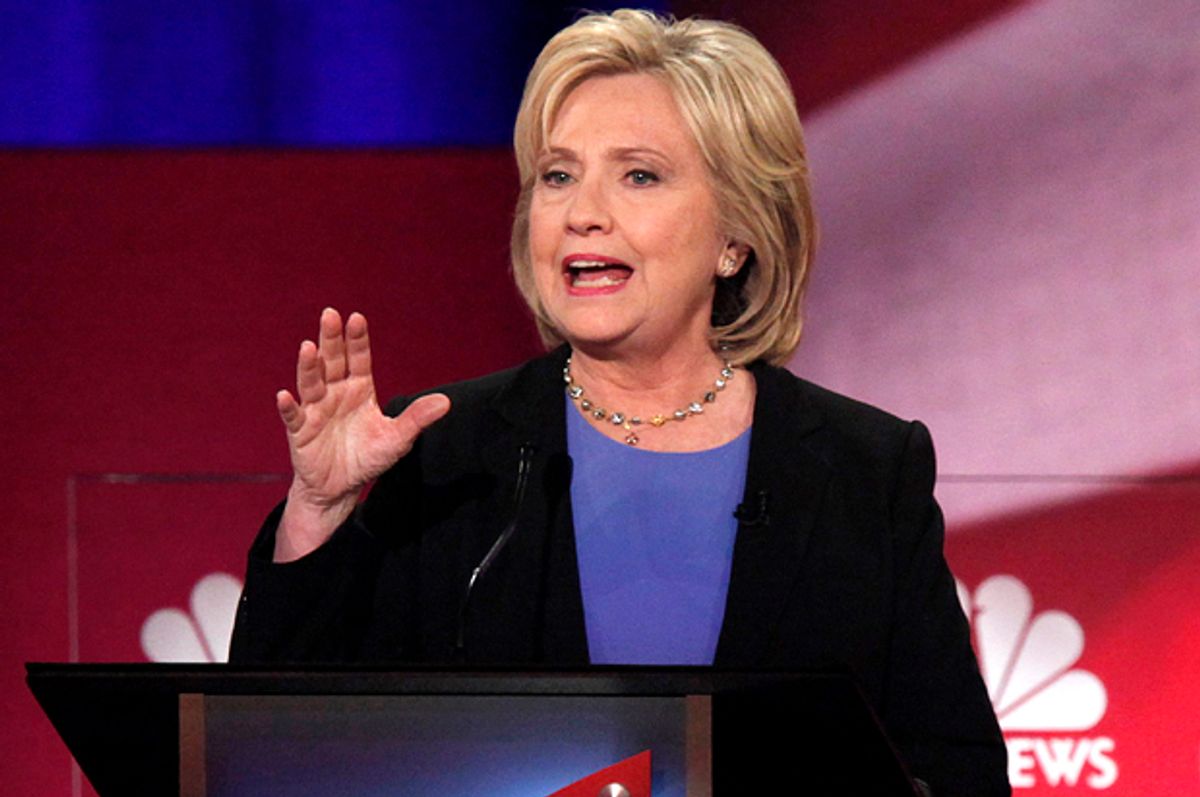 "Congress is owned by big money and refuses to do what the American people want them to do," Sanders said in the fourth Democratic presidential debate Sunday night in South Carolina.

All three candidates spoke out against the chokehold large corporations have over U.S. politics.

"The real issue is that, in area after area," Congress opposes what the American people overwhelmingly want, Sanders insisted.

"Raising the minimum wage to $15 bucks an hour — the American people want it," he said.

A poll conducted by Hart Research Associate in early 2015 found that 63% of Americans support raising the federal minimum wage to $15.

Sanders was referring to proposed a plan he says will create jobs for Americans by rebuilding U.S. infrastructure, much of which was built many decades ago and which has been referred to as a "disaster."

"The pay equity for women — the American people want it," he said.

A 2014 poll by Gallup found that roughly 40 percent of Americans consider unequal pay the top issue facing working women. What Americans are divided on, studies show, is whether there should be legislation in order to address this.

"Demanding that the wealthy start paying their fair share of taxes -- the American people want it," Sanders added.

When faced with other potential cuts to government spending, up to 61 percent of Americans said they would prefer increasing taxes on the rich.

The Vermont senator and self-declared democratic socialist lambasted Clinton for her close ties to Wall Street.

Rove, the Republican politician and former Bush administration adviser, released an ad this week saying "Ever wonder how Hillary Clinton can afford so many ads? Chances are, they were paid for with Wall Street cash."

In response to the attack ad, Clinton shot back, "I find that, in a perverse way, an incredibly flattering comment on their anxiety, because they know that not only will I stand up for what the country needs, I will take it to the Republicans."

O'Malley interjected with some harsh words for the former secretary of state.

Blasting Clinton for her "cozy relationship with Wall Street," O'Malley noted, "In an earlier debate, I heard you bring up even the 9/11 victims to defend it."

Clinton has invoked the 9/11 attacks at least twice in order to defend her close ties to Wall Street.

O'Malley continued, maintaining "The truth of the matter is, Secretary Clinton, you do not go as far as reining in Wall Street as I would."