Dem debate: Sanders blasts mass incarceration, asks why millions of black Americans are in prison, but not Wall Street CEOs 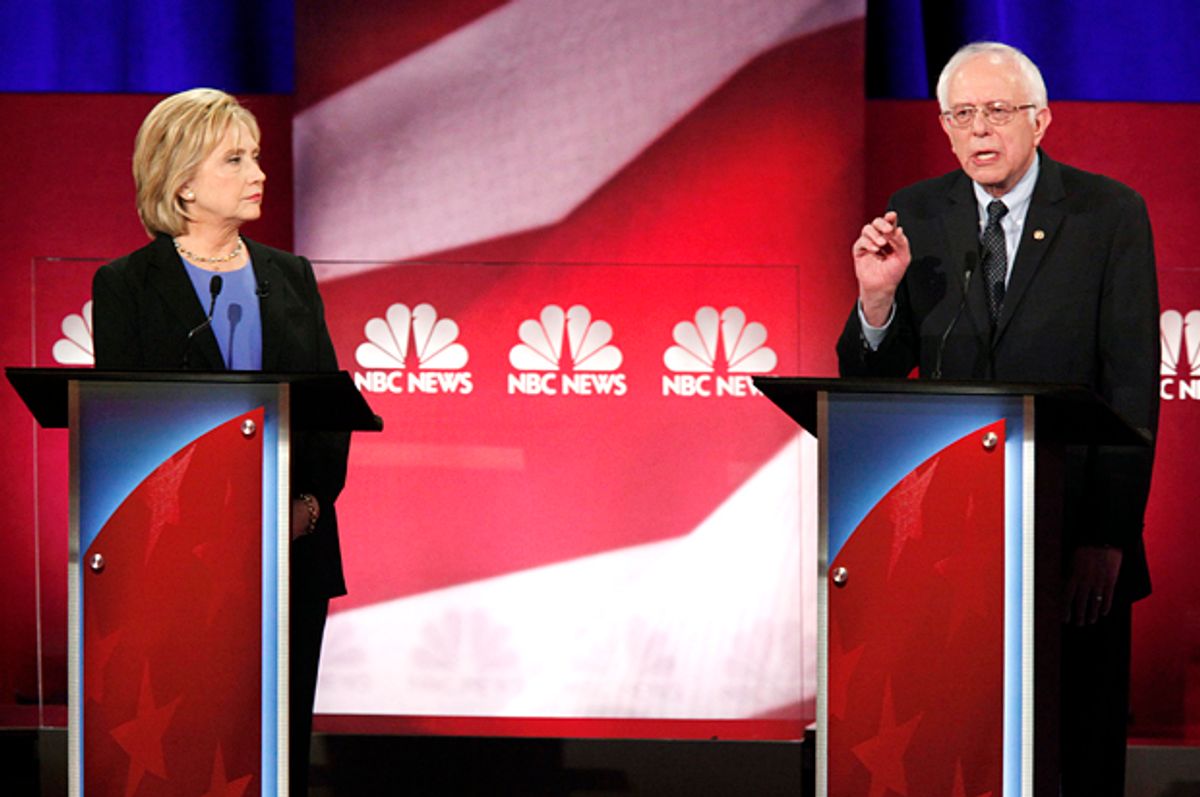 "Who is satisfied that millions of people have police records for possessing marijuana when the CEOs of Wall Street companies who destroyed our economy have no police records?" Bernie Sanders declared Sunday night in the fourth Democratic presidential debate.

The Vermont senator blasted mass incarceration and the prison-industrial complex.

"We have a criminal justice system which is broken," Sanders said. "Who in America is satisfied that we have more people in jail than any other country on Earth, including China?"

Earlier in the day, Sanders tweeted about the issue, noting that China has four times the population of the U.S., but significantly fewer prisoners.

The U.S. has just 5 percent of the global population, but one-fourth of the world's prisoners.

Sanders lamented that these prisoners are also "disproportionately African American and Latino."

Hillary Clinton also noted "One out of three African-American men may well end up going to prison. That's the statistic."

"I want people here to think what we would be doing if it was one out of three white men," Clinton said.

Sanders also addressed the structural inequalities black Americans face. "Who is satisfied that 51% of African American young people are either unemployed, or underemployed?" Sanders said.

Studies show that black candidates for jobs who are equally qualified with white candidates are less likely to get offered an interview. Black Harvard graduates are just as likely to get a callback as white Americans who graduated from a state college.

In fact, studies show racism is so prevalent, white former felons have the same chances of getting hired as black candidates who have no criminal record.

Sanders called for "investing in jobs and education, not in jails and incarceration."

No Wall Street CEOs were imprisoned for their role in crashing the economy in 2008.

"It's not that federal government tried to prosecute a bunch of them but lost the cases," the Washington Post reported. "There were no serious efforts at criminal prosecutions at all.