Fireworks at Dem debate: Sanders accuses Clinton of lying about his record on gun control

As Clinton and Sanders condemned each other, O'Malley insisted both have been "inconsistent" on guns 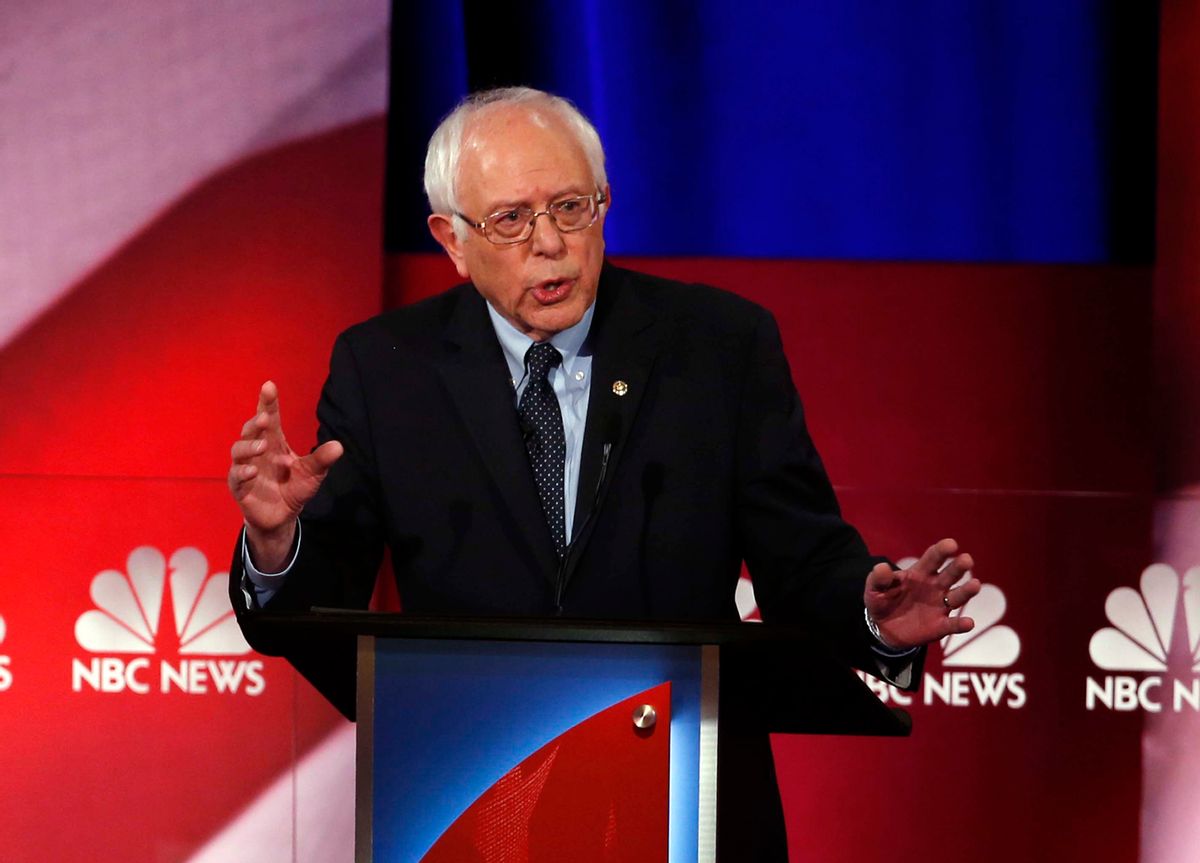 Consistent with their public battles over the last couple weeks, Clinton slammed Sanders on gun control, claiming he has been inconsistent on the issue.

"I think Secretary Clinton knows that what she says is very disingenuous," Sanders shot back. "I have a D-minus voting record from the NRA."

In 1988, Sanders recalled, "there were three candidates running for congress in the state of Vermont, I stood up to the gun lobby and came out and maintained the position that in this country we should not be selling military-style assault weapons."

"I have supported from day one and instant background check to make certain that people who should have guns do not have guns. And that includes people of criminal backgrounds, people who are mentally unstable," he added.

"I support what President Obama is doing in terms of trying to close the gun show loop holes and I think it should be a federal crime if people act as dormant."

An animated Clinton responded. "I have made it clear based on Senator Sanders' own record that he has voted with the NRA, with the gun lobby numerous times," she maintained. Clinton noted that Sanders voted against the Brady Handgun Violence Prevention Act five times. She also pointed out that he voted for the Charleston Loophole, and for immunity for gun makers and sellers.

Before the debate, Sanders slightly modified his position on legislation devoted to punishing gun manufacturers.

In the debate, he stressed hat he doesn't oppose punishing gun manufacturers on principle, but simply took issue with the particular legislation that was proposed.

"I am pleased to hear that Senator Sanders has reversed his position on immunity and I look forward to him joining with those members of congress who have already introduced legislation," Clinton noted.

Sanders emphasized that he felt gun control is too politicized and partisan of an issue in the U.S. "This should not be a political issue," he said. "What we should be doing is working together."

"I would have to agree with both of them," he said. "They've both been inconsistent when it comes to this issue."