Bernie Sanders is the hero Democrats need: Look past the "socialist" label see him for what he really is

While many in the media are obsessing over Bernie's "socialism," they're missing the bigger picture 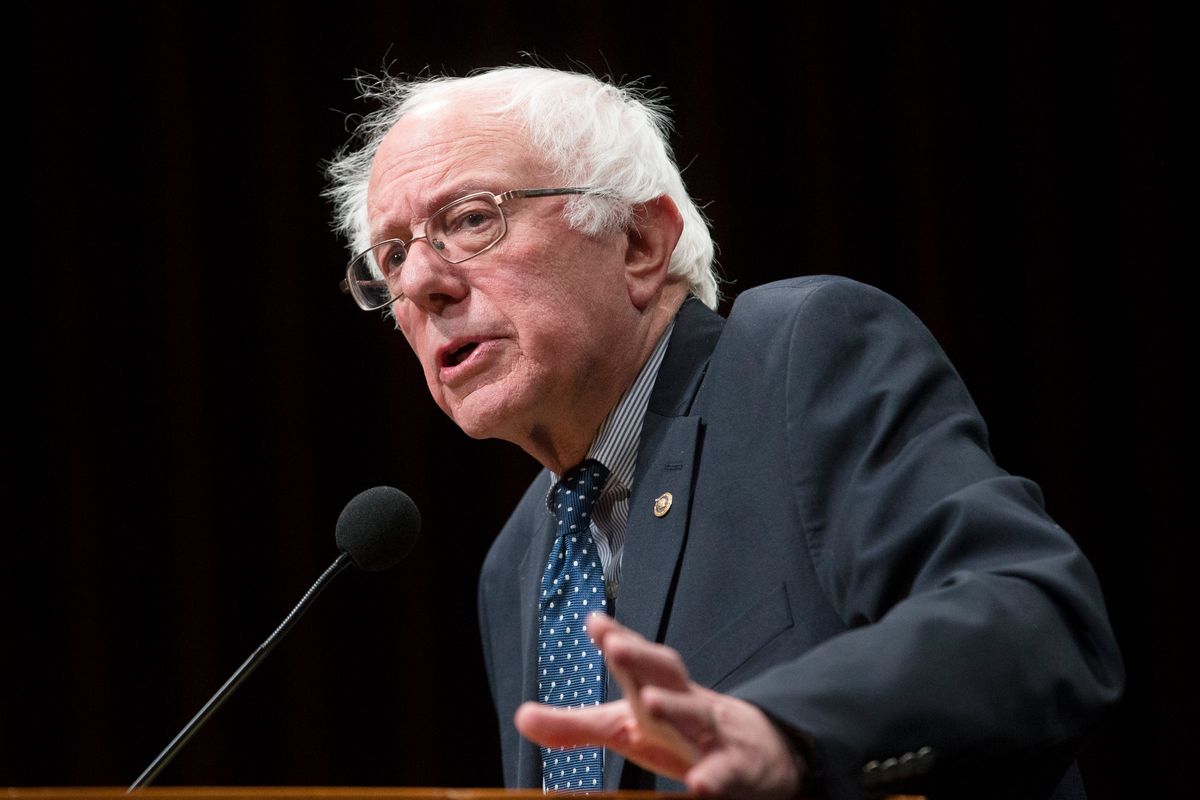 In a recent Salon article, Harry Jaffe, author of the brand new biography, "Why Bernie Sanders Matters," attempts to clarify the the Vermont senator's frequently contested ideology. Depending on who you ask, Sanders is either a socialist, a democratic socialist, a social democrat, or, as Jaffe argues, a plain old Democrat.

(Of course, some on the right, like Rupert Murdoch’s New York Post, believe he is a “diehard communist.”)

“Bernie Sanders is not a socialist,” writes Jaffe. “No way, no how. He’s not even a democratic socialist, as it is practiced in the Scandinavian nations...Sanders is a Democrat in every way but the name. Running in Vermont, Sanders had to distinguish himself from Democrats to establish his own brand. But once he got to Congress in 1990, he voted with the Dems, nearly 100 percent of the time.”

It is fair enough to call Sanders a Democrat, but one must make an important distinction between neoliberal Democrats, like Bill Clinton, and New Deal Democrats, like Franklin Roosevelt. Sanders obviously falls into the latter category, and thus has been considered fringe for most of his career (just as FDR would have been towards the end of the 20th century). Of course, it’s true that Sanders has voted with Democrats the majority of the time, but this is probably not the best way to measure Sanders’ ideology, as there are only two major political parties in the United States, and he would certainly not be voting for bills that the Republican Party, which has become increasingly extremist over the years, supports.

Perhaps the best way to gauge Sanders ideology would be to look at bills that he has recently sponsored (the majority of which have not made it past committees). Consider the “Worker Ownership, Readiness and Knowledge (WORK) Act,” which he introduced in 2012. This legislation would “establish within the Employment and Training Administration of the Department of Labor an Employee Ownership and Participation Initiative to promote employee ownership and employee participation in business decision making.” In other words, it was designed to increase worker ownership and promote economic democracy within market, which is a democratic socialist ideal. As the organization, Democratic Socialist of America (DSA), writes on its website:

“Democratic socialists do not want to create an all-powerful government bureaucracy. But we do not want big corporate bureaucracies to control our society either. Rather, we believe that social and economic decisions should be made by those whom they most affect... Social ownership could take many forms, such as worker-owned cooperatives or publicly owned enterprises managed by workers and consumer representatives. Democratic socialists favor as much decentralization as possible.”

Another bill, "The U.S. Employee Ownership Bank Act," was designed to establish the United States Employee Ownership Bank, which would “foster increased employee ownership of United States companies” by providing loans to workers “to purchase a company through an employee stock ownership plan or an eligible worker-owned cooperative, which shall be at least 51 percent employee owned.”

More recently, Sanders has introduced a bill to break up the big banks, which is a policy that New Deal Democrats would wholeheartedly support. ("Glass Steagall," for example, broke up financial institutions that had both commercial and investment banking divisions.) Sanders is also a co-sponsor of the "Fair Elections Now Act," which was reintroduced in June to “curb the growing influence of big money in politics,” while in 2013, he introduced legislation that would create a Medicare-for-all single payer healthcare system (which he reintroduced -- though with significant changes -- on Sunday). Sanders has sponsored hundreds of bills during his time in Washington, and the majority were simply too progressive for American politics.

So then, while one can certainly call Sanders a “Democrat,” one can just as easily call him a “social democrat,” which is what the Scandinavian countries are widely labeled. When it comes to policies for promoting worker ownership, he is very much a democratic socialist, while on the subject of foreign affairs, it is fair to call Sanders a Democrat -- though he is one of the less hawkish Democrats (compared to, say, Hillary Clinton). And, of course, Sanders is not a socialist; but if we’re being completely honest, the Senator never claimed to be a socialist during this campaign -- you can thank the media, which has no time for technicalities, for that misunderstanding.

What Sanders is attempting to do, as far as I can tell, is reform the Democratic Party. In a sense, he is hoping to bring back the economic ideals of the New Deal era, while promoting the social ideals of the modern era. This has received sharp criticism from actual socialists, like the writer, Chris Hedges, who believes that Sanders’ “ill-advised decision to validate the Democratic Party by becoming one of its presidential candidates, is a waste of time.” But for other no less cynical progressives, who see reforming the Democratic party as the only viable option at this time, Sanders is creating an important grassroots movement that may well shift the political debate leftwards (after being pushed to the right for about 40 years).

At the fourth Democratic debate, Sanders made his objective clear. “The Democratic party needs major reform,” he said. “Instead being dependent on Super PACs, what we need is to be dependent on small individual campaign contributors. We need an agenda that speaks to the needs of working families and low-income people, not wealthy campaign contributors.” Sanders also made a point of discussing the revolving door, which infects both parties:

Since the Democratic Party decided to forgo the social democratic ideals that it had fought for for much of the 20th century, especially with the election of Bill Clinton -- whose political hero is, ironically, FDR -- the entire political debate has shifted further and further to the right, to the point where the business-friendly Affordable Care Act has become socialist. Sanders is fighting for the soul of the Democratic Party. And maybe this is, as Hedges put it, a waste of time. Maybe the Democratic Party is irredeemable. But Sanders is ultimately a pragmatist. He has vowed not to run as an Independent and not to become the next Ralph Nadar, to the great dismay of some purists, like Hedges. He does not want to help a Republican get elected president. And can you blame him? The GOP is, as Noam Chomsky recently put it, no longer a normal party, but “a ‘radical insurgency’ that has pretty much abandoned parliamentary politics.” Regardless of what you label Sanders -- and I believe the most appropriate label for him is “progressive” -- it is hard to deny that he is revitalizing the progressive spirit at a critical point in American history.