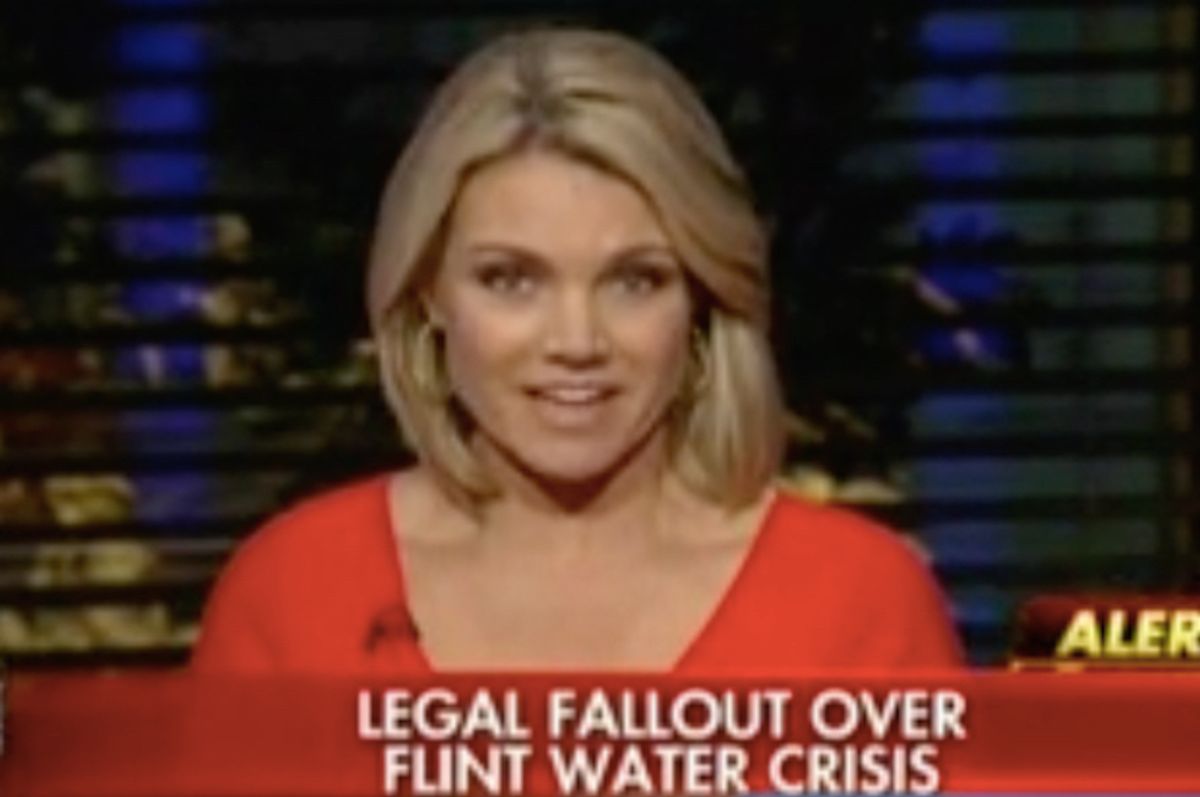 It is not enough that Republican presidential candidates are completely ignoring the man-made Flint water disaster or that conservatives are weakly attempting to deflect blame for the lead contamination of the city's water source to President Obama's Environmental Protection Agency, now at least one right-wing anchor at Fox News is downplaying concern for the 100,000 residents of the majority-minority Michigan town as a cynical move to "get more black votes" by national democrats.

Fox's Heather Nauert made mention of the disastrous Flint water crisis on Tuesday's edition of "Happening Now" only to describe a visit to the White House by Flint's mayor and the democratic presidential candidate's slamming of the state's response to the crisis during Sunday's primary debate "as an example of how political this is now getting."

"Because it raises issue of class and race," fellow Fox host Greg Jarrett explained to Nauert, noting that "[s]ixty percent of the residents of Flint, Michigan are black. Forty-one percent live below the poverty line."

Of course, as Hillary Clinton explained during Sunday's debate: “We’ve had a city in the United States of America where the population, which is poor in many ways and majority African-American, has been drinking and bathing in lead-contaminated water."

“We would be outraged if this happened to white kids, and we should be outraged that it’s happening right now to black kids,” Clinton said at an event in South Carolina on Monday.

But according to Nauert, concern for the citizens of Flint affected by this poisoning -- including President Obama who declared a federal emergency over the Flint water crisis and Bernie Sanders who has called for the resignation of Republican Michigan Governor Rick Snyder -- is merely a ploy to "potentially get more black votes in the coming election."