But unlike her GOP counterparts, Clinton at least knows something is rotten in Flint, Michigan 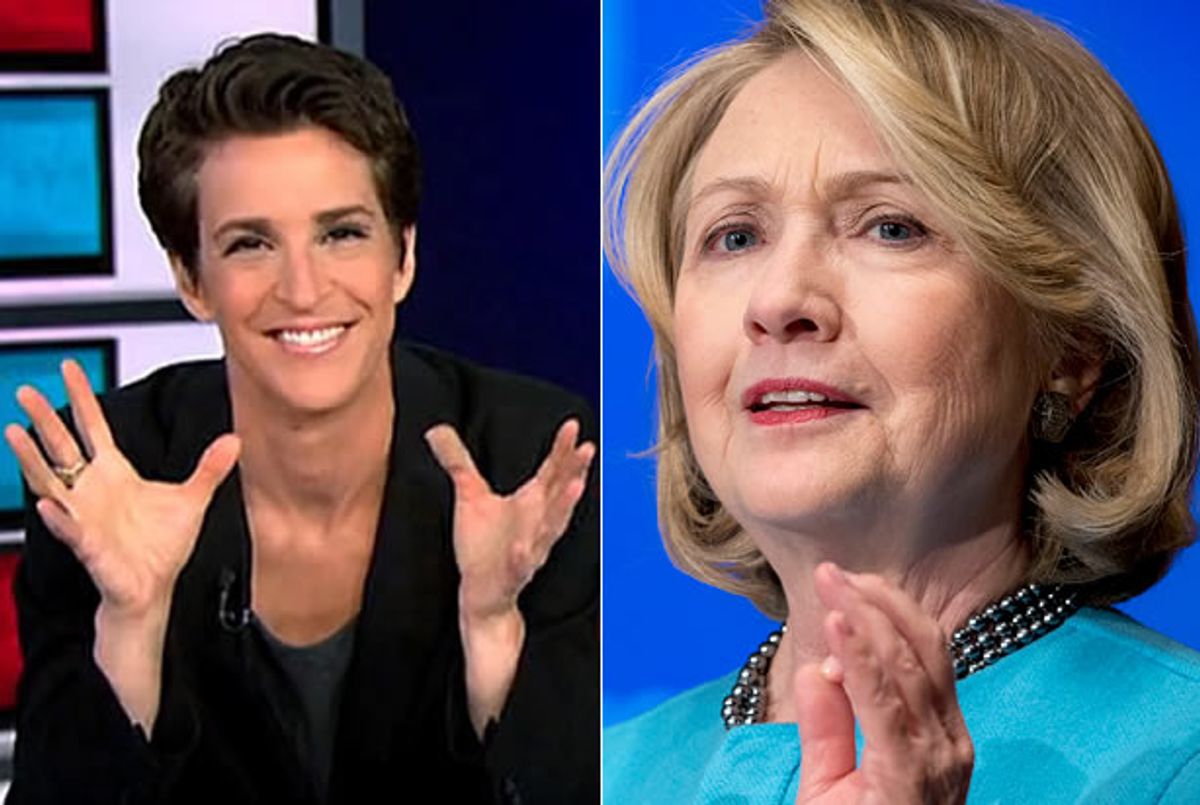 On "The Rachel Maddow Show" Monday, Democratic presidential front-runner Hillary Clinton spoke to the MSNBC host about Sunday's debate, as well as the ongoing water crisis in Flint, Michigan.

As for the "sparse" schedule of Democratic debates, Clinton insisted that her campaign was not deliberately putting them in "TV Siberia, on weekends and holidays," as Maddow suggested. "It was my understanding that in looking at the sequencing of these debates, looking at the numbers of people who watched back in '08, there was a decision to try to have a monthly debate once people were beginning to pay attention and try to drive more viewership," Clinton said.

"And actually," she added, "I believe that we've had more viewers on average this year than we did back in '08."

"I’m not going to substitute my judgment for whatever the thought process was," Clinton continued. "But as to when they've been scheduled, again, what I’m told is that they were partnered with broadcast and networks that wanted to provide the time."

As for the ongoing crisis in Flint, Clinton called it "unconscionable" for "the residents of an American city to be living with water so dangerous that G.M. won't even use it because it was corroding their car parts."

"It's important that the federal government really push the government of Michigan, particularly Governor Snyder, to ask to set up a comprehensive health monitoring for kids who've been exposed," she said.

"I know that the Obama administration is standing ready to assist, but the governor needs to make the ask. He needs to make it now for the sake of those children. The state of Michigan also needs to do its part in dealing with the long-term health and infrastructure issues."

Watch the entire telephone interview below via MSNBC.