“I am greatly honored to receive Sarah’s endorsement,” The Donald said in Iowa Tuesday 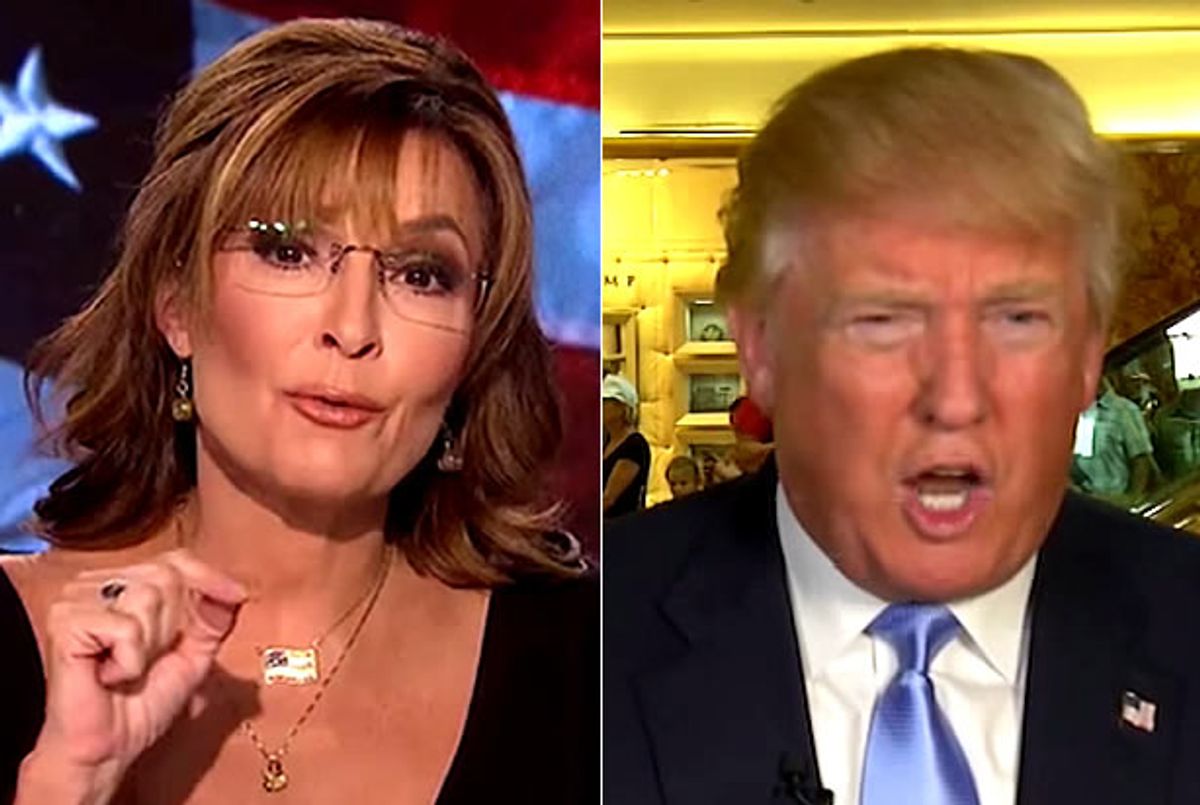 Sarah Palin has put the rumors to rest and made her much-anticipated endorsement in the 2016 Republican presidential primary official, according to a new New York Times report.

“I’m proud to endorse Donald J. Trump for president,” Palin said in a statement provided to the Times by his campaign. The former Alaskan governor is expected to join the frontrunner at a rally at Iowa State University later this afternoon. The Times describes Palin's endorsement as the "highest-profile backing for a Republican contender so far."

“I am greatly honored to receive Sarah’s endorsement,” Trump said in a statement heralding Palin’s endorsement. “She is a friend, and a high-quality person whom I have great respect for. I am proud to have her support.”

Already, Palin's endorsement of Trump is being widely mocked by the likes of right-wing conservatives and Ted Cruz's campaign reacted to early rumors of Palin's impending decision by slamming the former Tea Party darling who endorsed the freshman Texas senator during his insurgent 2012 run:

“I think it [would] be a blow to Sarah Palin, because Sarah Palin has been a champion for the conservative cause, and if she was going to endorse Donald Trump, sadly, she would be endorsing someone who’s held progressive views all their life on the sanctity of life, on marriage, on partial-birth abortion,” Cruz campaign spokesman Rick Tyler said on CNN’s “New Day.”