Stephen Colbert unloads on DNC: "They're going to show the next Democratic debate after the credits of the Fantastic Four"

"This whole election, Democrats have been hiding," Colbert cracks, mocking debates scheduled for no one to watch 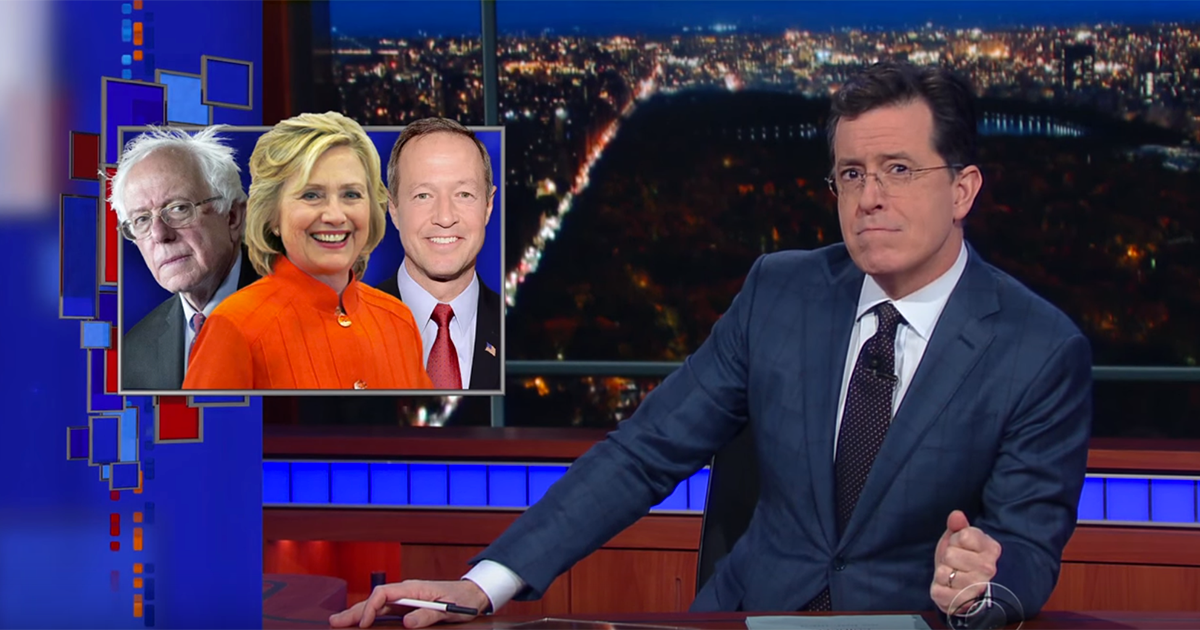 "Late Show" host Stephen Colbert joined the long list of people mocking the DNC for nearly the worst debate schedule possible. The only way Democratic debates could be buried in a deeper time slot is if they were held in the middle of the night between infomercials for the "Bacon Wave" and Chuck Norris selling that weird exercise machine thing.

"This whole election, Democrats have been hiding," Colbert said before rolling a clip of anchors talking about what shows the debate was going up against, including "Downton Abbey," the NFL playoffs and what CNN's Brian Stelter called "Madam Detective." "Yes, last night, America would rather have watched 'Madam Detective,' a TV show that, for the record, does not exist. I believe they're going to show the next Democratic debate after the closing credits of the Fantastic Four."

Since most didn't watch the debate, Colbert did a nice wrap-up. Basically, it had "Bernie Sanders criticizing Hillary Clinton of popping champagne with her Wall Street buddies in a hot tub filled with the tears of poor people. Hillary said Bernie's record on guns means he has innocent blood on his hands that no amount of that hippie Dr. Brauner's Soap can wash off."