Ted Cruz's warmongering, hypocrisy: "A good day for Obama only lasts the seven minutes before Republicans sh*t all over it"

"The full force and fury, because our boats drifted into their waters?" Seth Meyers cracks 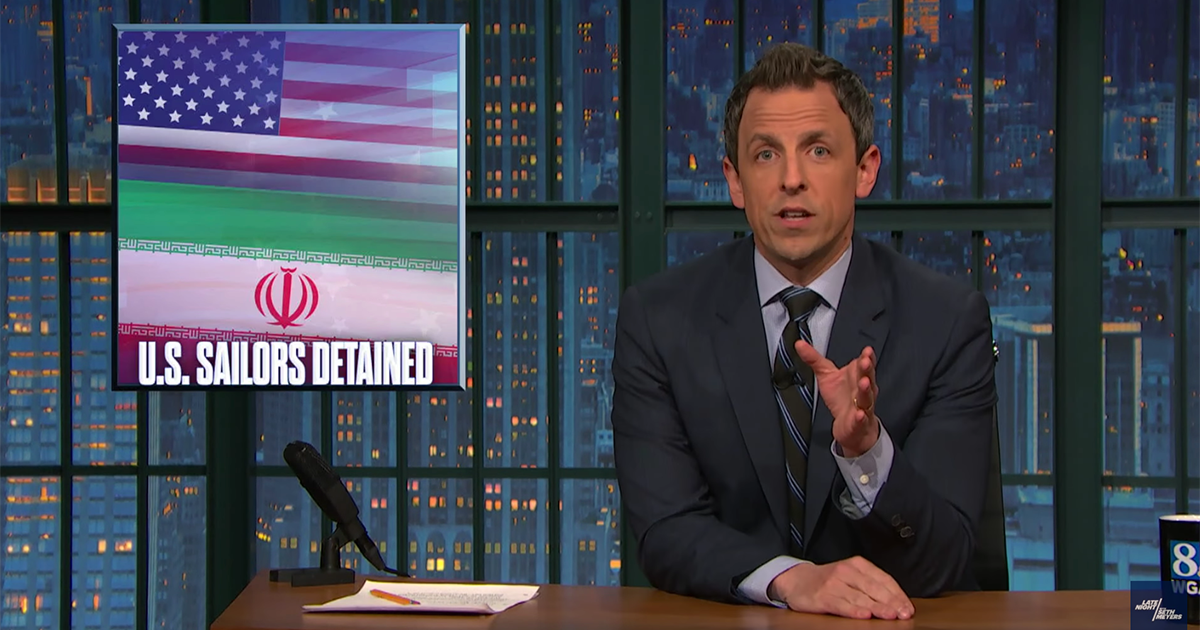 Iran released four prisoners who have been in the country for years as part of a prisoner swap last week. While you would think this would have been a time for celebration, Seth Meyers explained on Monday's "Late Night" that members of the GOP weren't all that happy.

"So, Republicans have been complaining for months that Obama wasn't doing enough to secure the release of the prisoners," Meyers explained. "Ted Cruz called it a 'disgrace for this administration to abandon Americans.' Jeb Bush said it is 'appalling ... there has been no effort to try to support the American held hostages by the Iran government.'" Meyers cracked that "Jeb knows 'no effort' when he sees it, because that's his campaign strategy."

After a year of working diplomatically with Iran for a prisoner swap, they were finally coming home. "Of course, a good day for Obama only lasts the seven minutes before Republicans shit all over it," Meyers said. "Which they did, because they were outraged Obama traded seven Iranian prisoners to get the Americans back."

In another twist, 11 U.S. Navy sailors were released after a snafu by the military that nobody sensible disputes was their fault. After being held for a single day, Obama secured their release as well, only this time, he didn't give up anything. "Surely Republicans weren't upset with that," Meyers said. Oh, but of course, they were, because apparently Iran took a photo of the soldiers on their knees "and to Ted Cruz that photo was an act of war." Meyers showed a clip from Thursday's debate where Cruz threatened to literally go to war with Iran over the photo. "The full force and fury, because our boats drifted into their waters?"

The most embarrassing thing though was glossed over by the GOP. According to the New York Times, none of the Iranian prisoners wanted to go back.

Check out the rest of the GOP's hypocrisy in the video below: