Trevor Noah's love letter to Donald Trump: Thanks for "making Ted Cruz look like a d*ck"

"That’s like getting a guy to cheer for you as you make love to his wife," Noah said, mocking Cruz. 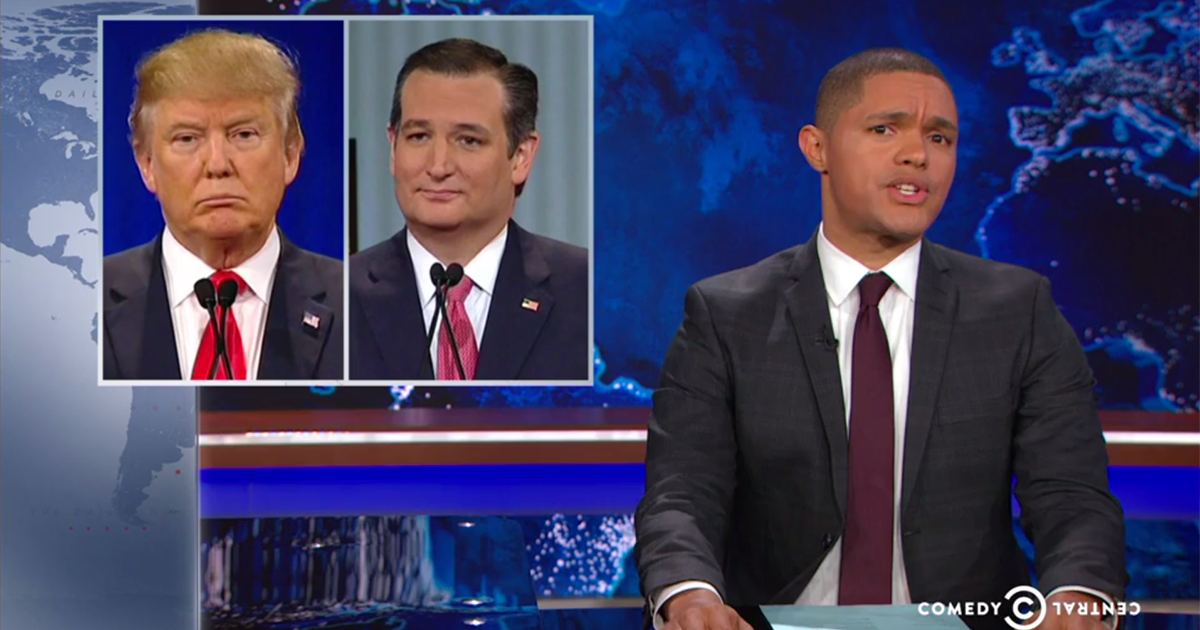 The "Daily Show" doesn't air on Friday nights, so after Thursday's Republican debate, we didn't have the comedians of Comedy Central to critique whatever brand of insanity they tried to serve to the American electorate. That didn't stop host Trevor Noah from sounding off on Ted Cruz's epic slam on "New York values."

Noah began by explaining the complicated relationship between the two front-runners Ted Cruz and Donald Trump as "like your typical American divorce: long, messy, and two people who affectionately stood by each other, couldn’t stand each other."

But then the exchange happened about "New York values." Noah said that he’s never been more impressed with Trump than when he was "making Ted Cruz look like a dick" by invoking the strength of the people on and after 9/11. "Because Trump brought up 9/11, Cruz had to stand there and applaud Trump while he does it. That’s like getting a guy to cheer for you as you make love to his wife...'Can I get you a Gatorade, Mr. Trump, you were putting in quite the workout.'"

As for the Democratic debate on Sunday night, Noah lost it when he saw Sanders rock a "serious, vicious side-eye" at Hillary Clinton when she bizarrely came after him for what she called an attack on President Obama.

So what would happen if you took both debates and did a mashup Clinton fighting back against all of the Republicans at once while Sanders gives them all side-eye? Watch the video below to see it all: