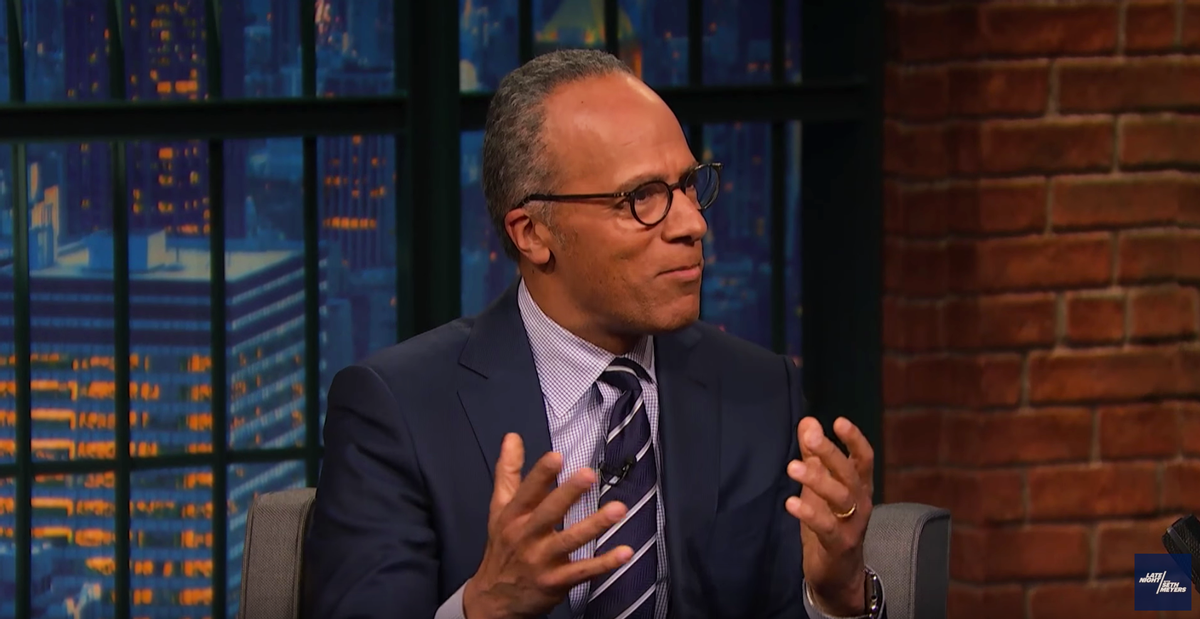 One of the biggest trends on Twitter around the Democratic debate on Sunday night was the lack of questions for Martin O'Malley's. In a breakdown of screen time, both Bernie Sanders and Hillary Clinton were seen 33 percent of the time, and 30 percent was dedicated to commercial breaks. O'Malley only got 3 percent of the debate to talk about the issues.

Monday evening's "Late Night with Seth Meyers" had Lester Holt, debate moderator, answer a question about O'Malley -- who at one point begged for just 10 more seconds. "Not only did I cut him off, I cut him off to promote 'Anger in America,'" Holt said of the promotion he did before the break.

Holt went on to say that O'Malley approached the moderators' podium but made no requests. "He came up once and said, 'How ya doin?' And I said, 'Great! How you doin'?' And then he came up again and said that he would have liked to have gotten that question about the heroin epidemic in the United States." Newsflash to Holt, that was probably O'Malley's polite way of saying "WTF?" Instead, Holt called him friendly.

Check out the rest of the interesting exchange below: