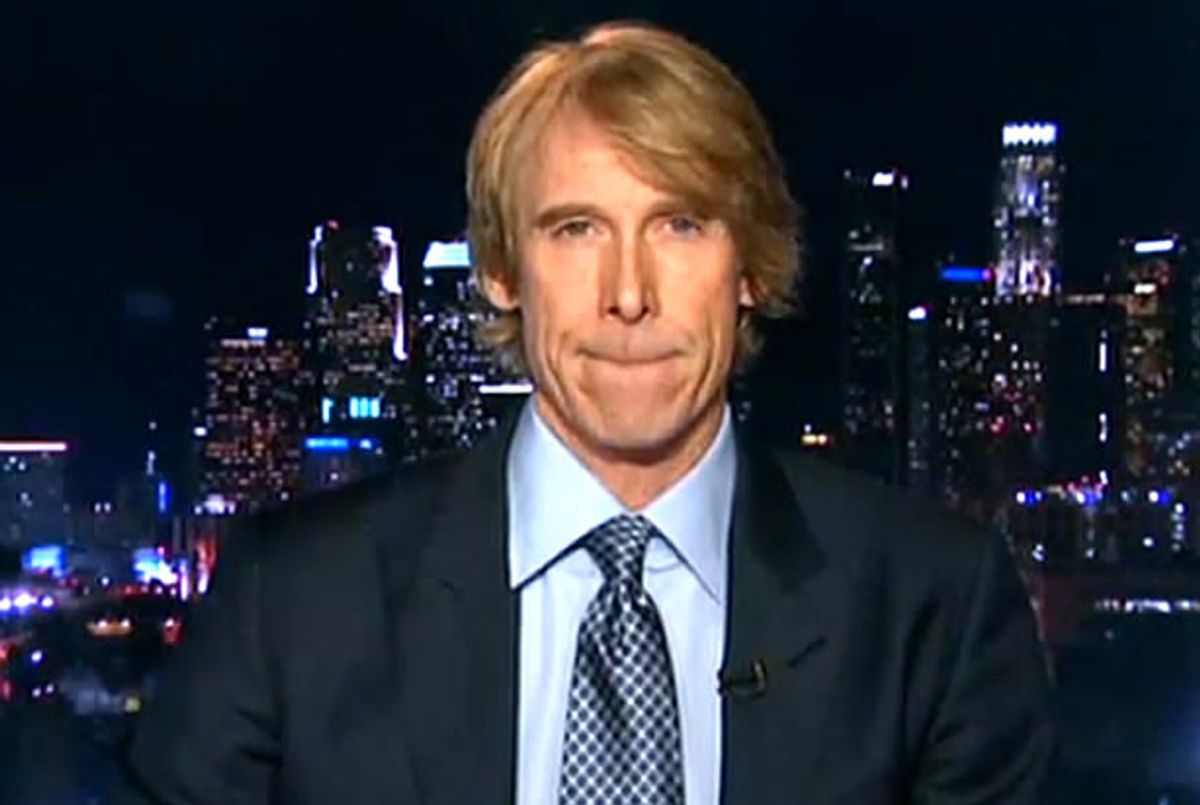 On "The O'Reilly Factor" Tuesday evening, "13 Hours" director Michael Bay tried to convince Bill O'Reilly that the story he wanted to tell was merely a "human" one, and that there was no political motivation behind directing a film that so many at Fox News believe could damage Hillary Clinton's presidential campaign.

"Any message in the film at all?" O'Reilly asked.

Bay replied that Navy SEALs "are an extraordinary group of people," and insisted that the film "avoids the politics...but at the end of the day, it's just a very inspirational story."

"I really enjoyed the movie," O'Reilly replied, "a lot of action, you really know how to do that very well." He noted, however, that "to people who don't really know Benghazi from the news, they might be a little lost."

Bay disagreed, saying "we've gotten a lot of feedback on this movie, I've had two 4-star generals really praise the movie, and both sides of the aisle were really impressed with the movie."

O'Reilly complained that Forbes Magazine, "which normally isn't crazy, [wrote that it] might alienate people who like Hillary Clinton, but I didn't see it that way, you didn't even mention Hillary Clinton in it, did you?"

Bay said that he didn't, because "the politics really get in the way of this human story that happened," but as Fox News' own Megyn Kelly argued on Monday, the politics behind the film are exactly why it's being featured so heavily by Fox News.