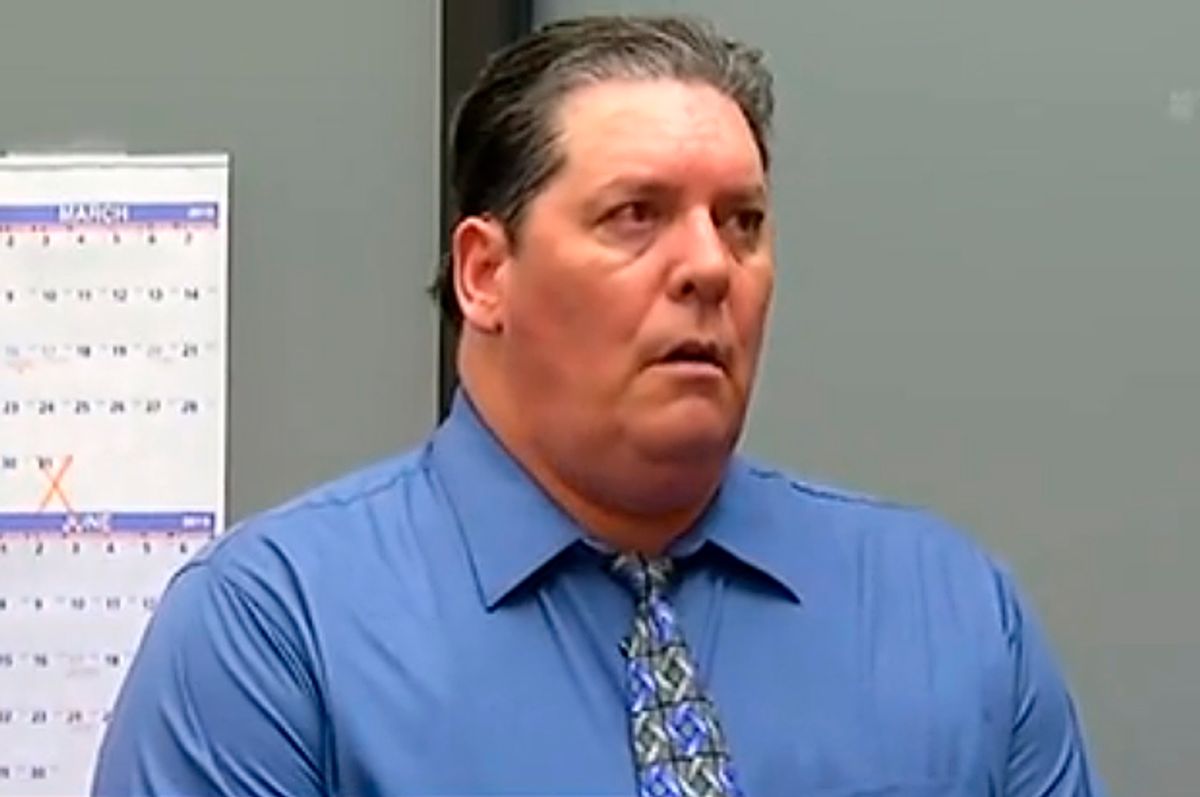 After drunkenly watching Fox News for a week, a California man threatened to shoot up local offices of the Council on American-Islamic Relations, the leading Muslim civil rights group, his lawyer and a CAIR employee said.

A San Diego police detective testified in court that Weissinger had admitted to threatening the San Diego and Washington, D.C. CAIR offices. Weissinger sent CAIR employees an email warning he was going to "kill all of you," according to the detective.

Weissinger pleaded guilty in August 2015 to a charge of making a criminal threat with hate crime allegations and possession of an illegal assault rifle. His lawyers said he sent voicemail and email threats and used "horrible and evil" words.

An employee at the CAIR office in Kearny Mesa, San Diego testified during a preliminary hearing in April. She said she arrived at work on Jan. 15, 2015 and heard Weissinger threatening to shoot CAIR's employees. She called the police and gave them Weissinger's  name, which was listed on the caller ID.

"In no way did we deserve the terror that Mr. Weissinger waged on us," she said in a recorded statement played in court. "Domestic terrorism is unacceptable and must be stopped."

The CAIR employee also revealed that she had seen Weissinger hanging out around the building in the weeks before the threats.

Malowney also noted that the man threatened CAIR after watching Fox News' coverage of the January Paris attacks on Charlie Hebdo, which were claimed by al-Qaeda.

These myths have led to numerous attacks on CAIR. In December, CAIR's D.C. office was evacuated by police after receiving a threatening letter with an unknown foreign substance. It was first suspected of being poisonous, but later found by authorities to be safe.

Late last year it was revealed that Fox had given a platform for 13 years to a far-right con artist who was posing as a former CIA agent. Conman Wayne Simmons had propagated several baseless anti-Muslim myths like these.

On numerous Fox News program for more than a decade, Simmons had advocated racial profiling of people from Muslim-majority countries; claimed there are "at least 19 paramilitary Muslim training facilities in the United States"; and warned that the U.S. media is controlled by al-Qaida.

Fox News has also been accused of effectively spreading ISIS propaganda by broadcasting and exploiting brutally violent recruitment videos made by the extremist group.

In February 2015, the new outlet was criticized after circulating a gruesome, uncensored 22-minute ISIS propaganda video of a captured Jordanian pilot being burned to death. YouTube and Facebook banned users from posting the video. Fox News was one of the only networks to run the video.

Counter-terrorism analysts told The Guardian that Fox was effectively empowering the so-called Islamic State. One expert noted that extremist groups like ISIS "seek to strike terror in the hearts and minds of people globally, and by perpetuating these videos and putting them out there into the internet, it certainly expands the audience and potential effects."

Another counter-terrorism expert said the "whole value of terror is using the media to spread terror," asserting Fox News producers "are literally – literally – working for al-Qaida and ISIS' media arm."

He added, Fox "might as well start sending them royalty checks."