Glenn Beck left disillusioned after Sarah Palin endorses Trump: "Maybe the press was right about her" 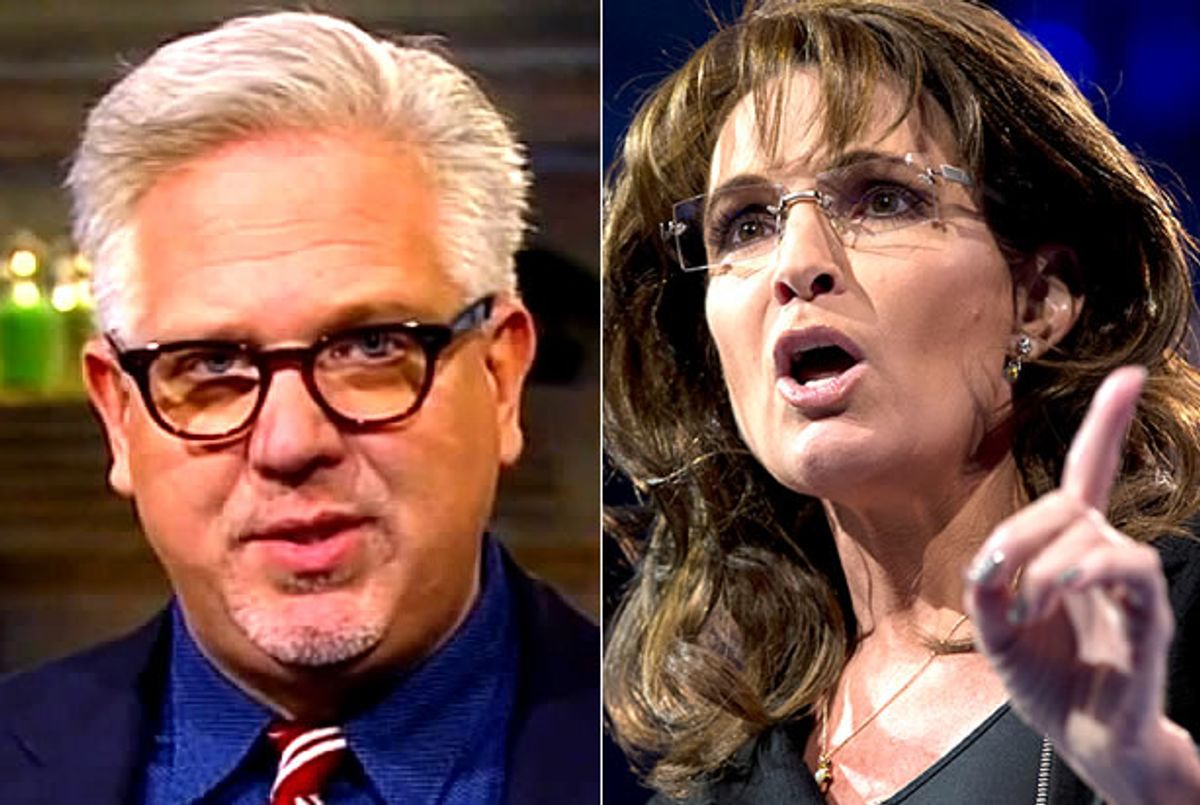 Unlike many in the right-wing talk radio sphere, Glenn Beck has long been a vocal detractor of Republican presidential frontrunner Donald Trump. For months, Beck has stood in utter disbelief as his fellow conservative talkers have championed the campaign of the former reality TV star -- a man Beck has described as “the biggest flaming [ass] that you could possibly imagine.”

But now that The Donald has received the biggest endorsement of any Republican candidate in the race so far -- from none other than Mama Grizzly herself, Sarah Palin -- Beck is left completely disillusioned, forced to second guess his past support for the former half-term governor of Alaska and join with other conservatives in righteously mocking the pairing.

Beck took to his Facebook page Tuesday evening to express his disgust at the news of Palin's endorsement, writing "I couldn't disagree with [Palin] more but she has played the game now for years. Perhaps she knows more than those of us still on the outside." Trump, of course, has flirted with the idea of naming Palin to his would-be cabinet.

"Maybe the press was right about her but for all of the wrong reasons," Beck added:

Beck's path to disillusionment with Palin has been a long one. In September he admitted that he was left "with total confusion on [Palin's] love affair with Donald Trump," declaring that “Sarah Palin has become a clown"(a comment he later apologized for).

"I’m embarrassed that I was once for Sarah Palin," he told his Blaze radio audience:

I saw a clip of her talking to Donald Trump. What the hell is that? I don’t even know who she is any more. I don’t know what she stands for. I don’t know. She doesn’t know what I stand for. We had a falling out long ago because she listened to people who were lying to her about me. Fine. Don’t care. I don’t care.