He declined, however, to say which of the Democratic candidates he would be endorsing 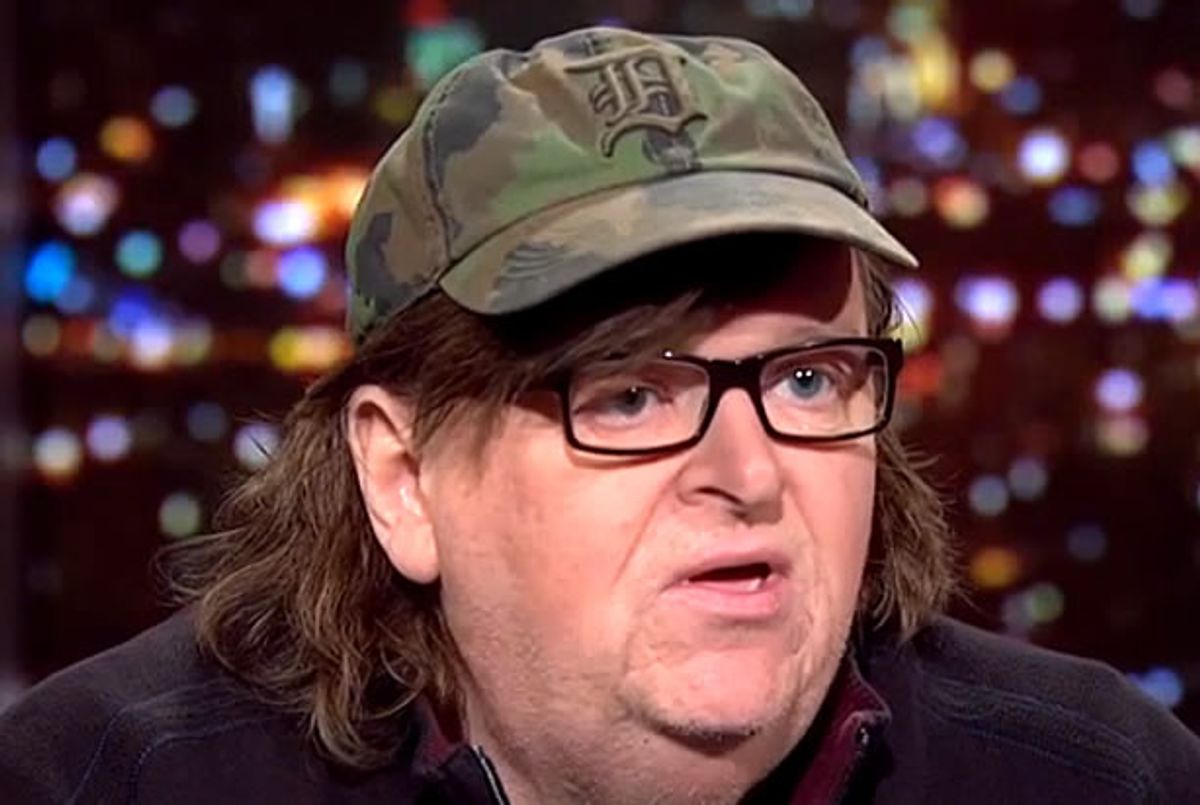 On "All In with Chris Hayes" Tuesday night, filmmaker Michael Moore discussed who he would and wouldn't endorse in the Democratic primary.

He began with a bit of waffling, noting that he endorsed Bernie Sanders' Senate run decades ago, but also admitted he had a "forbidden love" for Hillary Clinton that made it difficult not to support her as well. He did say that he believed that the winning candidate will be anyone with the "D" next to his or her name, however, especially in light of Sarah Palin's endorsement of Donald Trump.

"That endorsement by Sarah Palin, I really thought I'd turned on Comedy Central and was looking at Darrell Hammond and Tina Fey -- that was beautiful," he said.

"Eighty-one percent of eligible voters in this country are female, people of color, or between the ages of 18 and 25," Moore continued. "Trump has upset and offended all three of those groups."

"The angry white guy only makes up 19 percent of the population, and Trump can't get to the White House on that," Moore said, before refusing to announce who he would in fact be endorsing. "Is there another gift I can give you? My politics align closely with Bernie's, but we have a historic moment where we can elect the first woman president of the United States."

Watch the entire interview via MSNBC.