Please don't boycott the Oscars, Chris Rock: The TV audience needs you now more than ever

For those of us who aren't attending live, the Oscars are supposed to be good TV—and Rock always delivers 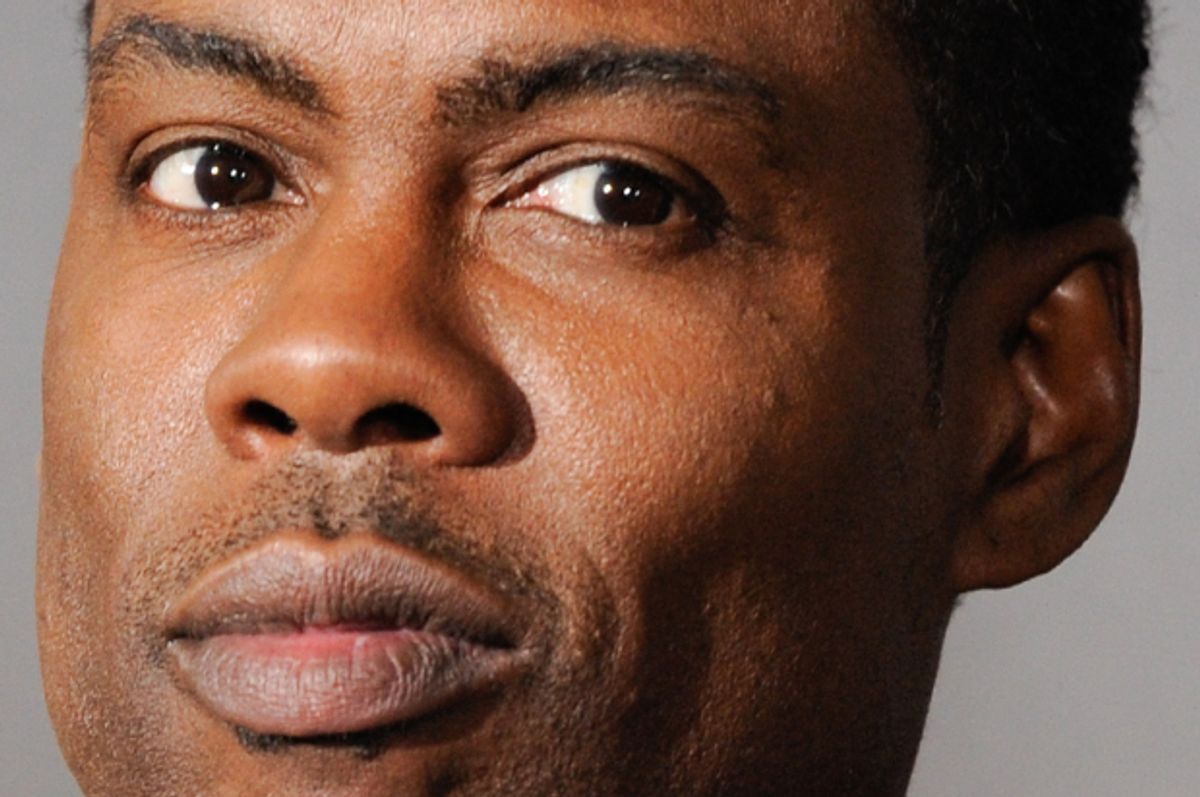 This morning the news broke that Spike Lee, Will Smith and Jada Pinkett-Smith will not be attending the live presentation of the Academy Awards this year—directly in response to a slate of nominees that includes not a single actor of color. In what is perhaps the most egregious example, the films “Creed” and “Straight Outta Compton” had plenty of black talent attached to each, but the academy found a way to honor only the white creatives participating in each—and neither is honored for best picture.

It’s bad. In an industry that has been engulfed by change in the past decade, the Academy Awards are remarkably conservative; indeed, it’s gotten worse. There isn’t a single actor of color nominated, whether black, Latino, Asian or Native American; Leonardo DiCaprio vehicle “The Revenant” is the closest the academy came to honoring a story about First Nations peoples since “Dances With Wolves” (1990), and DiCaprio’s Golden Globe speech aside, “The Revenant” is about two white men trying to kill each other. (Director Alejandro G. Iñárritu, who is Mexican, is the only director of color nominated this year.)

This understandable frustration has led to several actors of color voicing their frustration with this year’s Oscars—and went so far as to provoke Lee and Pinkett-Smith to announce their boycott on social media. Other performers chose to call it like they saw it in different ways. Ice Cube, speaking to radio host Angie Martinez, quipped that “Maybe we should have put a slave in ‘Straight Outta Compton.’ I think that’s where we messed up.” And Oscar-nominated Don Cheadle tweeted, “Come check me out at #TheOscars this year. They got me parking cars on G level.”

Gossip, and/or Twitter, has now begun to discuss what host Chris Rock should do. The comedian has already taped promos for this year’s awards ceremony—and given that hosting is a lucrative, contracted gig, it’s unlikely he’s dropping out. Pinkett-Smith, in her Facebook video announcing her decision not to attend, both calls on other people of color to consider their participation and then at the end directly lauds Rock for his upcoming gig. “Chris, I will not be at the Academy Awards, and I won’t be watching, but I can’t think of a better man to do the job at hand this year than you, my friend. Good luck.” Ricky Gervais, just off of his own intensely despised Golden Globes hosting gig, offered up the idea that Rock might do more for his point of view by participating in the ceremony instead of opting out. And Cheryl Boone Isaacs, the president of the Academy of Motion Picture Arts and Sciences, has taken the kerfuffle around this year’s nominees to heart enough to issue a statement announcing “dramatic steps” toward better diversity in AMPAS membership.

Chris Rock should do whatever he wants to do, or thinks is best to do. Personally, I’d love to see him onstage on the night of the Oscars. As the host, he’ll have an enormous opportunity to use that stage as a platform and make a tidy sum off of the evening. An all-white acting slate makes for four whole categories that can be crammed full of snark, top to bottom; the academy’s pretentious navel-gazing is at an all-time high for mockery.

Plus: This is not some untrained rube who’s never told a tough joke to a hostile audience. This is Chris Rock! This is one of the best stand-up comics in the country, period, who has been unafraid to speak his mind ever since he started out working open-mic nights. He has incredible mastery over a monologue, especially one he’s written; he can and has sold material that would get other comics in very deep hot water. He’s made films on the black experience—like HBO’s “Good Hair,” in 2009, and the feature film “Top Five” (2014)—and walked away from gigs, like “Saturday Night Live,” when they’ve pigeonholed him. In 2005, right before he hosted the Oscars the first time, Rock told Entertainment Weekly that the awards are “idiotic,” adding, “Come on, it's a fashion show. What straight black man sits there and watches the Oscars? Show me one. And they don't recognize comedy, and you don't see a lot of black people nominated, so why should I watch it?” Indeed, just last night, Chris Rock delivered a recitation at Harlem Riverside Church on Martin Luther King Jr. Day of James Baldwin’s 1963 letter, “My Dungeon Shook.” It is not comic, it is devastating. It includes this:

This innocent country set you down in a ghetto in which, in fact, it intended that you should perish.  Let me spell out precisely what I mean by that, for the heart of the matter is here, and the root of my dispute with my country.  You were born where you were born, and faced the future that you faced because you were black and for no other reason.  The limits of your ambition were, thus, expected to be set forever.  You were born into a society which spelled out with brutal clarity, and in as many ways as possible, that you were a worthless human being.  You were not expected to aspire to excellence: you were expected to make peace with mediocrity.

What I am trying to say is, there is no one more perfect for hosting the Oscars this year than Chris Rock. It’s hard to imagine a better combination of skill and relative woke-ness. Chris Rock knows exactly how awful the Oscars are, and he knew in 2005, and the academy invited him back anyway for another round this year, because he’s motherfucking Chris Rock. I hope he comes through. If nothing else, the broadcast will be interminably boring without him.