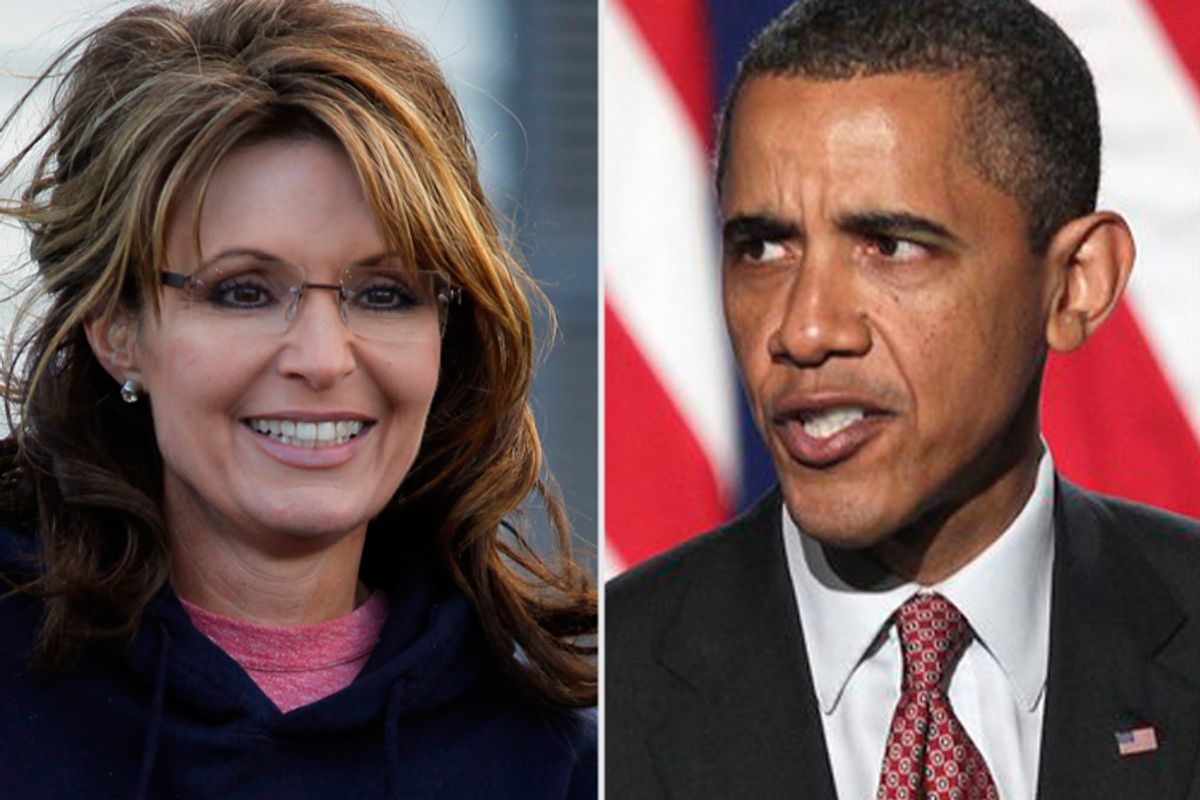 Acknowledging that "it’s kind of the elephant in the room" during a rambling speech at a Donald Trump rally this week, Sarah Palin proceeded to imply that her son Track's violent behavior and subsequent arrest for a domestic dispute this week was caused by PTSD, somehow also managing to deflect blame to President Obama:

When my own son is going through what he goes though coming back, I can certainly relate to other families who feel these ramifications of PTSD… our soldiers do return with. And it makes me realize more than ever it is now or never for the sake of America’s finest that we have a commander-in-chief who will respect them. They have to question if they’re respected anymore. It starts from the top. The question, though, that comes from our own president where they have to look at him and wonder, ‘Do you know what we go through? Do you know what we’re trying to do to secure America?

Asked about Palin's comments during Thursday's briefing, White House press secretary Josh Earnest did not say if the president had seen Palin's comments but did criticize what he called "the reaction by some ... to make light of some of the rhetoric that we see on the campaign trail, particularly from governor Palin."

"The sacrifices that many of our men and women in uniform make for our safety and security are not a joke," he continued. "And sometimes those jokes come pretty easy. But in this case, the issues she’s talking about are quite serious, and certainly issues that we take quite seriously here.”

On CNN Wednesday, Trump -- whose campaign Palin was touting when she made the comments linking her son's recent arrest to President Obama -- defended his biggest endorser's controversial comments.

“Look, you know, everything starts at the top and he’s the president. And I think you can certainly do that. From what I understand, they just — and all you have to do is look at the Veteran’s Administration, look at the bad, the horrible care our vets get," Trump told CNN's Don Lemon.