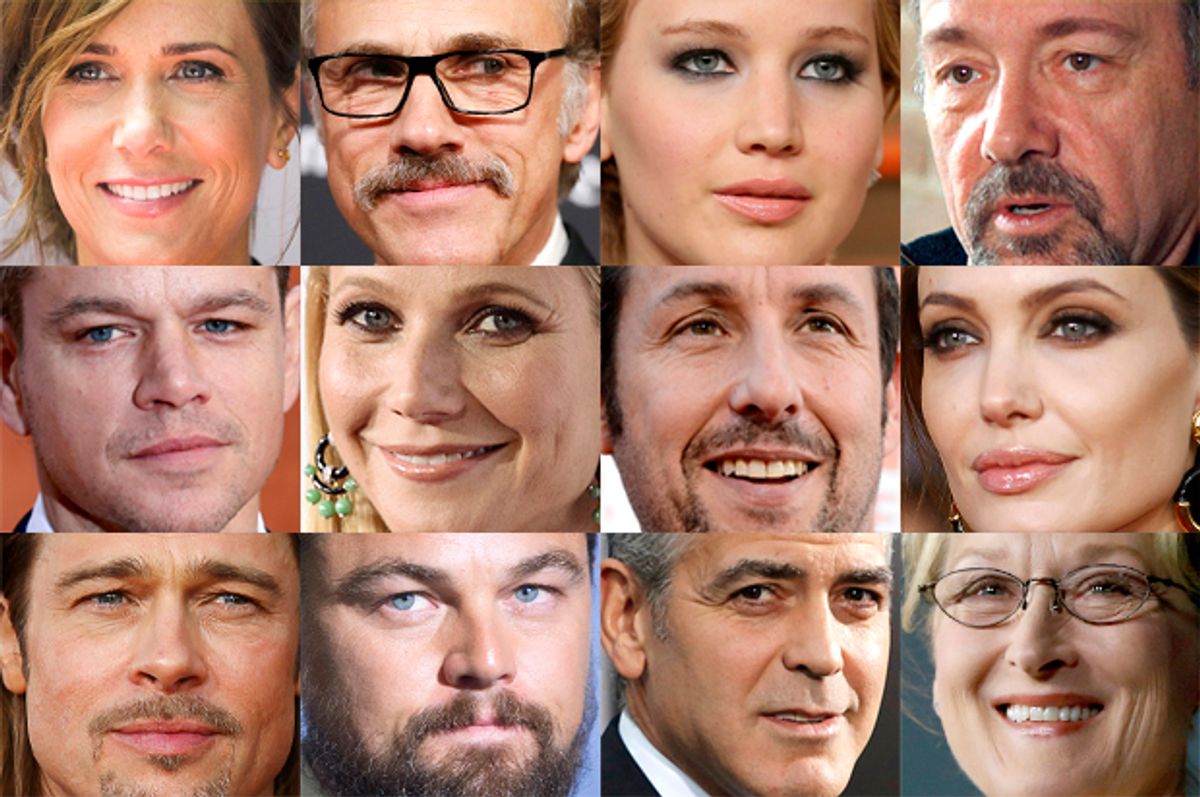 For a long time, the Academy of Motion Picture Arts and Sciences has had a problem: Its membership has been older, whiter, and more male than the nation and the film audience as a whole. In recent years, this has gone from being something people had a vague sense of to an inescapable fact. And this year, that fact caught fire, and the #OscarsSoWhite movement has become a cultural adjunct to #BlackLivesMatter.

But what does the Academy do now, as protests, frustrations, and boycotts mount over the all-white acting slate for this year’s awards? A New York Times story describes what might be in store:

The talk of possible changes follows calls to boycott this year’s Academy Awards ceremony after no minority actors were nominated for a second consecutive year, and “Straight Outta Compton” and other black-themed contenders were not among the eight nominees for best picture.

One of the likeliest quick changes would be an immediate return to a 10-film field of best picture nominees, said the people, who spoke on the condition of anonymity because of confidentiality strictures. That was the case in 2010 and 2011, but it would not guarantee more range in the films nominated. Only “The Blind Side,” which featured a young black actor, Quinton Aron, and “Precious: Based on the Novel ‘Push’ by Sapphire,” could make a serious claim to ethnic diversity among the best picture nominees in those years.

There’s also talk about expanding the number of acting nominations from five to eight or 10.

These changes may make some small, incremental improvements. A wider field this year, for example, would have been more likely to net Idris Elba a nomination for “Beasts of No Nation” or Michael B. Jordan for “Creed,” or both. And with a wider field, perhaps the old "It was just a competitive year!" defense could be decommissioned.

But the roots of the problem are deeper: They have to do with the culture of Hollywood -- its cronyism, insularity, and nepotism. (Elba, for what it’s worth, is British, and became known to audiences in part through television shows like “The Wire” and the British series “Luther.”)

The Oscars themselves resemble American politics: Voting is a central issue here, and actors — a majority of them older and white — make up the biggest proportion of Oscar voters. Until that changes – until more actors of color are cast, and the Academy recruits more black, Asian, and Latino actors – the imbalance will persist. If actors can enter the Academy based on the number of speaking roles they’ve taken, instead of being invited in, for instance, the mix might improve.

One of the sharpest commentators on the mess has been Mark Harris, author of “Pictures at a Revolution” and "Five Came Back," who has Tweeted on how deeply rooted the problem is. Harris makes some good individual points, but the center of his argument is that the problem is the industry, not the academy. It's also about how the industry defines quality. The Oscars is about prestige films – movies made (and funded) so that they get media attention and awards rather than (or in addition to) generating box office.

And if “prestige” means white in Hollywood, we’ve still got trouble. Could a boutique studio make the film version of a smart, serious show like “The Wire” that revolved around people of color and also aimed for an educated, diverse audience? Why has this worked better in television? Why does TV have “Empire,” "How to Get Away With Murder," “Master of None,” “Mozart in the Jungle,” and a whole slew of shows with non-white leads, as well as a hit female-helmed shows like “Transparent” that dive into fraught and complicated issues of gender and sexuality? These programs are not just around the edges, but the center of TV’s discourse, its economy of prestige.

Is it that television typically costs less to make, so cable and studios like Amazon and Netflix can take more chances? With the way media attention works in television as opposed to movies? Or does it have to do with the culture of movie-making? Is it that cable and studios like Amazon and Netflix have a broader sense of audience and what kind of programs are worth trying?

But whatever it is, unless the thinking in Hollywood shifts, the other things don’t matter much, and the Academy is just a symptom.

This is not to let the Academy off the hook. Until the movie world – its culture and psychology – changes, its awards will skew white no matter how many nominees each category has. Hollywood has to look deeper.