Let's get real, Bernie fans: It isn't "giving up" to admit a revolution isn't coming

Sanders supporters have embraced the candidate's calls for a revolution. But structural barriers are real 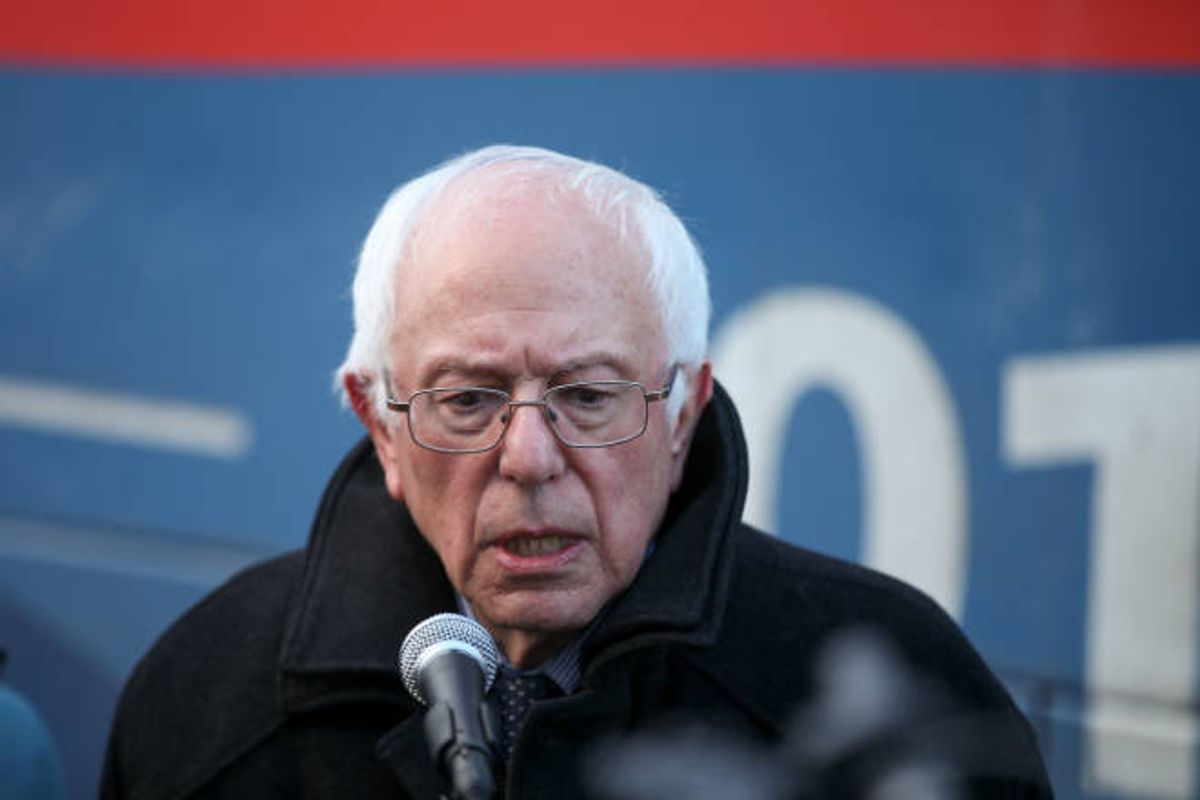 This past week has brought the shape of the Democratic primary into sharper focus. As we head into the start of voting, anyone paying attention to the arguments being made among voters, political professionals and opinion columnists should be able to recognize that the nomination fight is a battle between Hillary Clinton’s continuation of the pragmatic and incremental leftward policy push begun by Barack Obama, and the whole-loaf, smash-the-system revolution promised by Bernie Sanders.

One argument that pundits such as Jonathan Chait and Paul Krugman have made, and which I think is being yadda-yadda’d a little too much by Sanders’s supporters, is the observation that any Democratic president will be hamstrung by what will almost assuredly be a Republican-controlled Congress. Thanks to gerrymandering and demographic sorting (the habit of liberals to live in clusters in major cities while conservative voters are more evenly spread out through the country), the House of Representatives has little chance of seeing a Democratic majority either this year or in 2018.

Democrats have a better chance of retaking the Senate, but even there they will not have anything close to a 60-vote supermajority that can stop Republican obstructionism. Furthermore, there will still be enough moderate and conservative Democrats in the chamber to water down any liberal legislation. Add in that the Democratic caucus will likely be led by Chuck Schumer, who is not exactly Elizabeth Warren, and it is very likely that the Senate will be the same chokepoint it has been for most of our history. (And for which our sainted Founding Fathers designed it to be.)

Pointing this state of affairs out is not “giving up” or “accepting the Trumpization of America” or even “mushy centrism.” It is math. If you want more liberal policies signed into law, you need more than a very liberal president. You need more liberal legislators and policymakers at the federal and state and local levels.

Bernie Sanders himself seems to get this. As the great Charlie Pierce puts it over at Esquire:

“It would be a long pull up a dirt road for Sanders to get anything done along the lines he proposes in his campaign. This is why, at every stop, he reminds people that he can't do it alone. That is what his whole "political revolution" riff is about.”

This is something I think gets overlooked in all the talk about Sanders’s revolution. For evidence, one only need look back at the early years of the Obama administration.

Recall that in 2008, Obama’s election was accompanied by hopefulness that he was the beginning of an ascendant wave of liberalism. There were always problems with this hope, but the biggest turned out to be something that not too many people saw coming: the unprecedented Republican obstruction in Congress. Even so, Obama managed to push through the healthcare reform which, no matter what you may think of the merits of Obamacare, was without question the largest left-leaning policy change in over 40 years.

Then came the 2010 elections, which famously gave the House back to the Republicans. But equally important was the beginning of the far right gaining control of governor’s mansions and state legislatures across the country. It was, as Obama conceded, a “shellacking.” The reasons for this shellacking are numerous, but one stands out in comparing Obama’s moment in 2008 to Sanders today. Which is this: Where was the wave of legislators that could have sent more liberal bills to his desk?

The answer is that either these legislators do not exist, or they could not get elected in their various gerrymandered state and federal districts around the country. Now, you can argue that Democratic organizations, most infamously Organizing For America, fell down on the job of keeping the push for an effective national liberal movement going. You can argue that liberals were greeted with indifference or even outright hostility by the national Democratic party. I’m sympathetic to that argument.

But any sympathy does not change the underlying dynamic of where we are now. Which is that there is little evidence that Bernie Sanders, should he win the presidency, will be bringing a fresh wave of far-left congressmen and women to Washington with him. Nor is there any reason that I know of to think that the statehouses will suddenly see an influx of liberal legislators after November. There is some talk about him energizing people to get to the polls. Which is always good! But what kind of names will be down-ballot of his when they get there?

This is not to argue that everyone should forget Sanders and go vote for Hillary Clinton, though obviously I fall into the incrementalism, get-what-you-can-within-the-system’s-constraints camp. But the constraints are there, they can’t be wished away, and they make rapid change nearly impossible in our polarized times. So I think it’s important for supporters of liberalism to remember them and to decide, no matter who is the nominee, the practical goals they will need to achieve to overcome them.