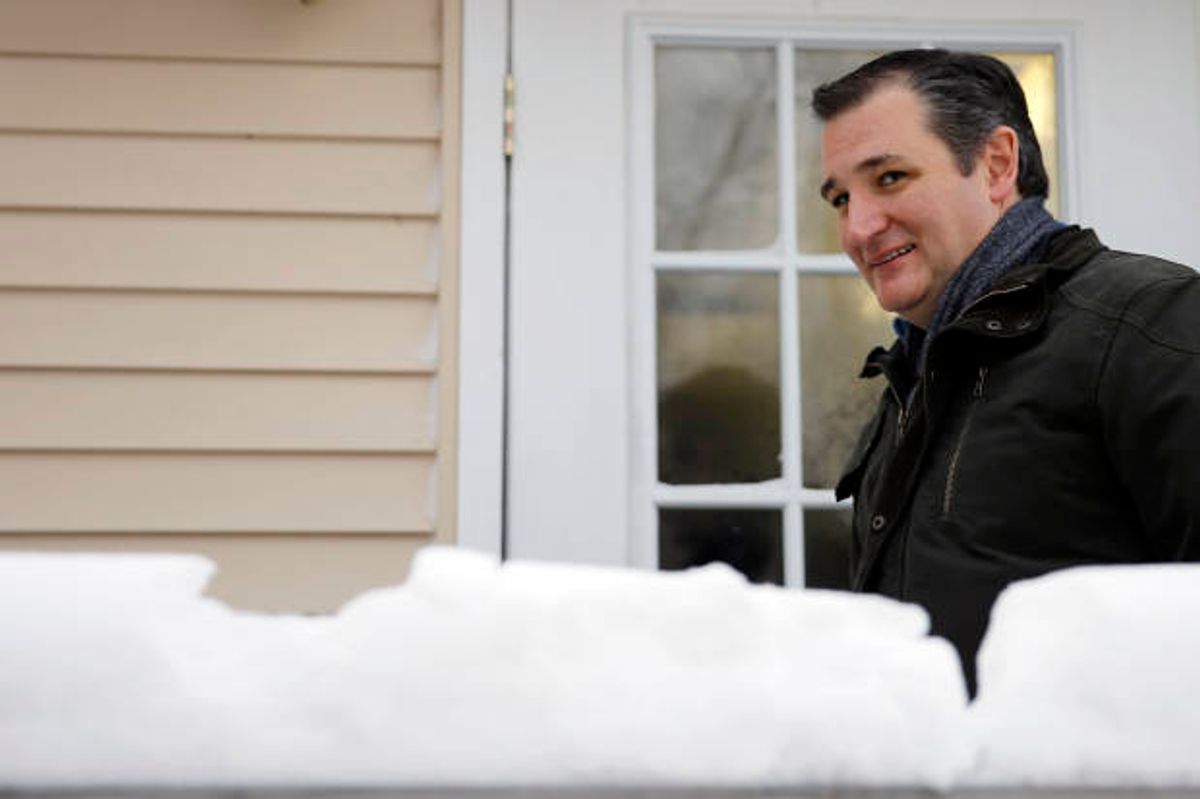 While most other Republican presidential candidates are feigning ignorance on the devastating lead contamination of Flint's water stream or doing their best to deflect criticism from Michigan's Republican Governor Rick Snyder, Ted Cruz's campaign is out on the ground helping the people impacted by the disaster -- well, only some of the people.

Cruz's Michigan state director Wendy Lynn Day announced this week that the campaign had coordinated with anti-abortion group Flint Right to Life to collect water bottles to be distributed only to crisis pregnancy centers in the area. The water is for "expecting moms and moms of little ones," Day wrote in a Facebook post soliciting donations.

But as Refinery 29's Lilli Peterson points out, "the Cruz campaign's donation isn't as helpful as it could be":

Crisis pregnancy centers are antiabortion organizations aimed at persuading women to keep their pregnancies, sometimes through misinformation and manipulation. In donating to a crisis pregnancy center — as opposed to, say, a school or ideologically unaffiliated organization like the Red Cross — the Cruz campaign overlooks the children who have already been poisoned by toxic water.

Last week, the doctor whose testing forced the state to finally acknowledge the contamination recommended that all 8,657 of Flint children younger than six be treated as though they have been poisoned.

Still, the efforts of the Cruz campaign -- as narrowly targeted as they are -- go further to aid the nearly 100,000 residents of the midwest town than any of his Republican rivals.

While Cruz assigned all three levels of government equal blame during comments he made this week, he did also call the man-made crisis "an absolute travesty." Marco Rubio, on the other hand, claimed that the ongoing water crisis is "not an issue that right now we’ve been focused on" in order to squirm out of a comment, while Detroit native Ben Carson completely neglected to mention Gov. Snyder when he condemned the crisis as a failure of the "the federal bureaucracy" and the EPA.