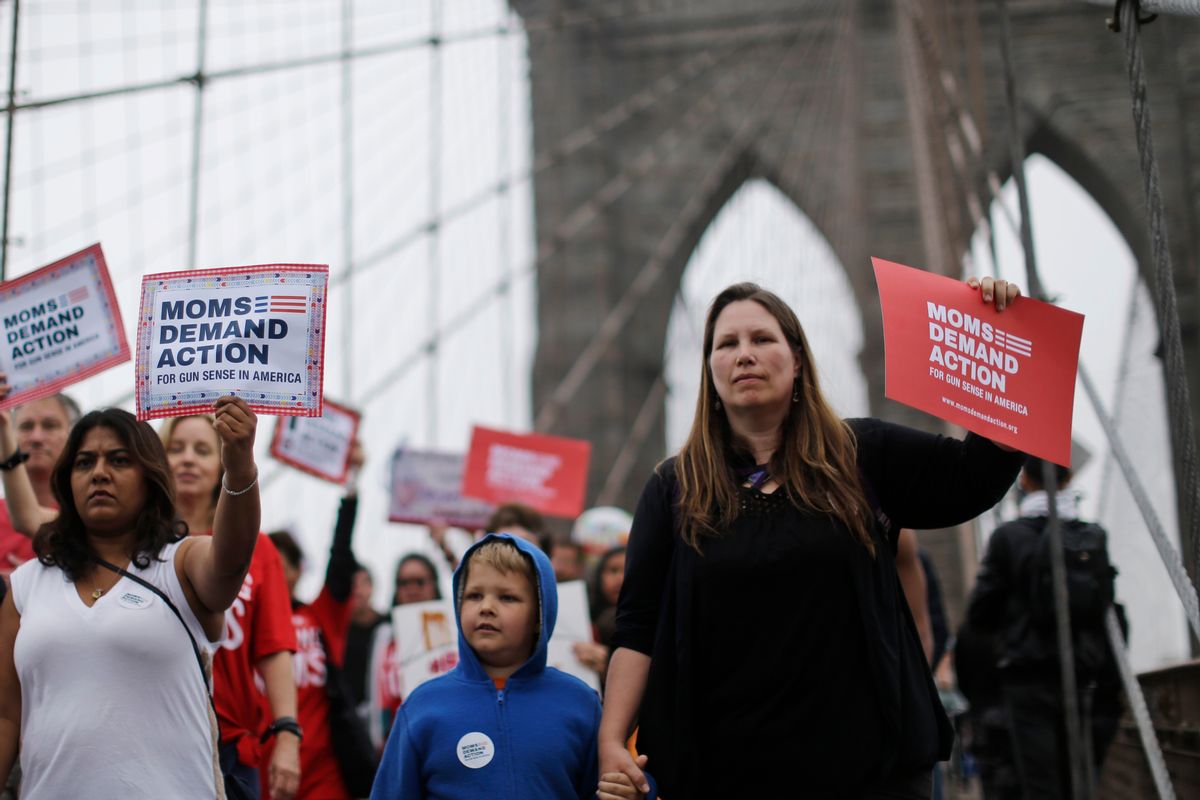 Demonstrators march over the Brooklyn bridge during the third annual Brooklyn bridge march and rally to end gun violence Saturday, May 9, 2015, in New York. Organizers said the proliferation of guns results in an average of more than 80 deaths a day across the country. (AP Photo/Mary Altaffer) (AP)
--

Four films will premiere at the Sundance Film Festival starting today through January 31 -- all focusing on gun control. "As You Are," "Newtown," "Under the Gun" and "Dark Night" each make a plea for stricter gun laws in the United States.

In screening such films it seems the Festival is taking stance on the gun debate.

Watch our recap of gun-related films premiering for the first time at this year's festival.